A news conference was held by the sister, aunt and cousin of Thurman Blevins Jr. Monday outside City Hall to call for charges against the officers. 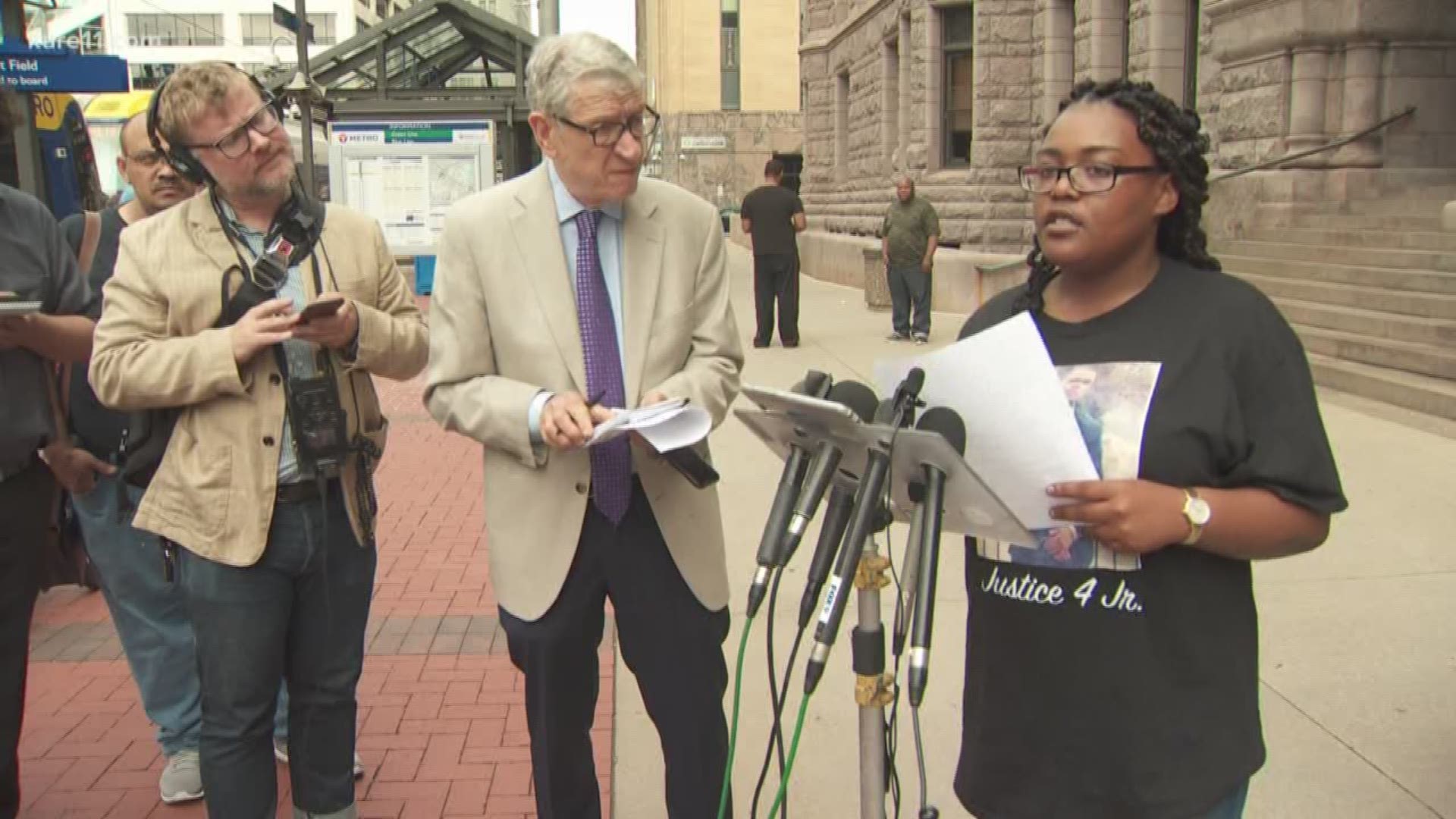 MINNEAPOLIS - Relatives of a black man fatally shot by Minneapolis police officers say the killing wasn't justified and they're demanding criminal charges against the men.

At a news conference Monday, community activist Mel Reeves said they're planning a community meeting for Wednesday about the killing of Thurman Blevins Jr. He was joined by Blevins' sister, aunt and cousin.

Authorities say officers Ryan Kelly and Justin Schmidt shot Blevins after chasing him into an alley June 23 while responding to a report of a man firing a handgun.

Investigators say a gun was recovered at the scene. But some witnesses say Blevins was carrying a bottle or a cup.

Reeves and Blevins' relatives say the officers should not have shot someone who was running away. They believe he posed no threat to anyone.

The Minnesota BCA, when asked for comment, stated, "The BCA’s investigation is active and ongoing." The Minneapolis Police Department said it would be "inappropriate" for them to interject anything in response to the family's news conference, at this time.