About 3,500 people have signed up to adopt-a-drain, but there are still hundreds of thousands of drains in the metro area out there. 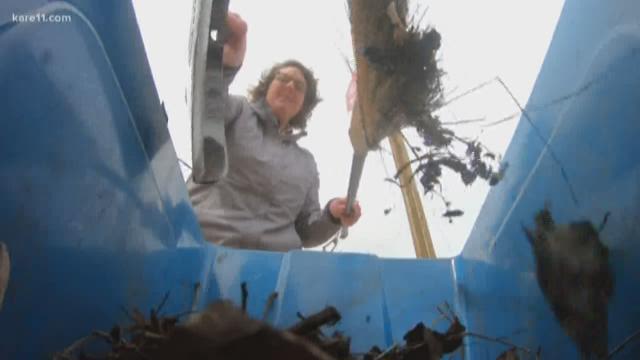 A common sight along Thomas Ave. in St. Paul is Lucia Hunt with her storm drain kit.

"Clear leaves and debris," said Hunt as she cleans a drain near her home. "Part of my schedule now."

She's out there several times a week, clearing drains as trash and debris emerge after the snow melt.

That debris may be washing into drains, and eventually into our beautiful bodies of water.

"You can catch as many as you can, even if they're not officially adopted," said Hunt, pointing to all the drains in her neighborhood.

"Protect our local waterways while cleaning up our neighborhoods," said Larson.

Adopt-a-Drain started in one St. Paul neighborhood. Now, about 3,500 people have signed up.

"Just last week launched it in every city in the seven-county metro area," said Larson.

It's been making a difference. Larson says the program has prevented 50 pounds of phosphorous from getting into our local waterways.

"Doesn't feel like a lot, but cumulatively, it makes a big difference in our waterways," said Larson.

She's hoping for more volunteers, with hundreds of thousands of drains waiting to be adopted throughout the metro area.

If you would like to adopt a drain, go to adopt-a-drain.org.