Minneapolis Police are now investigating a shooting Wednesday at Phelps Park, which happened near dozens of youth football players. 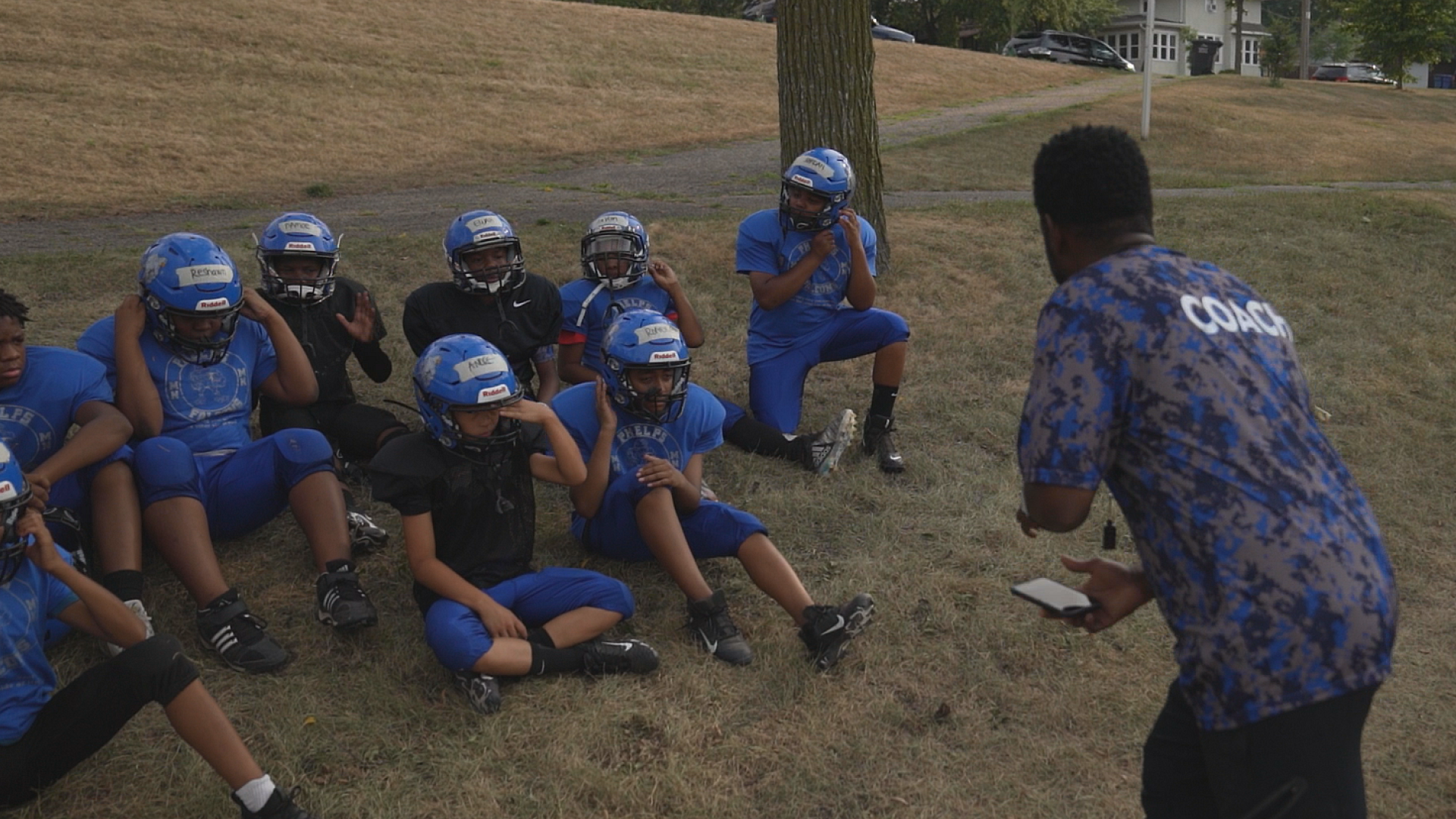 Thomas, the head coach of the Phelps Falcons sixth-grade football team in south Minneapolis, asked his players to huddle near him in the shade after they completed their warm-up sprints.

He needed to address an important topic.

"Last night, there was a little incident that happened at the park," Thomas told his players. "Who was here? Raise your hand."

In fact, the players had just finished their practice the night before around 7:53 p.m., when they heard gunshots ringing a few hundred yards away, near a busy basketball court and playground at Phelps Park. Minneapolis Park Police initially investigated the incident and said a man was shot while breaking up a fight. He is expected to survive, a spokesperson said.

Minneapolis Police have since taken over the investigation, although they have not announced any arrests or leads.

"There was a barbeque going on; someone had an altercation; and somebody shot some shots. Right? That was it," Coach Thomas explained to his players, before later adding: "When you go through hard times with family, it makes the bond stronger. You guys will probably never forget this. It will helps us move forward and have a great season."

Thomas said the shooting rattled many of the players, including a few who had been close to the gunshots while running to grab food after practice.

That's why he wanted to address the incident immediately on Thursday.

"Everyone's good," he said. "They understand that things were kind of an isolated incident. We're ready to get back going, and playing some football."

“They’ll never forget this, but ultimately, it will bring them closer together.” Coach Ty Thomas is helping his sixth-grade football players process a shooting that happened near their practice at Phelps Park last night in South Minneapolis. @kare11 pic.twitter.com/n6OzgiRFDr

The shooting also left many parents unsettled, but it did not deter them from bringing their kids back to practice the next night.

Alisha Mitchell, whose 11-year-old son Kevin plays safety for the Falcons, said she wants the kids to continue practicing at Phelps Park, which is just a block from George Floyd Square.

Credit: KARE 11
Alisha Mitchell said football provides a positive outlet for her son, Kevin, a safety for the Falcons.

"Our kids live here. This is our neighborhood, this is where we're from," Mitchell said. "It was very important for my son to be here, to show that we are a part of this community. Sometimes, we don't have options, but we need positive outlets. And this is one of the best outlets they have."

The Falcons will play their first game later this month.