After seven-month nightmare, Barron feels a sense of finality

The people of Barron can move forward after Jake Patterson was sentenced to life in prison with no parole. 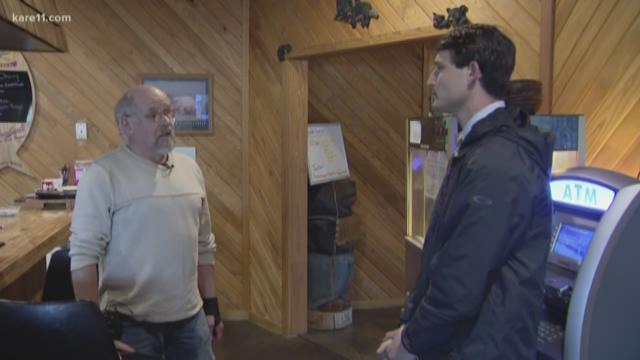 BARRON, Wisc. – After explaining to Jake Patterson that his admitted crimes rank among the most heinous ever committed in the state of Wisconsin, Judge James Babler calmly sentenced the 21-year-old defendant on Friday to a lifetime in prison with no eligibility for parole.

Capping a nearly two-hour hearing on Friday afternoon at the Barron County Justice Center, the judge matter-of-factly reminded Patterson that he can no longer vote or own firearms as a convicted felon under state law. On a day full of emotional testimony from the relatives of Jayme Closs, Judge Babler rebuked Patterson himself but ultimately handed down the maximum sentence exactly according to judicial protocol.

The judge asked both the district attorney and Patterson’s public defenders whether they had any questions, and after that, he promised to send the defense lawyers any necessary court documents they might need.

And then, in an instant, it was all over.

He didn’t even need a gavel.

Those words alone brought an end to a nightmarish, seven-month-long chapter in the small Western Wisconsin town of Barron, which unwillingly became the epicenter of law enforcement and national media activity on the morning of Oct 15. This community of 3,400 spent the next 88 days clinging to hope that 13-year-old Jayme would return home after the murder of her parents; following her escape from captivity, the people of Barron then spent the next 134 days hoping the man who confessed to the crimes would receive a life sentence.

There was little doubt that Patterson would spend the rest of his life in prison – even his own public defenders acknowledged the likelihood of that fact in court on Friday.

But now the decision is final.

“There was a lot going on in this small town for a while,” lifelong Barron resident Luke Sherer said. “To know that he’s behind bars for life, that’s good. That’s good.”

Beyond the pain inflicted on Jayme Closs and her family, the events of Oct. 15 also traumatized an entire community by stripping them of their sense of safety. The sheer randomness of the act was difficult to comprehend, prompting people like Karen Kruppenbacher to finally start locking her doors.

“It’s good to see the laws working for us,” she said with her husband, Charles, standing next to her.

He then added: “I kind of figured it was going to go this way, but it does make a guy feel better to know that you don’t have to worry about it.”

The sentencing came on the same day Charles and Karen were set to watch their grandson graduate from Barron High School after an especially difficult school year. The district brought in counselors and extra staff to help kids of all ages – not to mention the fact that middle school children spent three months with a member of their class missing.

Meanwhile, at the Jeannie-O turkey plant, co-workers are still feeling the loss of longtime employees Jim and Denise Closs.

One of those fellow employees, Dan Noha, said it’s still hard for him to believe that he’ll never see their smiling faces again when he walks through the doors of the facility on Highway 8. They were an integral part of the company, Noha said, and Jim’s leadership position in the beehive department has been especially difficult to replace.

“We had some wonderful people taken away from us. I worked with them for a long time,” Noha said. “And it was justice that got served today.”