MINNEAPOLIS - There was a noticeable difference in security at Minneapolis - St. Paul International Airport Tuesday, following the terrorist attacks in Belgium. 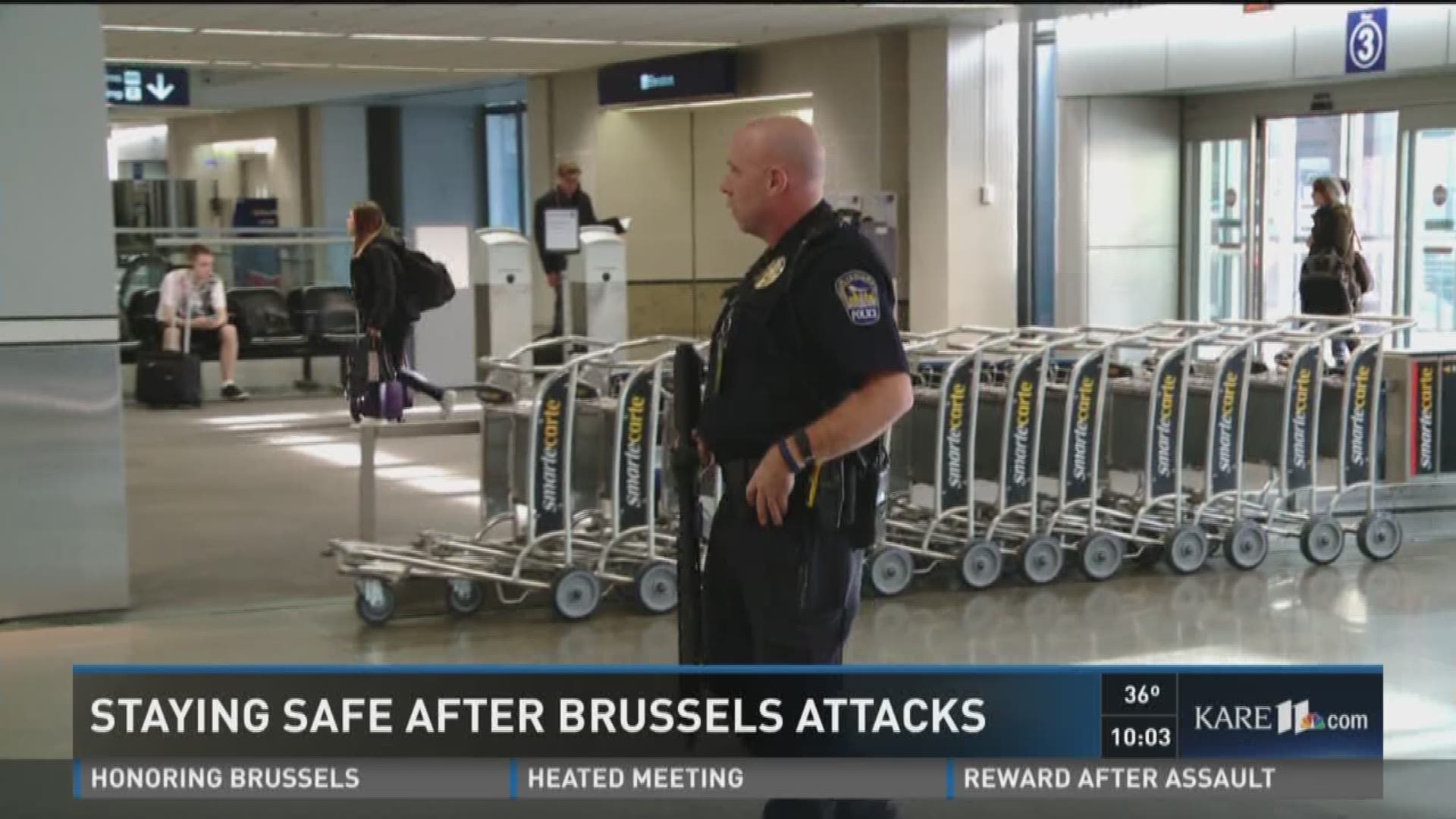 MINNEAPOLIS - There was a noticeable difference in security at Minneapolis - St. Paul International Airport Tuesday, following the terrorist attacks in Belgium.

Security guards carrying rifles could be seen throughout the airport. There were similar reports at other airports across the country, which the TSA says was precautionary.

"I was not surprised to see this unfortunately," said Michael Rozin.

Rozin is a security consultant and used to be a security agent at Ben-Gurion International Airport in Tel Aviv, known as the gold standard in airport security. He says the attacks in Belgium should be a wake up call to MSP and airports across the U.S.

"I look at overall, the security development and the strategy of the United States, and I see Israel 40 years ago," Rozin said.

He says too often airports and mass transit do well with reacting to threats but not always preventing them.

Despite critics saying it would cost too much, Rozin believes airports need to have layers of security starting as soon as you drive onto the property, not just when you get inside.

Yet he and others realize it's not 100 percent secure.

"The real issue that has to be addressed is the underlining things that driving people to do this in the first place," said Jack Rice.

Rice, a former CIA officer, says outreach is crucial which is already happening in the Twin Cities as many Somali youth have left or tried to leave to fight with terrorist groups in other parts of the world.

"What's most important is to reach into communities like Brussels, like South St. Paul and other parts of the country and realize those people are our all people," Rice said.

At present, we have no specific, credible intelligence of any plot to conduct similar attacks here in the United States. That said, we remain very focused on the threat posed by lone terrorist actors who may lack direct connection to a foreign terrorist organization; we are concerned that such radicalized individuals or small groups could carry out an attack in the Homeland with little warning. We also remain very engaged in the effort to identify and disrupt foreign terrorist fighters who may seek to travel to or from the United States.

The Department of Homeland Security, along with our partners in federal law enforcement and the intelligence community, are doing a number of things to monitor events in Brussels, work with the authorities there, and continue to secure our Homeland.

Second, though we do not require Belgian citizens to have a visa to travel here for business or tourism purposes, both the Transportation Security Administration (TSA) and U.S. Customs and Border Protection (CBP) have procedures in place to identify and prevent travel here from Belgium by individuals of suspicion. All travelers arriving in the United States are vetted against the U.S. Terrorist Screening Database, regardless of whether they arrive with a visa or an Electronic System for Travel Authorization (ESTA). We continually evaluate whether more screening is necessary, particularly in light of today's attacks.

Third, as a precautionary measure, TSA is deploying additional security to major city airports in the United States, and at various rail and transit stations around the country. TSA is also working closely with state and local law enforcement, airport and transit authorities, and the aviation industry in order to augment that security.

Fourth, we and the FBI have been in communication today with state and local law enforcement, to share the latest about what we know of today's attacks in Belgium. State and local law enforcement are themselves enhancing their security posture as they deem appropriate. We are also in regular communication with organizations representing the private sector to share with them what we know.

There are also a number of other security measures we are taking that are not suitable for public disclosure.