Page got his law degree while playing for the Vikings, and in 1992, he won a seat on the Minnesota Supreme Court. 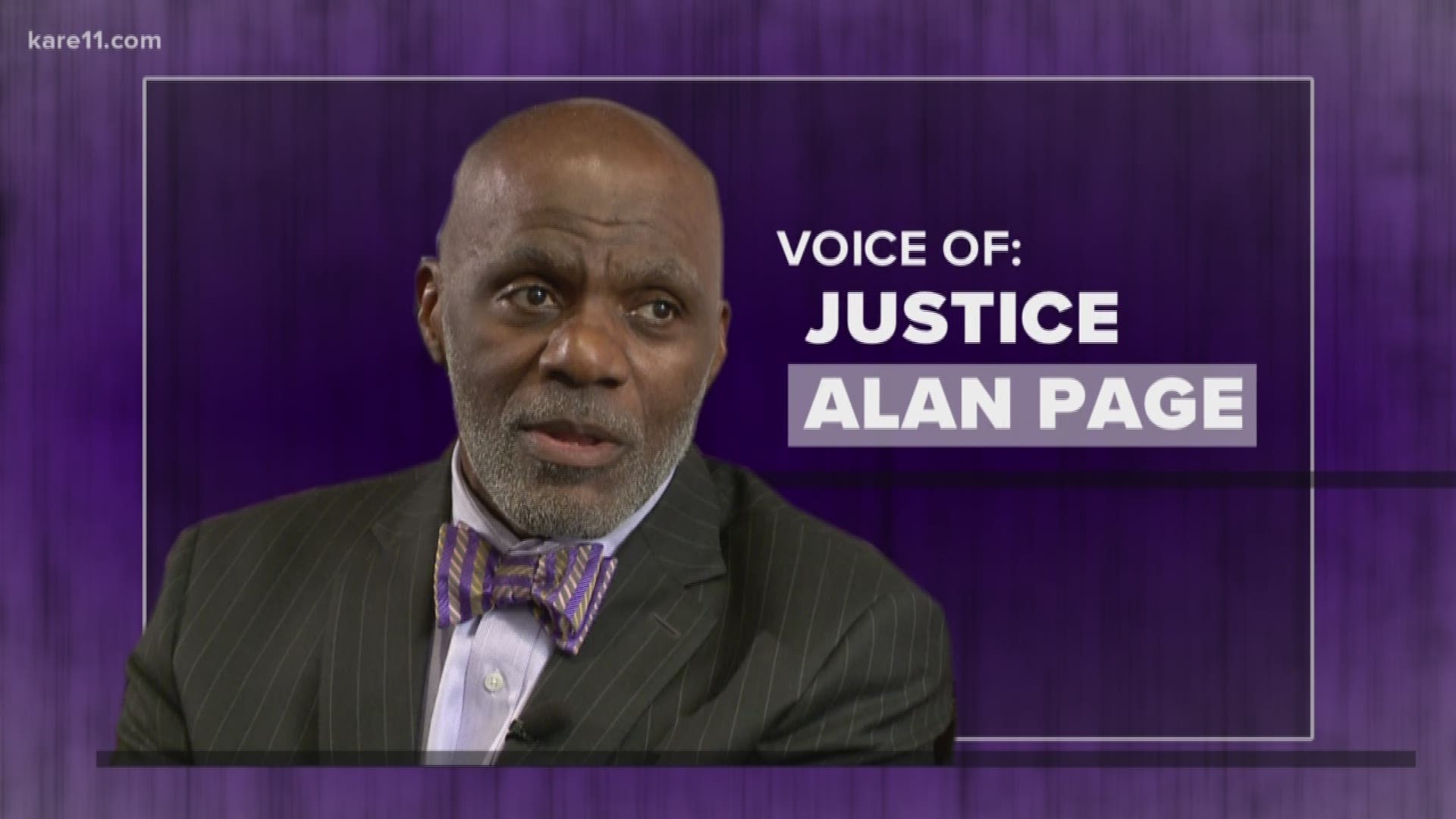 On Saturday, President Trump announced that seven people will receive the award, the country's highest civilian honor, next week.

Page played 15 years in the NFL, for the Vikings and the Bears. He was the NFL's MVP in 1971 and was inducted into the Pro Football Hall of Fame in '88. He got his law degree while playing for the Vikings, and in 1992, he won a seat on the Minnesota Supreme Court, where he served for 20 years.

Page will be awarded the medal, along with six others, on Nov. 16.

When asked about the recognition Monday, Page delivered a master class on humility.

“Frankly, as I have often said, when these kinds of recognitions come along I am never quite sure that I am really worthy of this,” he said. “The honor goes to those who have helped make me who I am. Those whose shoulders I have had the opportunity to stand on. Those who have helped me along the way. Whether it is the 7,000 plus page scholars whose service to children is changing the future or Diane Sims Page, who was the love of my life who supported me, lifted me and helped me become far more than what I might otherwise have been.”

It’s that kind of humility that struck a chord with Page scholar Robert Harper. Some believe to teach is to touch a life forever. And Harper, 24, says Page is the perfect teacher.

In 2012, Harper became a Page scholar, joining the ranks of the Page Education Foundation, which has more than 7,000 alumni.

In naming Page for the award, President Donald Trump cited his athletic accomplishments. He also highlighted Page's judicial career and his charitable work through the Page Education Foundation, which has helped students of color like Harper since the '80s.

“He is the humblest person who would never mention or state his accomplishments unless someone forced him to read it,” Harper said. “He has made me want to stay true to my passion and stay grounded in social justice work. When I came out of college I was applying to corporate jobs and less meaningful jobs. I am a second-year graduate student at Humphrey School of Public Affairs studying public policy. That is a decision I did make with Alan."

At a time when the nation is divided, Harper says we can all take a page from Page's book on life lessons.

“He always says make sure you hold the door open for the person behind you. Make sure you send the elevator back down,” he said.