Hundreds of teens have been lining up outside an Albertville home before school. Julie Nelson will take us inside the Breakfast Club to find out why. 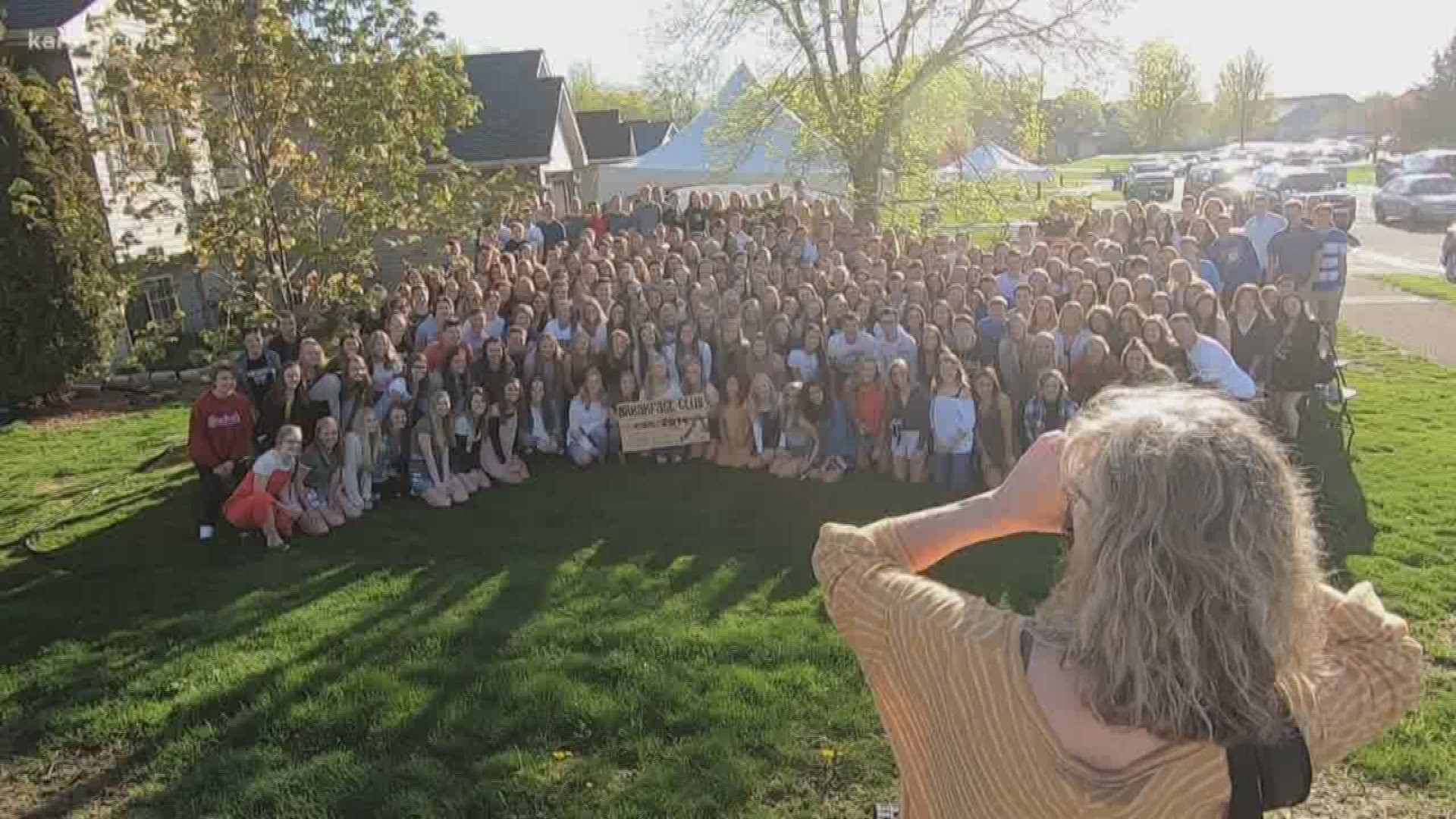 As the sun comes up over Albertville a line begins to form outside Christy and Jake Vanada's house.

Every other Thursday, it's the same scene at about 6:00 a.m. teenagers start showing up and for the next 45 minutes they just... keep... coming.

Hundreds of the teens voluntarily get up before school to be part of what the couple calls.. the "Breakfast Club."

The Vanadas started the club five years ago, for their two, then high school aged kids, and a few of their friends..

"It started with a couple people and then everyone was like did you hear about breakfast club?" said high school student Olivia Estep.

Word spread and every time they opened their doors... more kids came.

"We had to go to two houses this year and live stream it to the other house.. it's mind blowing to me I've worked with kids for over 20 years. I've never seen anything like this and it's happening at my house! Crazy!" said Jake Vanada.

Why do they come? Christy has a sneaking suspicion.
I think it starts because they really love monkey bread," said Christy Vanada.

Every two weeks when the kids show up Christy, and about 17 volunteers, lay out a feast.

"Today for over 300 kids we had 40 pounds of cheesy hashbrowns, two roaster ovens, 92 monkey breads, 700 links of sausage, eight giant containers of yogurt for yogurt parfaits and then 18 giant containers of strawberries ,raspberries and blueberries," said Christy Vanada.

Once the kids stomachs are full... Jake and Christy focus on the second part of the mission.

"Today guys i want share with you a story so grab God's word. We're gonna pass these out. We're gonna be looking in John Chapter 4 so turn to page 1110," said Jake.

"This is the closest I get to church. I'm learning it for the first time and I'm starting to realize what it applies to in actual life," said Will Spalding.

He takes whatever message they're portraying about Jesus and the Bible and they tell you who in real life like oh in this school setting or with this coach they talk about your relationships so they really drive ti to what teenagers need to hear, said Gracelyn Riedel.

Jake is a trained minister who serves as the National Chaplain for Super Cross, seems able to connect with them in a way other pastors or churches may not.

Raise your hand if you're like me you've done something stupid and you got grounded," said Jake.

Today, Jake's message deals with regret weaving the story of the woman at the well. "She was also from Samaria. Samaria was like being considered a second class citizen... you know it's like being from Iowa,” said Jake.
Making a story they can all relate to...

"I know that in high school if you're anything like me when I was in high school many times the choices I made filled this... please hear me right now... I don't want you to carry around a bucket of regret," said Jake.

Week to week the message changes but Jake always ends it the same way.
"I tell them God loves them. God knows their name and God cares about them...they matter. Go make our high school a better place," said Jake.

On this morning, when the devotional is done and before the kids leave for school, the Breakfast Club gathers to take an end of the year photo. The largest one yet.

Christy and Jake don't know what lies ahead but say they'll open their hearts and their doors again next year.

"We both are just grateful that we get to be in a position that we get to have this impact and lead a movement like this.. we're grateful," said Christy.

When you see that huge group of teenagers in one quiet neighborhood you might wonder what the neighbors think. The Vanadas say they have all been incredibly supportive. Many of them volunteer for the Breakfast Club and have helped to fund the mission.

By the way, it costs about $600 to feed 300 kids the Vanadas say the entire operation has been supported by donations, some from Super Cross motorcycle riders and some from people who just leave money in an envelope in their door.