A rare albino calf was born in Spring Valley, WI. He's just your average bovine, except, he needs a little extra care. 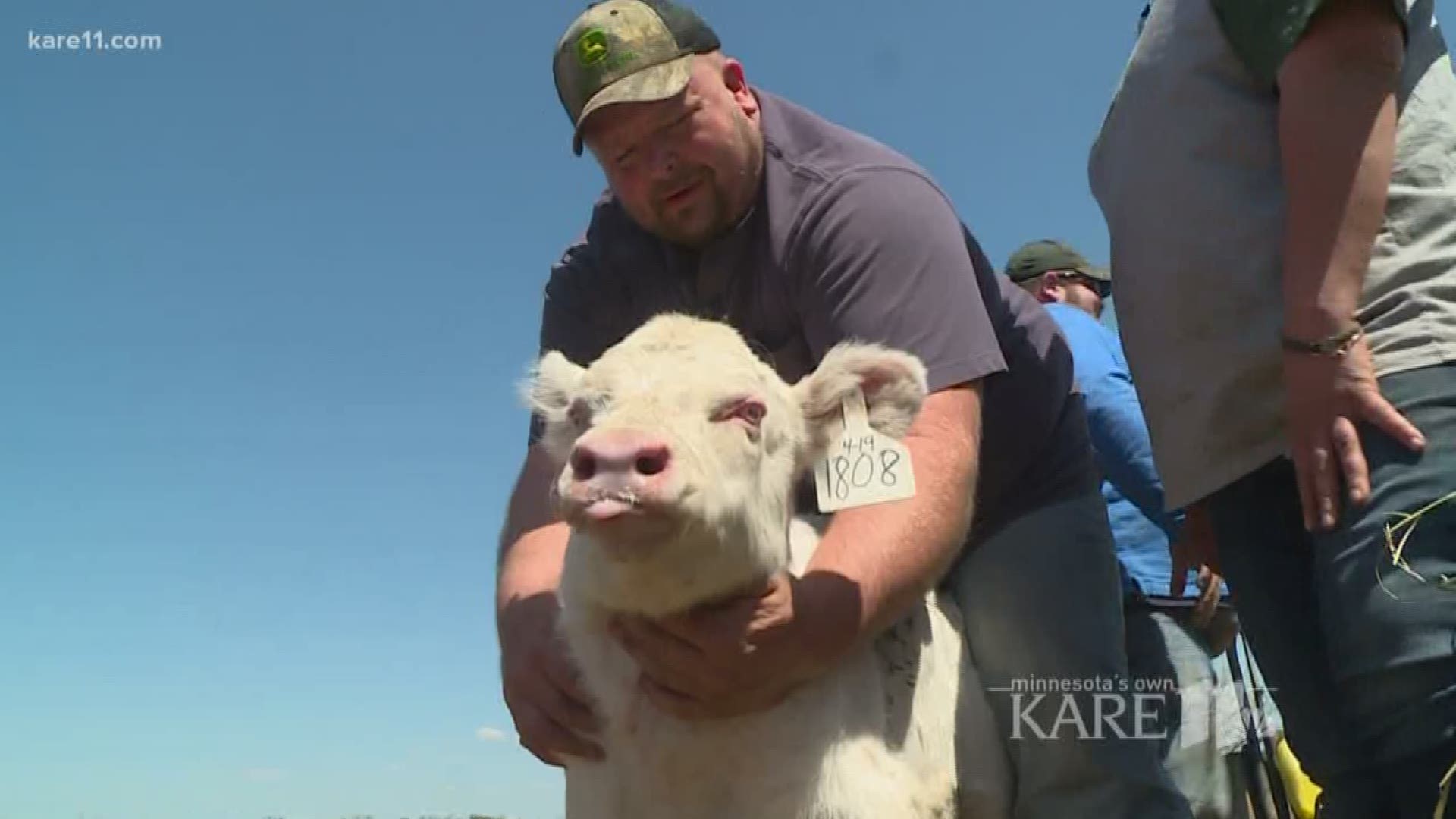 SPRING VALLEY, Wis. - The sun's out and this means it's time for people to whip out the sunscreen. There's nothing like a good dose of SPF to protect your skin from the UV rays.

Just like people, Al, a Spring Valley calf needs a little SPF, as well. That's because Al -- short for Al Bundy -- is an albino calf.

Owners Tina and Mitch Vanasse said Al was born during the spring snowstorm in mid-April. Tina was doing the rounds checking on the cows when she said she saw a strange clump of snow. That "clump" turned out to be Al, curled up into a little ball.

Credit: Sharon Yoo, KARE
A rare,&nbsp;albino cow at a farm in Wisconsin.

"Well, what I thought was a clump of snow," Tina Vanasse said with a laugh. "As I got closer, turned out it was a calf. It kind of turned and looked at me."

That's when she saw his non-pigmented eyes, pink eyelids and equally pink nose. That was the moment Al captured the Vanasses' hearts.

After his birth, Tina said she did some research on albinism in cows. She even said she called up a University of Minnesota professor.

"He said he didn't have much for statistics but it was very odd or rare to get that," Tina said.

Mitch explained that they like breeding cows for their different color outcomes. Al's father is a Hereford bull and his mother is a Shorthorn. Neither one of them is white.

Both Tina and Mitch explained that small surprises like these help their joy and love for farming grow.

They are beef cattle farmers, but they said they probably will keep Al as a part of the family forever.

"I don't know if I have the heart to get rid of him after he's kind of made a rock star out of himself," Mitch said.

The two said they don't really know what to do with Al's fame.

"I told my dad for all the notoriety he's getting, we might have to show him at the fair," Mitch said.