St. Thomas Academy has an answer for the referee shortage. “Hey Ref!" -- a class to teach students how to referee. 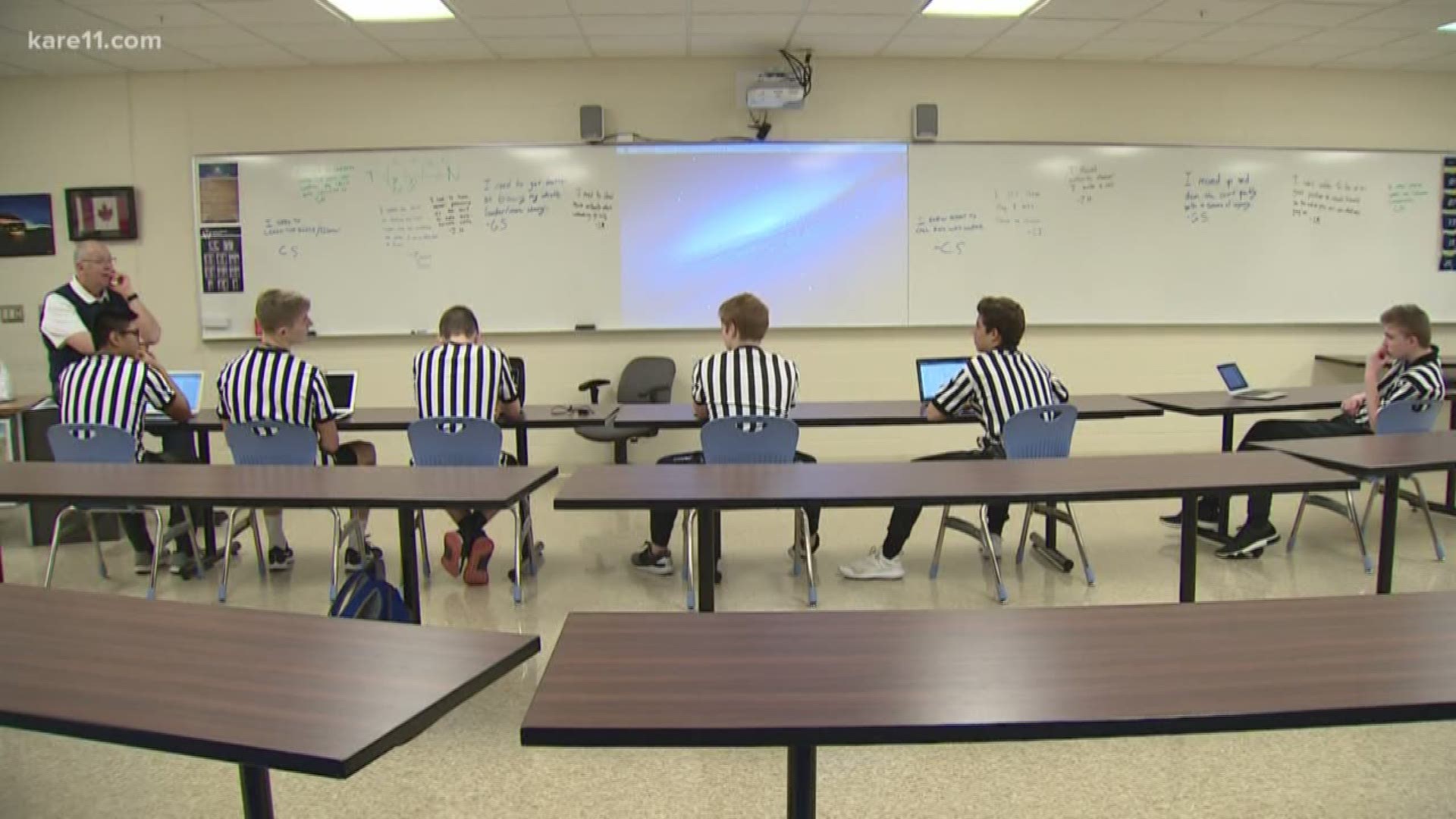 St. Thomas Academy is used to students in uniforms.

Just not the zebra stripes on the backs of its students in Mr. McCarthy’s class.

“I think I get a call every other day looking for referees right now,” Bill McCarthy, heath and physical education teacher, says.

“I just think the course prepares them to do this beyond - maybe go to college - maybe make a couple bucks there. Why not?” McCarthy said.

Six students opted into the new class, an elective that covers their physical education requirement.

Referees have been in short supply.  So much so, some metro high school games had to be rescheduled last month to nights with less competition for refs.

“I wanted to a job for the summer,” junior Gabe Sirek said, “and reffing gives me the opportunity to make my own schedule and make a decent amount of money.”

McCarthy’s students spend as much classroom time discussing the psychology of fans and players as they do signals.

On a recent Monday, students got their first opportunity to put their classroom lessons to work, as they reffed a ninth grade phy-ed class basketball game.

“You've got to stay off the court,” McCarthy playfully admonished one of his students.  “You're not part of the game.”

McCarthy’s coaching of his young refs was just beginning.

“It seems easy in class, but when you're actually out there, it's tough,” junior Zach Holper said.

Even something as basic as blowing a whistle has a learning curve.

"That's how you blow a whistle, strong and loud,” an impressed Holper said as McCarthy whistled the St. Thomas Academy gym to attention.  “Ours is just like a little tweet.”