Other candidates are still way ahead in fundraising, but Klobuchar is gaining ground. 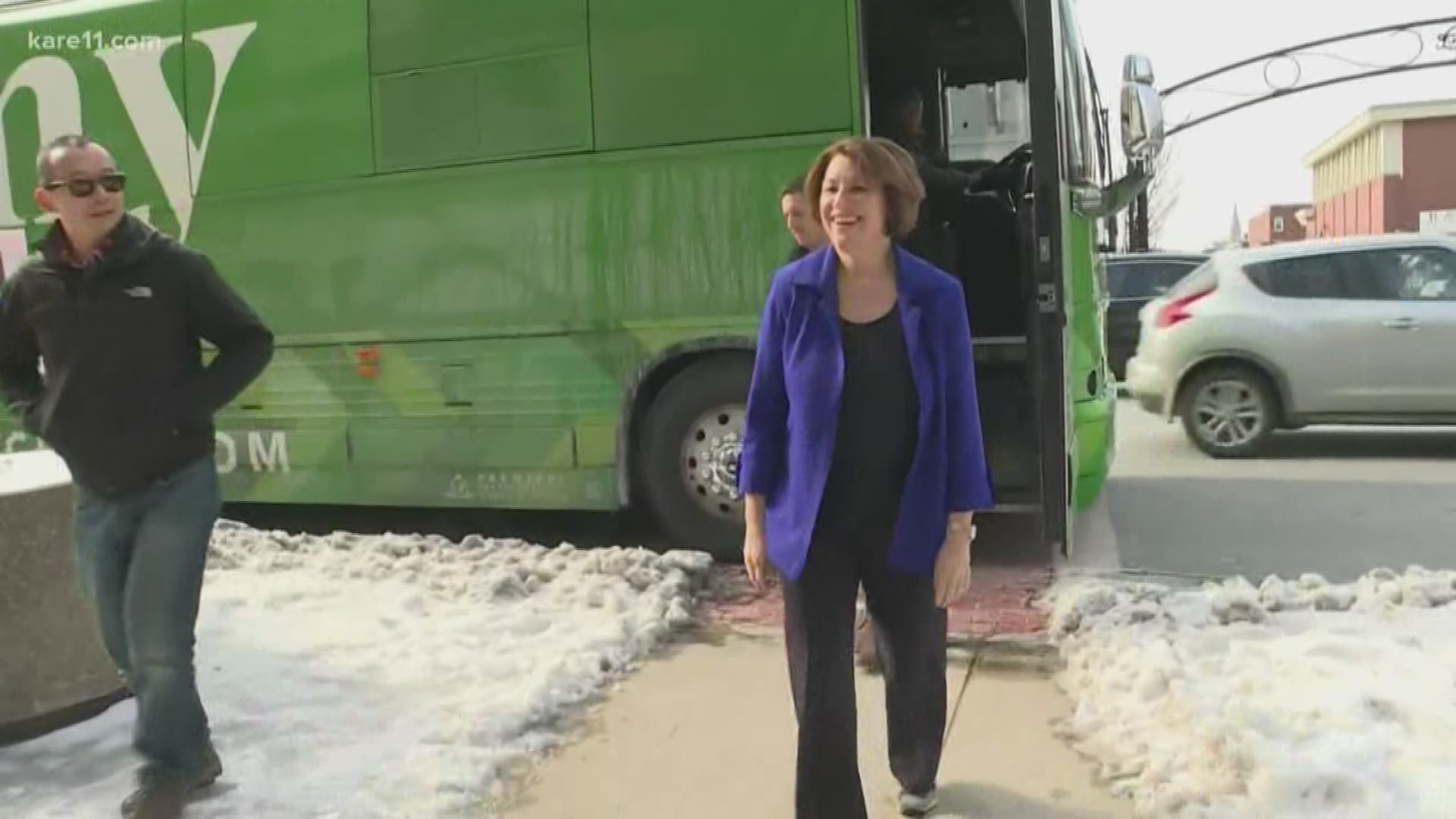 MINNEAPOLIS — Amy Klobuchar needs no introduction in Minnesota, but in many other states, she's still not a household name.

That may change soon with Klobuchar fresh off a 3rd place finish in New Hampshire.

"Voters will be taking a fresh look at her and some voters will now take a look at her for the first time," University of Minnesota political science professor Kathryn Pearson says.

Klobuchar is gaining a lot of momentum in the presidential race, and Pearson says what she does with that momentum could give her a competitive edge in the coming weeks.

Pearson says the free publicity Klobuchar will get in the coming days will be better than any campaign ad money can buy.

According to her campaign, Klobuchar brought in $3-million this weekend after her Friday night debate performance and an additional $2.5-million within the last 24 hours.

It's money she needs.

The latest numbers from Open Secrets, a nonprofit that tracks campaign contributions, shows Klobuchar's campaign has brought in about $29-million.

These numbers are only as recent as January 1st, the latest campaign numbers Open Secrets could gain access to, but they paint a somewhat accurate picture of the campaign so far.

It will be interesting to see how those numbers change when they’re updated with new campaign contributions later this month, but as of right now, Klobuchar still has a long way to go.