As businesses shutter in MN, devastating economic impact could follow

The novel coronavirus has upended the Minnesota economy, forcing businesses to cut workers and fight for survival 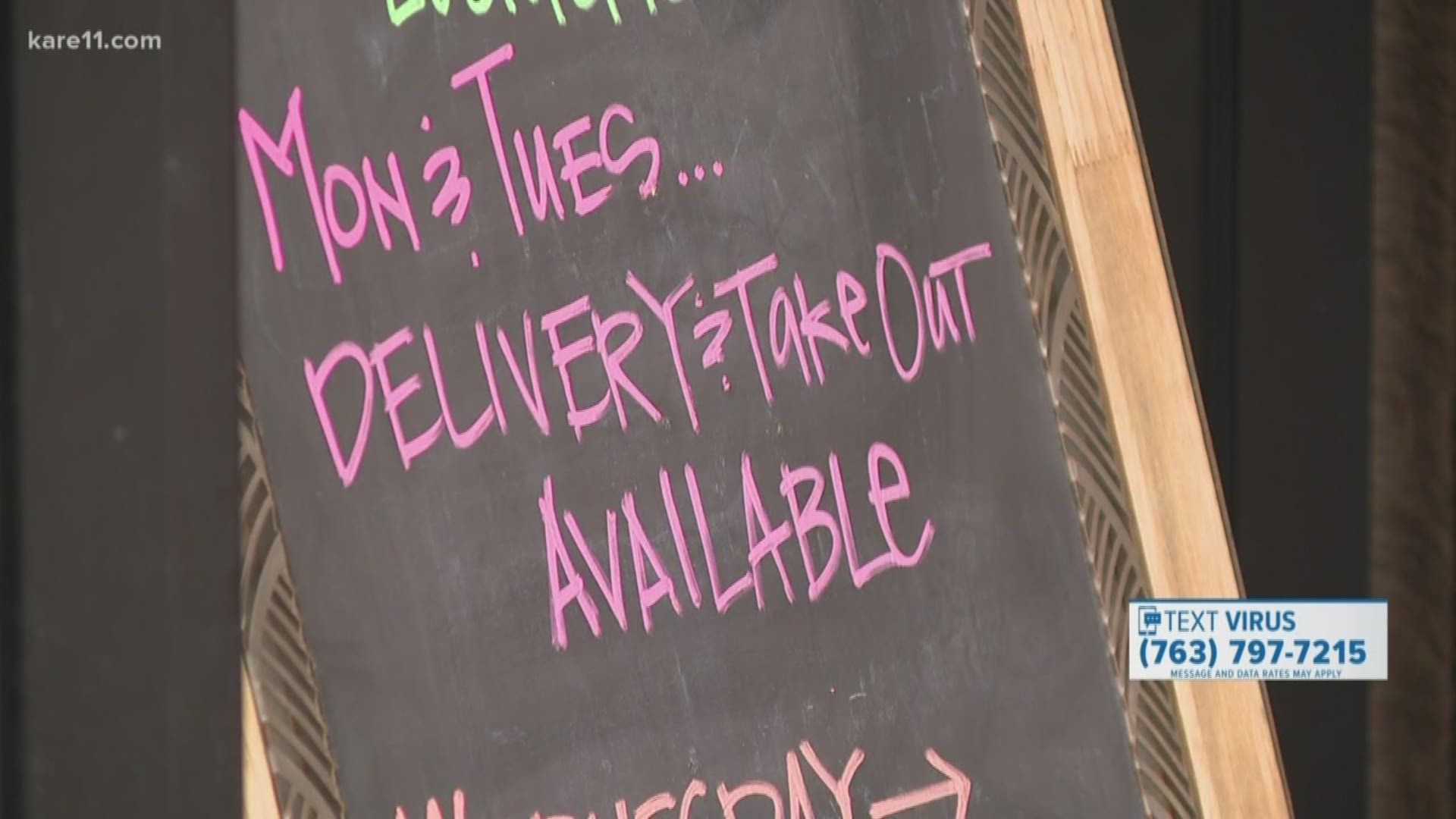 MINNEAPOLIS — When Charlie Broder learned the state would temporarily ban dine-in restaurants as a mitigation measure to contain the novel coronavirus, he understood and readily complied.

But he also knew the decision would deliver a cruel financial blow.

"This," Broder said, "is a devastating reality."

The Broder family has owned restaurants in Southwest Minneapolis for nearly four decades, but the unimaginable emergence of a pandemic - forcing dine-in restaurants, coffee shops, bars, theaters and gyms in Minnesota to shutter until the end of next week at least and likely longer - has threatened to upend everything the Broders began building in 1982.

RELATED: Coronavirus and its impact on small businesses: what comes next?

To survive the steep decline in revenue, a desperate Charlie Broder said he had no other option than to lay off more than 70 employees on Monday, largely minimum-wage earners.

"That was the worst day of my life. It was absolutely gut-wrenching," Broder said. "It is unlike anything any of us have ever had to face, and I wish it upon nobody."

Although Gov. Tim Walz used an executive order to boost and expedite the unemployment benefits system, Broder and others in the restaurant industry have urged state lawmakers for even bolder action. Hospitality Minnesota, writing on behalf of 300,000 employees in the industry statewide, asked leaders in St. Paul to consider a number of stimulus measures, ranging from an economic relief fund to a tax holiday to relaxed liquor payment deadlines.

"Even employing these mitigation strategies, hospitality businesses are put at risk of going out of business," Hospitality Minnesota CEO Liz Rammer wrote to lawmakers. "Such outcomes are potentially catastrophic to workers, operators and our economy at large."

Although businesses have scrambled for weeks amid mounting coronavirus concerns, many of them officially closed their doors - either fully or partially - at 5 p.m. Tuesday when the state ban took effect.

Broder closed one of his restaurants but left two others open for delivery and carry-out, which he hopes will generate a revenue stream over the next several weeks. An employee painted a new "OPEN" sign on the front window of Broders' Cucina Italiana on Tuesday to remind customers they could still purchase food and eat it elsewhere.

In St. Louis Park, meanwhile, the normally-bustling West End entertainment district went dark just a few hours before sunset on St. Patrick's Day. The Local, an Irish pub, sat entirely empty, along with a half-dozen restaurants and bars in the West End. Only the Cub Foods parking lot showed any signs of activity.

And in Bloomington, the Mall of America announced at least a two-week closure -- the first extended shutdown in its history.

RELATED: Mall of America to close over coronavirus concerns

"These are unprecedented times that require unprecedented actions," the mall said in a statement. "We are confident we will get through these challenging times and look forward to reopening our doors to the Minnesota community and the world."

Store workers and customers could be seen flocking out of the building just before the 5 p.m. deadline. Anita Olson and her daughter had driven all the way from Des Moines to visit the Twin Cities during spring break, only to find that MOA had closed and that the region's top attractions would essentially shut down indefinitely.

"Everything's closed. We don't even know what to eat," Olson said. "It's gonna be an experience for the books, that's for sure."

As he entered the mall before the temporary shutdown, Emmanuel Soroba said he had no qualms with the decision to close.

"It's a very scary situation, but you know, as long as it protects ourselves and protects others, it makes sense," Soroba said. "I just hope this thing will last maybe a month. It's damaging the economy, and damaging people's lives."

With financial devastation looming, Charlie Broder hopes Minnesotans will continue to exercise purchasing power wherever possible - and he especially hopes they'll continue to utilize take-out and delivery orders for food.

"There's a lot of unknowns out there," Broder said. "So we're taking it one step at a time, one day at a time."

KARE 11’s coverage of the coronavirus is rooted in Facts, not Fear. Visit kare11.com/coronavirus for comprehensive coverage, learn more about the symptoms, and keep tabs on the cases around the world here. Have a question? Text it to us at 763-797-7215.