According to the Minnesota Department of Health, on a team of 15 players you can expect at least one player with asthma. 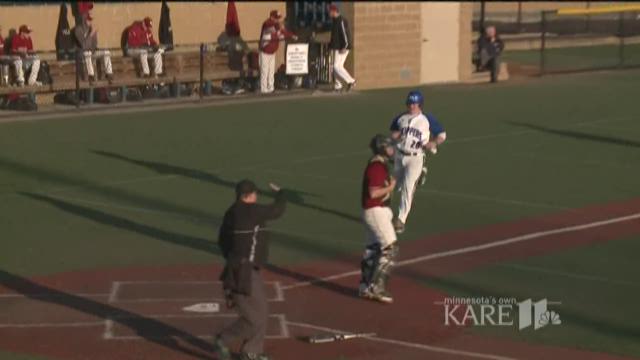 But for the first time, all Minnesota high school coaches must be trained to detect another, often quieter, problem: asthma.

“A lot of it was a good reminder,” she said.

The Minnesota State High School League is requiring that all 22,000 Minnesota high school coaches who work with students in grades 10 through 12 take the online test.

The 23-minute online training, called “Athletes and Asthma: The Coach’s Role,” includes animation, videos and interactions that teach coaches about real-life issues related to asthma and how to help student athletes control their asthma.

According to the Minnesota Department of Health website, on a team of 15 players you can expect at least one player with asthma.

“It’s important for coaches to know how to deal with it, if one of the athletes does have an asthma attack," Aafedt said.

Which is a reality, according to HCMC’s Pediatric Pulmonologist, Gail Brottman, M.D.

“When their breathing isn’t good and they don’t have their rescue inhaler with them, that really puts them at risk for either having an asthma attack," Brottman said. "There have been some deaths."

She said asthma is usually exercise induced, but the answer isn’t to quit exercising.

Instead, she says athletes need to learn how to control it and coaches need this training to help kids play safely and to the best of their ability.

“I think the reason why this is outstanding and that this is now a requirement is that there are many coaches where their children don’t have asthma," said Brottman. "They don’t know anything about asthma, yet they are responsible for these kids’ safety."

The Minnesota Department of Health recently ran a new analysis of data from the 2016 Minnesota student survey and found that 58 percent of Minnesota kids in middle and high school with asthma participate in sports.