The Hennepin County Medical Center has treated five kids under the age of 10 so far this year, for ATV injuries. 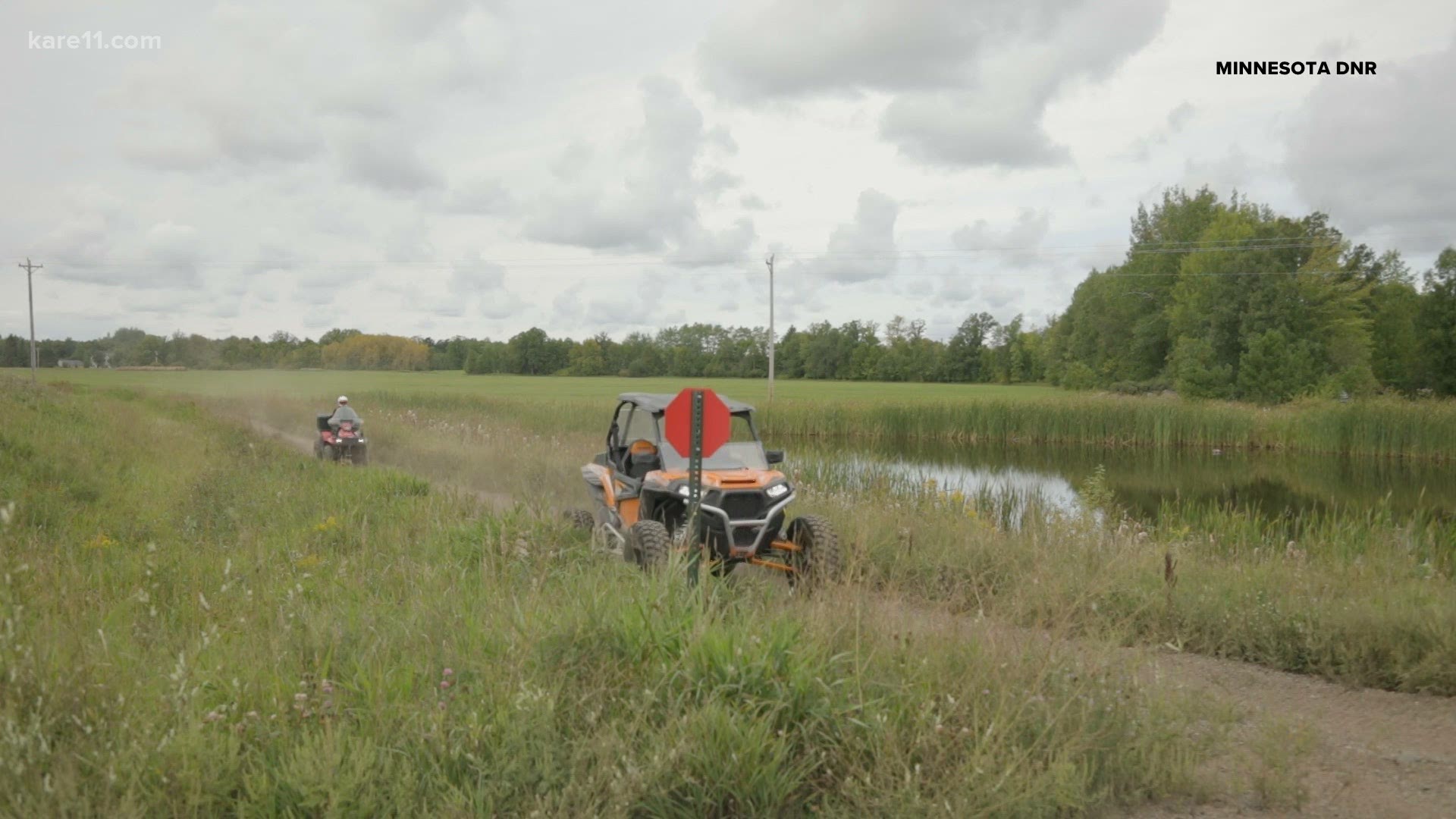 MINNEAPOLIS — The number of deaths involving off-road vehicles has reached the highest level in a decade in Minnesota.

The DNR says Minnesota typically sees 18 deaths a year, but so far in 2020, 19 Minnesotans have died in ATV accidents and the year is far from over.

The DNR says we are just now entering the busiest time of the year for off-road vehicles.

The agency says riders often hit the trails this time of year to experience the fall colors.

A lot of hunters also use off-road vehicles during the deer hunting season.

“This year we’ve had five children under ten who were badly injured on ATVs,” emergency physician Dr. Stephen Smith says.

He suspects it might have something to do with the pandemic.

“I suspect people have more time on their hands and are spending more time outdoors these days,” Dr. Smith says.

The St. Cloud Hospital is also reporting a high number of ATV accidents this year.

Doctors say the number of injuries has been trending upwards for several years now.

Sixteen-year-old Zach Plante was rushed to the St. Cloud Hospital on Labor Day this year after an off-road vehicle tipped over and landed on his arm.

"It basically crushed the artery completely and broke my humerus bone in six spots," Plante says.

An ambulance took Zach to the St. Cloud Hospital, but doctors decided to transfer him to the Hennepin County Medical Center in Minneapolis.

"We didn't realize the severity of it until they couldn't get a pulse in his left arm," Zach’s father Kerby Plante says.

Plante says doctors took a vein from Zach’s leg and put it into his arm.

That was the first of several surgeries at HCMC.

Zach also had metal rods placed into his arm to stabilize it.

He says it was a long five days at the hospital before he could finally go back home.

"The hardest part for me was the sports aspect of it, because sports were really just my life," Plante says.

Zach says he had plans to letter in four sports this year, but now because of his injury he’ll have to sit on the sidelines.

“I might be able to do track, because you don’t really use your arms that much. I guess we’ll see what happens,” Plante says.

Zach’s father says the bone in Zach’s arm will likely heal in 12 weeks, but it could take over a year for the nerve to fully heal and for Zach to regain full mobility of his arm.

Zach and his parents wanted to share their story to hopefully convince parents to think twice before they put their kids on an off-road vehicle.

"They're motor vehicles and something like this can happen in an instant,” Kerby Plante said.

“Zach is lucky there was someone there to help him. If he had been alone or in the middle of the woods when this happened, it might have been a lot worse,” he said.

OTHER NEWS: CDC pulls COVID crews out of Minnesota after threatening, racist incidents