The additions are part of an expansion of the program that launched three years ago. 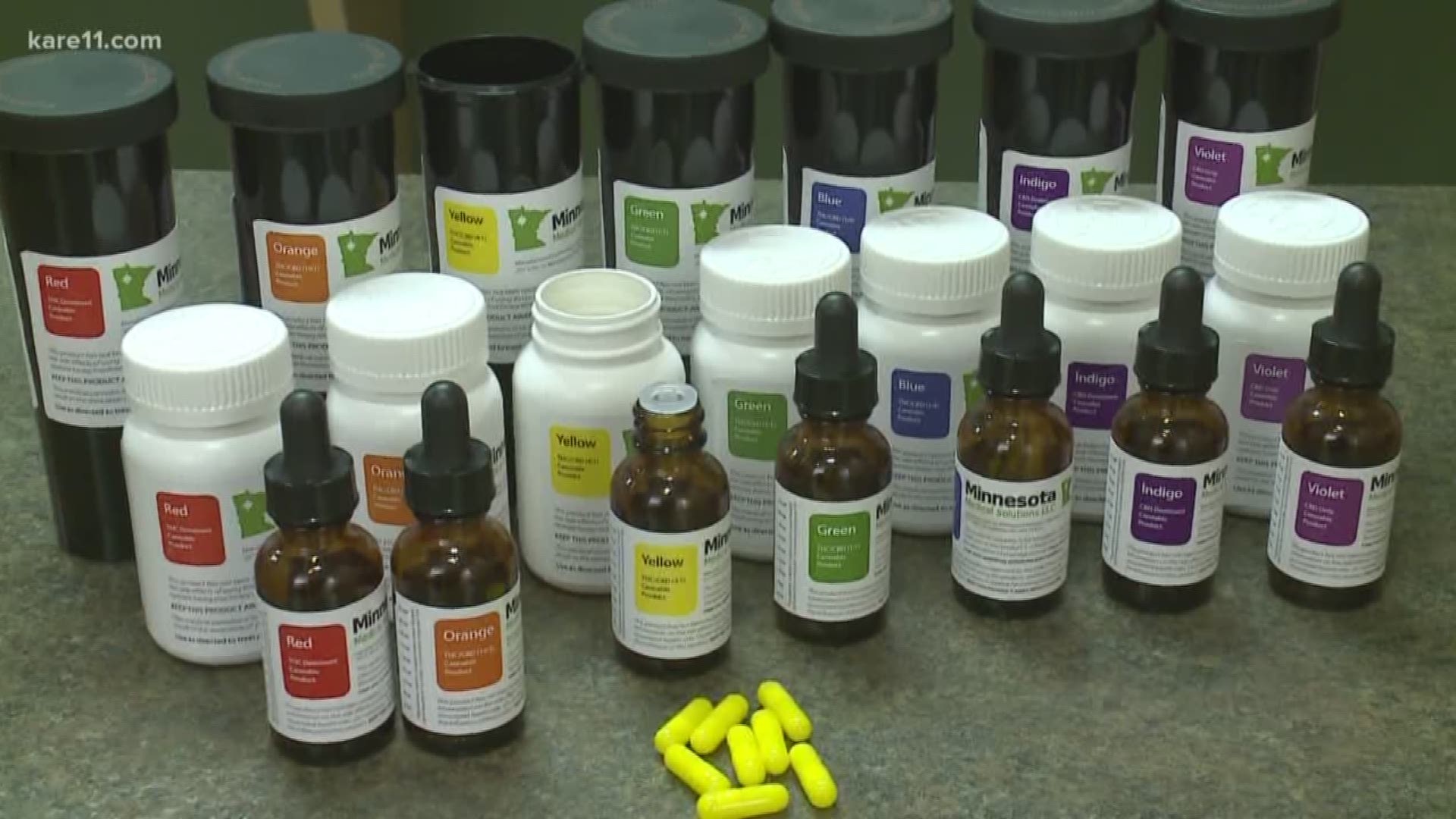 Those additions are effective Wednesday, marking the latest expansion of the program that launched in 2015. Minnesota lawmakers passed one of the nation's most restrictive medical marijuana laws in 2014, banning the plant form and restricting its use to patients with just a handful of serious conditions.

Wednesday, parents of children who have benefited from medical marijuana spoke to media about their experiences.

Pia Prenevost described the affects medical marijuana has had on her son who was diagnosed with Tourette Syndrome and autism.

"The tics are gone basically," Prenevost said. "He became much more able to communicate his ideas and his thoughts."

Prenevost's son isn't the only success story for the industry. Sarah Demers said finding medication that worked for her son was a challenge.

"You get into that medication spiral where you treat one thing with another with another, that you can go try cannabis," Demers said. "It's open and available, there really aren't any harsh side effects of it."

Demers said her son is on his 3rd month of the treatment. In just three months, she said he's seen an improvement in both his sleep and also his autism symptoms.

"His language has expanded a ton, he wants to have communication," Demers said. "He wants a response."

Doctors like Dr. Jay Westwater who support the program said they hope there's a way to make medical marijuana more accessible to patients.

"One of the prohibitive problems with the program is that it needs to be highly formulated and processed with restrictions-- which we agree, to make it medicine," Dr. Westwater said. "The costs go up and none of these are covered by insurance."

Patients with intractable pain were added to the fold in 2016. The state allowed residents suffering post-traumatic stress disorder to buy the medication starting last summer.

Advocacy groups had sought to add even more conditions to the program, including nausea, dementia and anxiety disorders.