A 12-year-old Minnesota boy lands a ballet scholarship, while his twin is happier hunting. 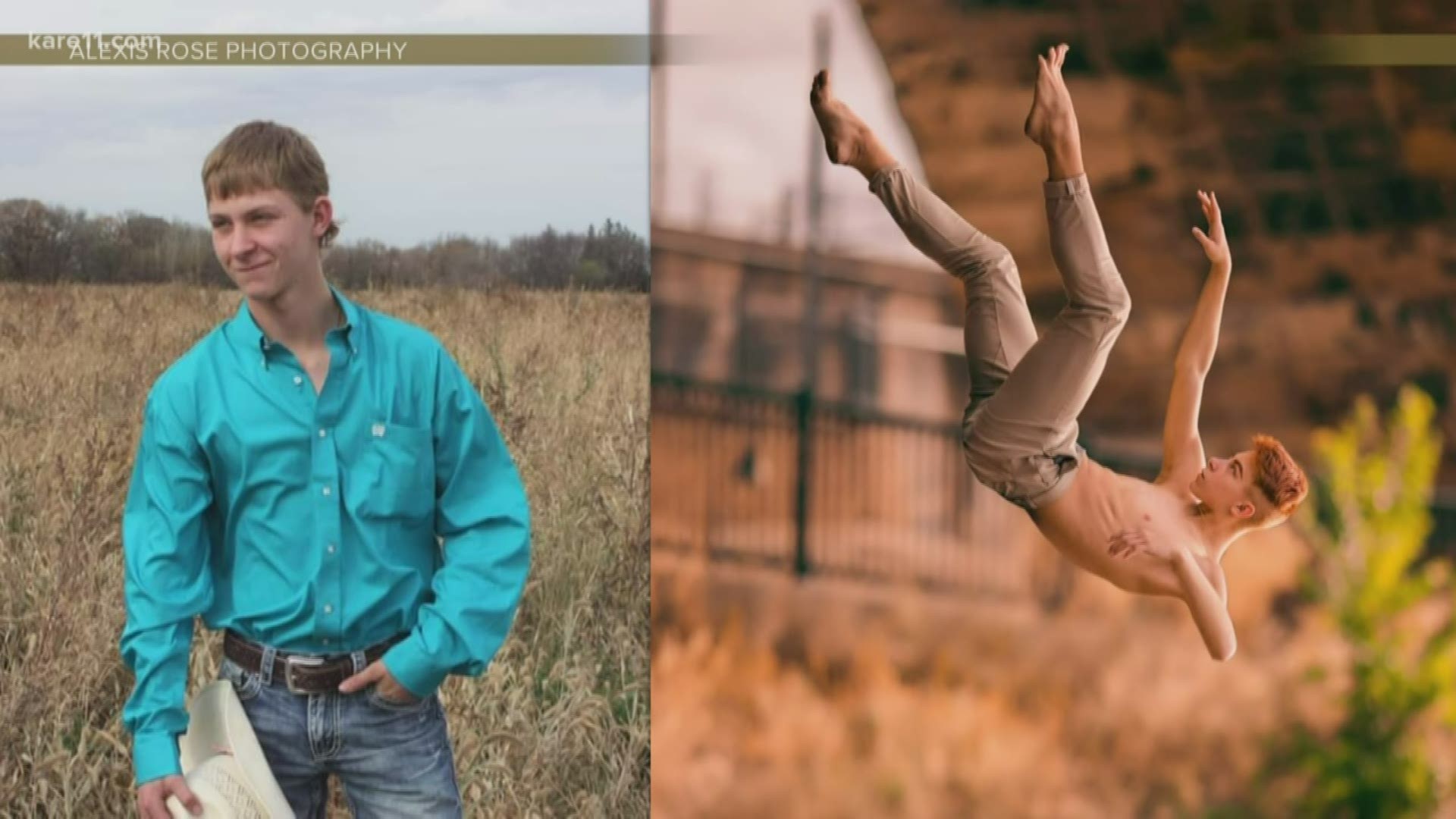 FREEPORT, Minn. - They arrived at the dance together, Karrie Feldewerd's baby boys.

"They told me I was having twins at my five-month ultrasound," says the mother of 12-year-olds Ty and Kade. "They were the same size. They looked the same."

It was the last time in the conversation Feldewerd would use the word "same" to describe her boys.

First, there's Kade. Armed with a 12-gauge shotgun, he never tires of scouring the family dairy farm for birds. He doesn't find as many as he used to.

Twin brother Ty has his sights aimed in a different direction. This summer Ty will study dance in New York and Los Angeles, after being awarded a scholarship to the Joffrey Ballet School.

"It's complicated," laughs Karrie, when asked about the differences between her sons.

While Ty focuses on a dance career, Kade dreams of becoming a Green Beret or a Navy Seal. If that doesn't work out, bull riding is also high on his list.

"I have no idea how to explain that one, none whatsoever," adds the boys' father, Dennis Feldewerd, shaking his head over the divergent paths his twins have chosen.

Kade offers some insight. "He's like the day and I'm like the night, total opposites," he said as he swings an ax and splits a log in two. Next to hunting and tractor driving, chopping wood is one of his favorite things to do.

Family photos tell the rest of the story. Ty's development as a dancer started several years ago when his older sister needed a partner for a dance class she was talking.

"This helped him find himself," says Karrie. "This is who he is."

Kade's photos show a boy who could survive by himself in the wild, something his mother believes to be true. Spread out on the kitchen table are pictures of Kade with his kills -- fish, rabbits and a deer -- most of which he cleaned, cooked and ate himself.

Ask the boys their favorite color. Without hesitation they'll answer.

Do they hang out together? This time they answer in unison: "No"

Play games together? Same answer, and a look of dismay that anyone would even ask such a question.

"I really can't think of one thing that they agree on," says Karrie.

Their parents agree on something. Each twin must follow his own path.

So three times a week Ty travels three hours, round-trip, with his mom, from the farm in Freeport to Plymouth, where Ty takes dance lessons at Summit Dance Shoppe.

Kade finds his happiness about 100 feet from the house when he walks to the dairy barn to scrape manure away from the cows, while his father milks.

"People ask, 'What's that smell?'" Kade says, before asking a question of his own. "What smell?"

Kade is chatty and outgoing to Ty's quiet and shy.

Karrie wouldn't have it any other way.

"It would be boring if they were both the same; this keeps things interesting."

Today the boys who shared a womb, are rarely found in the same room. But get them alone and true feelings creep out.

For once, Ty doesn't disagree. "Even though we're so different, we're still brothers," he says.

They may not have much in common, but the Feldewerd twins both departed the gene buffet with double helpings of passion.

Note: Since Ty and Kade's story first aired on KARE 11 six years ago, the Feldewerd twins have remained on divergent paths. Both will graduate from Melrose High School this spring. Ty plans to attend one of the nation's top schools for dance, while Kade has taken up bull riding with plans to become a truck driver.

The twins' mother says both have found their passions and look forward to their next chapters.