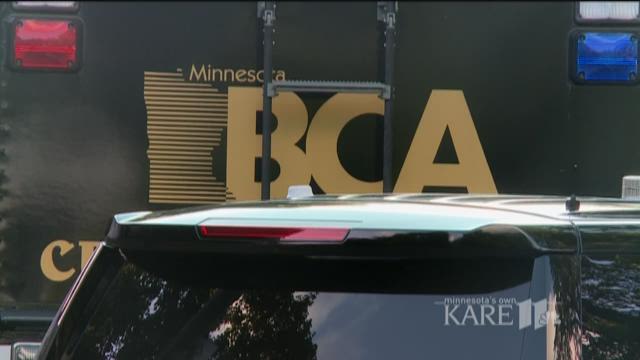 That detail, along with many others, were released Tuesday night as part of the Minnesota Department of Public Safety Bureau of Criminal Apprehension's (BCA) investigation. The BCA says its agents interviewed Noor's partner, Officer Matthew Harrity, on Tuesday. Harrity has been an officer with the Minneapolis Police Department for one year and was driving the squad the night of the shooting on July 15.

Officer Mohamed Noor has been an officer with the Minneapolis Police Department for 21 months. He was in the passenger seat of the squad, according to the BCA. The BCA says Noor has so far declined to be interviewed by investigators. Noor’s attorney did not clarify to the BCA on when, if ever, he'd do an interview. The BCA says, under the law, it cannot compel the testimony of either officer.

The BCA's preliminary investigation has found Officer's Harrity and Noor were responding to a 911 call of a possible assault near Damond's home at 5024 Washburn Avenue South. Investigators say the officers drove south through the alley between Washburn and Xerxes avenues toward West 51st Street in search of a suspect. All squad lights were off.

As they reached West 51st Street, Officer Harrity, according to the BCA, "indicated that he was startled by a loud sound near the squad." Immediately afterward, Damond approached the driver’s side window of the squad.

Harrity told agents that Officer Noor discharged his weapon, striking Damond through the open driver’s side window. The officers immediately exited the squad and provided medical attention, but the 40-year-old Damond died at the scene of a single gunshot wound to the abdomen.

Bowling Green State University Professor Philip Stinson is a nationally recognized use of force expert. He told KARE 11 there are plenty of questions that are still unanswered, including why Noor would shoot from the passenger seat through the open driver's side door.

"Shooting over his partner who is in the driver's seat is highly unusual. He could have easily killed the other police officer sitting next to him," Stinson said who is a former police officer.

He also wonders if the 911 call taker stayed in contact with Damond, if the operator told officers that she was outside, and perhaps most importantly, why did Noor shoot in the first place.

"There are a lot of questions that I have," he said.

RELATED: Father of woman killed by officer pleads for justice

During a news conference Tuesday night, Assistant Chief Medaria Arradondo says the city is reviewing its body camera policy. That includes focusing on how often officers activate them and the frequency in which they are activated. The department is eight months into its body camera program.

"In terms of our use of force policy, we’ve embedded the sanctity of life…not only for our officers and community members because we believe at the end of the day, everyone should go home," explained Arradondo, "that is before anything else, if you look up our use of force policy, sanctity of life should be the guiding force is how officers should be out there interacting with the community we are serving every day."

Crime scene personnel recovered a cell phone near Damond but did not locate or recover a weapon.

Officer Harrity told investigators that both he and Noor saw an 18 to 25-year-old white male bicycling eastbound on West 51st Street immediately before the shooting. The man stopped at the scene and watched as the officers tried to save Damond's life. Agents say they'd like to speak with him and any other witnesses who may have witnessed the incident, and urge them to contact the BCA at 651-793-7000.

The Minneapolis Police Department is in the process of preparing the written transcript of the 911 call and will make it public once it is complete.