The autopsy report has come back for the man shot and killed by police in north Minneapolis on Saturday night. 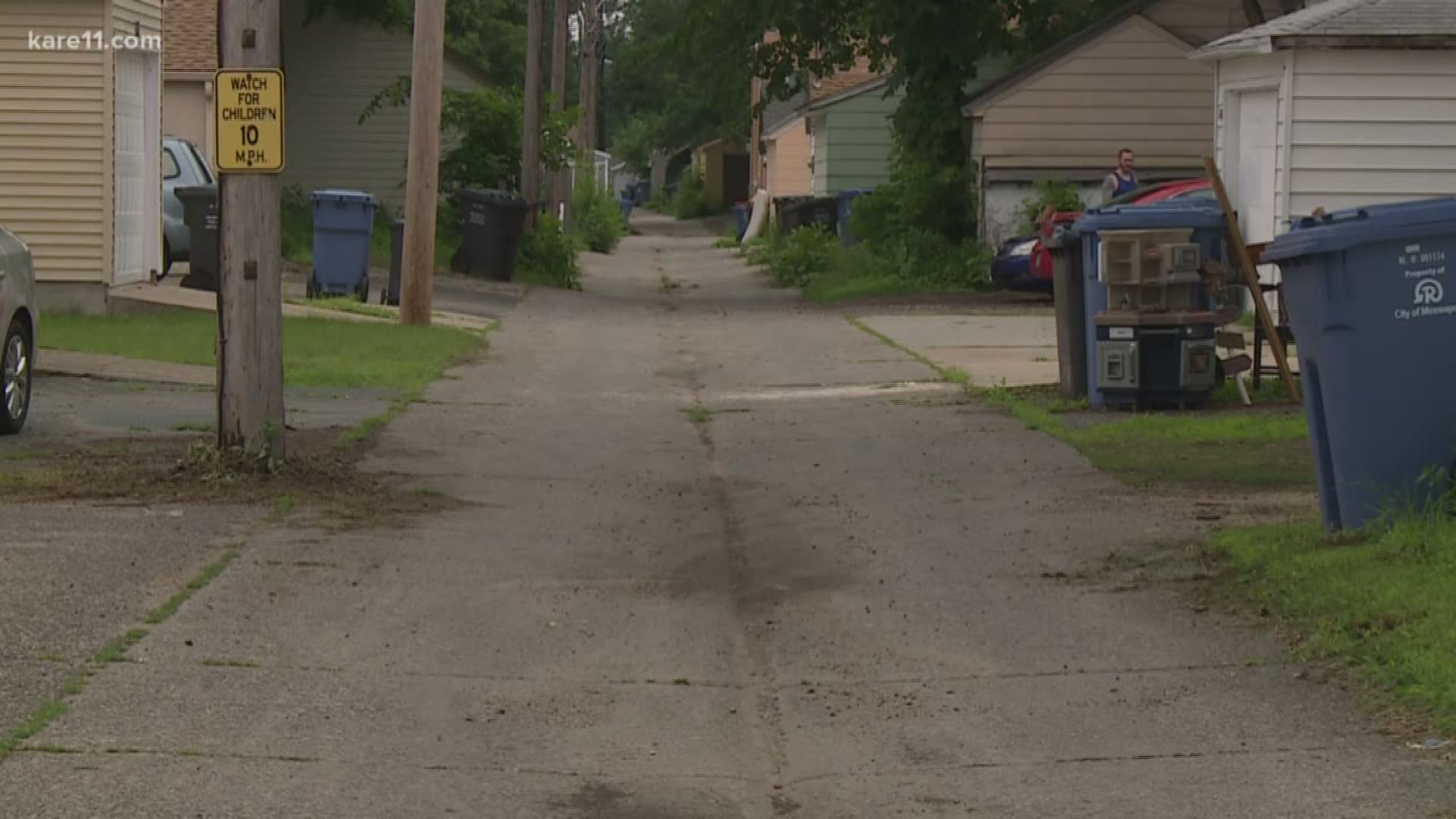 MINNEAPOLIS - A report from the Hennepin County Medical Examiner's Office says the man shot and killed by Minneapolis police on Saturday night died of "multiple gunshot wounds" and calls the manner of death a homicide.

Minneapolis police responded to 911 calls around 5:30 p.m. Saturday from the area around 47th Avenue North and Aldrich and Bryant Avenues. The calls reported a man firing a gun.

The Minnesota Department of Public Safety Bureau of Criminal Apprehension (BCA) is investigating. On Sunday, they issued a press release with further details, saying that when officers first arrived at the scene, a man was sitting on the curb with a woman at 48th Avenue North and Camden Avenue. The BCA said when the officers got out of their squad, the man fled, "carrying a black and silver gun."

The man has been identified as 31-year-old Thurman Junior Blevins.

The officers chased Blevins for several blocks and the BCA says at one point they fired their weapons, hitting him. He was pronounced dead at the scene.

One witness, Robert Lang, told KARE 11's Lou Raguse that he heard the confrontation from his driveway.

"I heard the police say, 'Drop the gun,'" Lang said. "I heard him say 'drop the gun' three or four times ... Then I heard maybe two or three shots ring out and then there was maybe a two or three-second delay and then multiple shots rang out, maybe eight or nine, and as soon as the shots stopped I came out and looked and saw the person laying in the alley already in a pool of blood."

Lang said he saw what looked like a black handgun about a foot and a half from the body. When the officer came up to the man, Lang said, the officer kicked the gun away.

Another witness, James Lark, told KARE 11's Heidi Wigdahl that he saw the beginning of the incident.

“They was in a confrontation, argument, and I heard a pop sound,” he said. “The lady was standing next to me, said they tased him. I really thought they had shot him. And the guy broke out running. I heard six, seven, eight shots.”

Bob Kroll, president of the Police Officers Federation of Minneapolis, said Sunday night that he did not believe the officers used their tasers.

“From the time all of this happened, a minute to a minute and a half, this guy was dead. No longer than two minutes tops," Lark said.

Ebony Walker lives nearby and heard Blevins and police in the alley.

The police officers' body cameras were on and activated. The BCA says squad cameras did not capture the shooting. There are conflicting witness reports, with the Associated Press reporting that some witnesses disputed that the man had a gun. The BCA says a black and silver handgun was recovered at the scene.

Lark said he did not see a gun on Blevins, only the plastic cup.

Protest leaders, including activist and lawyer Nekima Levy-Pounds, said on Sunday that they don't trust the BCA to complete an independent investigation. They also called for the names of the officers involved to be released.

The BCA says both officers are on standard administrative leave, and they will be named once they have provided interviews.

On Monday all 13 members of the City Council signed a statement asking that the body camera footage be released for pubic viewing quickly.

“We, the Minneapolis City Council, stand in solidarity with Northsiders and ask for the BCA to release the body camera footage and all other evidence related to the shooting of Thurman Blevins," reads the joint statement. "We, too, have many questions and call for full transparency about what took place before and led to this tragedy. Expediency and integrity are key to transparency and building trust. We ask for the BCA to answer our call for evidence to be released as soon as legally possible."

RELATED: Protests planned for Pride and other Minneapolis locations

"Today, June 23 Thurman Blevins, an African American man, was shot and killed by Minneapolis Police Officers in North Minneapolis. Eye witnesses stated he was killed while running away from the officers. The witnesses say that he was sitting on the curb with his girlfriend and baby. The cup that he was drinking can still be seen at the scene.

There are still a lot of unanswered questions. We are asking for full transparency and that the footage from the body cameras be released.

We are praying for the family and community members."

“This afternoon there was an officer-involved shooting, during which a man was killed. The officers arrived on the scene in response to two 9-1-1 calls indicating that a man was firing a silver 9 millimeter handgun. The victim was armed. The case has been referred to the Bureau of Criminal Apprehension (BCA) for investigation.

“I want to offer words that can help ease the pain that people in every neighborhood of our city feel tonight. But at the same time, I must recognize that whatever words I come up with will fall short of that goal.

“Tonight we grieve as our memories are stirred by a now too familiar feeling – by the loss of someone’s son, brother, friend, and neighbor.

“Events of the past several years, and now tonight, have tested our city in ways that are new to some neighborhoods but are all familiar for others. Strained relations between law enforcement officials and the communities they serve – especially communities of color – have exacted a toll on the very soul of our city, our region, and this nation.

“My heart is heavy knowing that tonight in Minneapolis, we mark the beginning of another chapter in a painful history. In the days ahead I will continue working with Chief Arradondo to gather all the facts and take action as necessary.

“The facts that we currently have are limited. But here is what we know now: This afternoon there was an officer-involved shooting, during which a man was killed. The officers arrived on the scene in response to two 9-1-1 calls indicating that a man was firing a silver 9mm handgun. The victim was armed, and the case has been referred to the Bureau of Criminal Apprehension (BCA) for investigation.

“At the end of the day, we know that no matter what transpired in the moments leading up to the shooting, we know with certainty that the outcome is a tragedy. To everyone hurting tonight: I’m sorry.”