The league's move will cost Minnesota three home football games and many others in volleyball, women's soccer and cross-country. 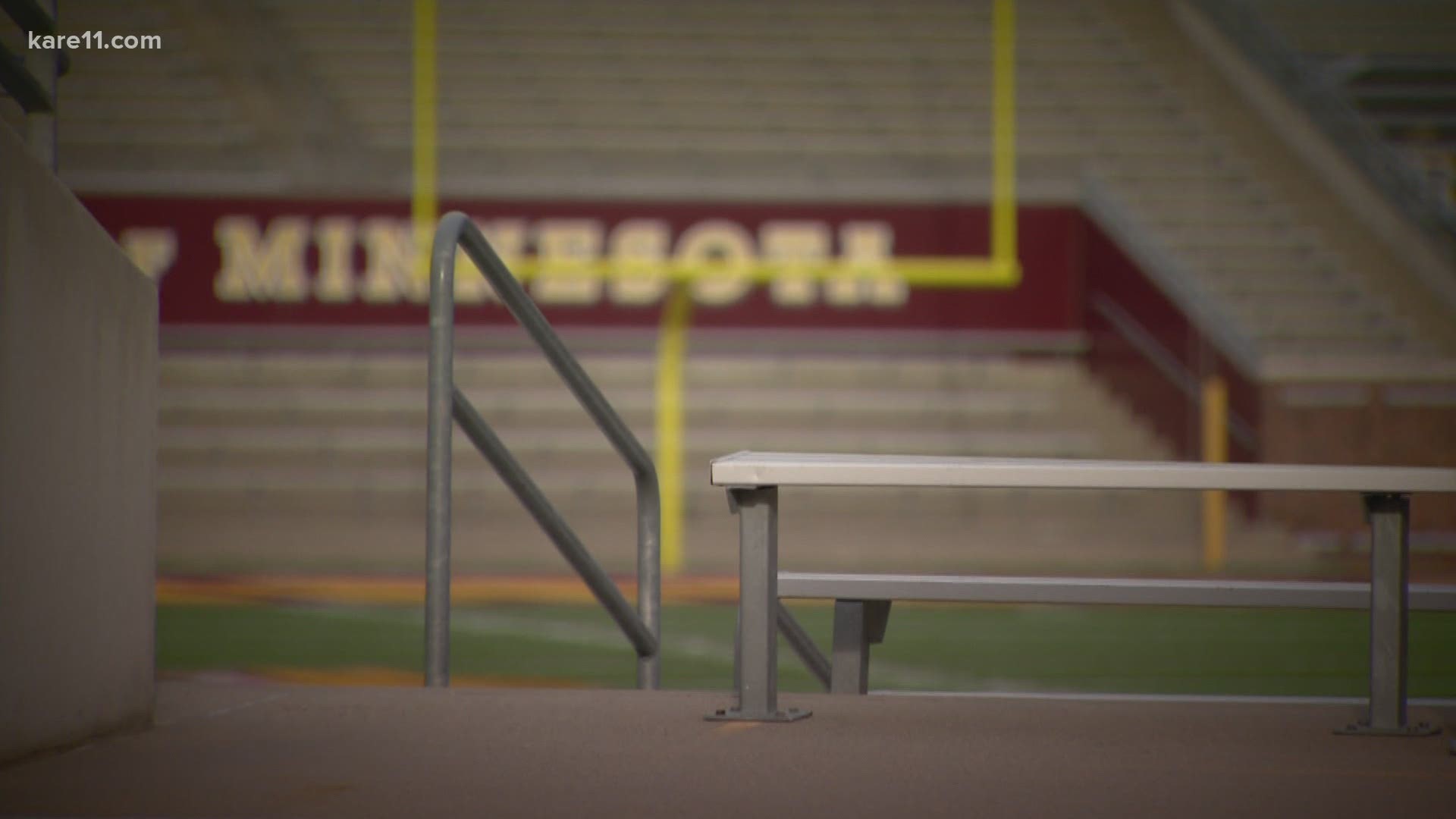 MINNEAPOLIS — The University of Minnesota’s fall sports teams will play abbreviated schedules without non-conference opponents in 2020, following an announcement on Thursday from the Big Ten Conference that effectively canceled games outside the league due to COVID-19.

Combined, the five squads would have competed in roughly two dozen events – both home and away – against opponents from other leagues in the early weeks of the season. So far, only the football team has publicly released its 2020 schedule. The Big Ten’s announcement on Thursday will cost the Gophers three home games at TCF Bank Stadium this fall, scheduled against Florida Atlantic (Sept. 3), Tennessee Tech (Sept. 12) and BYU (Sept. 26).

Minnesota is set to open Big Ten play against rival Iowa on Sept. 18, but the league suggested in a written statement on Thursday that it may adjust schedules “based on the most current evolving medical advice and the fluid nature of the pandemic.” Big Ten Commissioner Kevin Warren even flatly admitted that “we may not have sports in the fall,” depending on what happens with COVID-19 cases across the country in the coming months.

Mark Coyle, the athletics director at Minnesota, issued his own statement in support of the league’s decision and pledged to listen to medical experts.

“We clearly realize there are more questions than answers right now, but we will do our best to answer those appropriately when more information is available,” Coyle said. “We will also honor all student-athlete scholarships for the 2020-21 academic year if a student elects not to participate in athletics due to COVID-19 concerns.”

By canceling non-league games, the Big Ten became the first major conference to take significant action to limit competition this fall. The Ivy League also announced earlier this week that fall sports would be scrapped entirely.

Nadine Babu, co-owner of the popular site GopherHole.com, said the Big Ten’s move seems like a “last-ditch effort to save college football” in 2020. But it may not be enough, she fears.

RELATED: Seven U of M student-athletes test positive for COVID-19

“I do not expect to see football this fall. I’m hopeful, my fingers are crossed, and hopefully they can get some measures in place,” Babu said, “but I will say: there’s definitely going to be a domino effect.”

That’s because, as Babu points out, football generates a significant portion of the Minnesota athletic department’s overall revenue, just as it does at most major-conference schools due to ticket sales and multi-million-dollar television contracts. At a Board of Regents meeting in April, school officials estimated in a worst-case scenario that the school would lose $75 million in revenue for the upcoming fiscal year without fall sports. A loss that steep could potentially lead to cuts in other sports, although school officials have not made that suggestion yet.

The 2020 football season, if it is indeed played at all, promises to be especially lucrative for the Gophers, coming off a historic season last year that saw two sellouts at TCF Bank Stadium.

“I think this is really tough timing. I can’t remember another year where Gopher football was so highly anticipated, and people were so excited about the returning team,” Babu said. “And to possibly not have any of that, is gonna be tough to swallow.”

The Big Ten’s cancellation of non-conference games will also have a dramatic financial impact on opponents, particularly smaller schools that routinely sign huge contracts to compete in “guarantee games” against power-conference schools. USA TODAY reported that Florida Atlantic, a Gopher opponent in 2020, was among four programs that scheduled games worth more than $1 million. It is unclear if schools such as Minnesota will still owe money to their opponents for games that do not occur.

Aside from finances, Gopher athletes competing in fall sports will face significant uncertainty, as they wonder whether they’ll even have a season in 2020. The Big Ten has not given a timetable for any further decisions.

“There are just so many questions right now, and so much speculation,” Babu said, “that you hope we can get back to the new normal as quickly as possible.”