The high water in Stillwater is delaying a project that will likely be popular with walkers and bike riders. It's the St. Croix River Crossing Loop Trail and it will incorporate Stillwater's historic lift bridge. 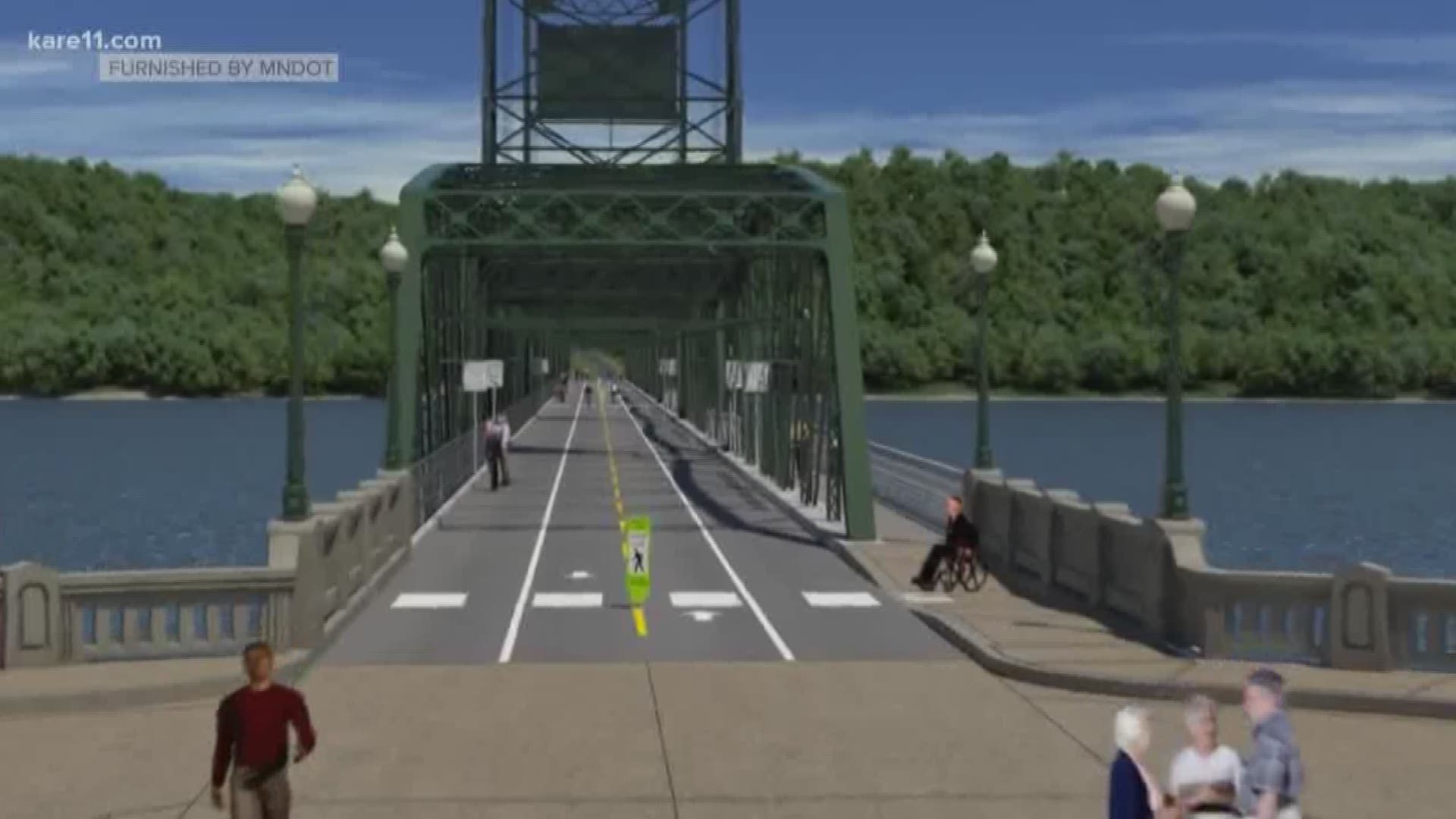 Bikers and hikers will have to wait a bit longer for the long-anticipated St. Croix River Crossing Loop Trail

High water on the St. Croix River has pushed back the opening of the bike and pedestrian trail from this summer - to this fall.

“We would love to be out there working,” Minnesota Department of Transportation spokesman Kent Bernard said on a sunny Friday afternoon in downtown Stillwater. “Today would have been a great day to be out there too.”

Plans for a summer opening have been foiled by high water on the St. Croix River, forcing the removal of construction equipment from the historic Stillwater lift bridge.

The bridge is undergoing extensive renovations. When complete, the loop trail will pass over it, carrying bikers and hikers into downtown Stillwater.

The loop trail will be nearly five miles long, connected on one end by the lift bridge and on the other by the new St. Croix River Crossing bridge.

Several other bike trails – on both side of the river - will feed into the loop trail like spokes connected to a hub.

“For the biking community it means a whole system of trails that you start in downtown Stillwater,” Lee Stylos, the owner of Stillwater’s Chilcoot Café & Cyclery, said.

Most of the loop trail is already accessible, with bathrooms and a picnic shelter constructed on the Wisconsin side of the river, though not yet opened.

Work on the approach to the lift bridge will resume on Monday on the Wisconsin side.

Though delayed, plans are still underway for the loop trail’s grand opening.

“Hopefully it'll be done in time for the pretty colors,” she said.