Minnesota lawmakers are moving quickly to pass a bill that would target parents who let their daughters undergo circumcision, also known as female genital mutilation. 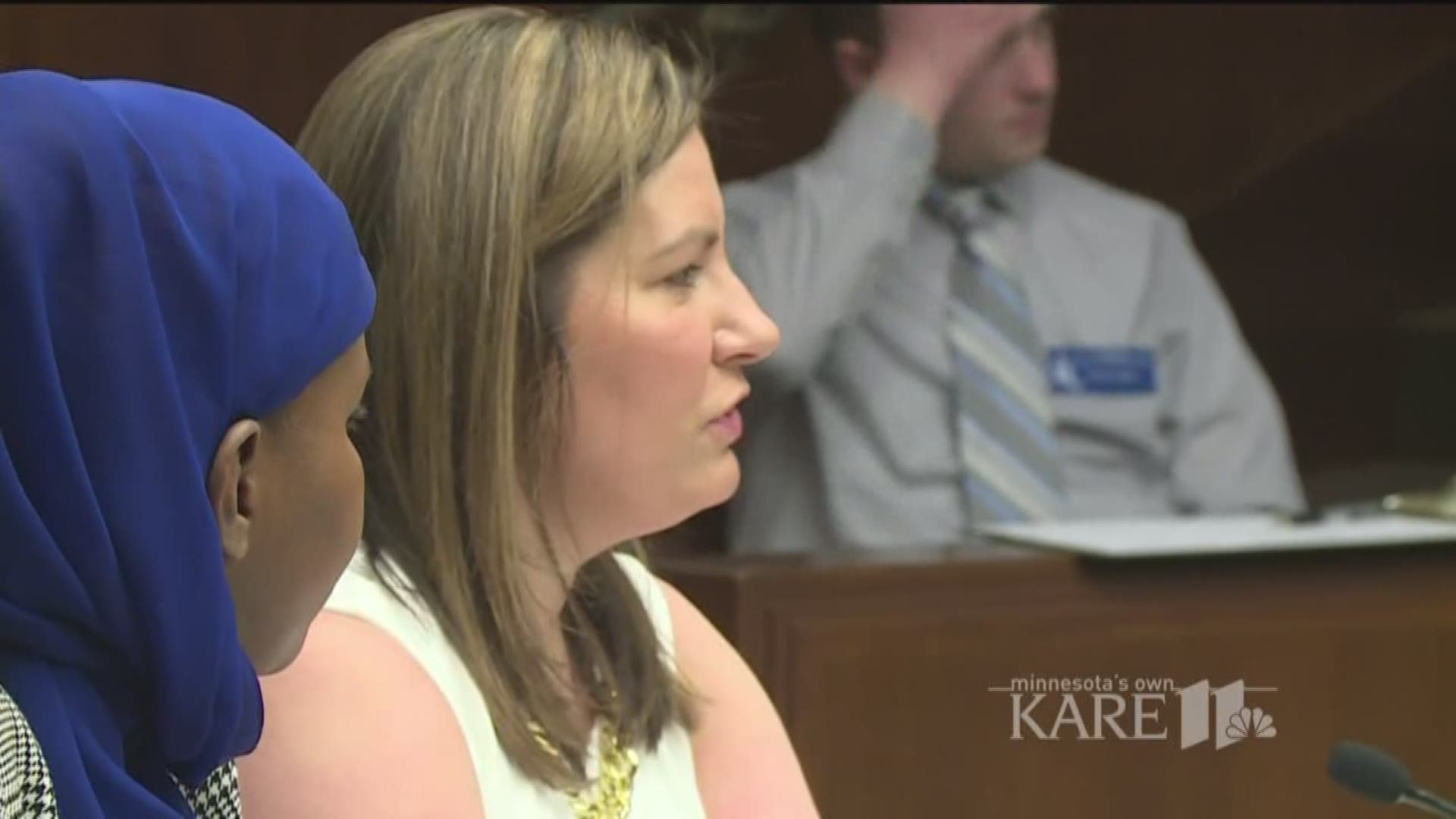 ST. PAUL, Minn. -- Minnesota lawmakers are moving quickly to pass a bill that would target parents who subject their daughters to circumcision, also known as female genital mutilation.

It’s already against the law for a doctor to perform that surgery on a girl, but the bill introduced by Rep. Mary Franson would make it a felony for parents or guardians to allow it to happen. If Rep. Franson’s bill becomes law a parent could spend up to five years in prison if convicted, and could lose custody of the child.

“If you sexually abuse your child just once you are subject to losing your child. This bill should be treated no differently,” Franson, an Alexandria Republican, told her colleagues Wednesday in the Civil Law Committee.

She said she was spurred to action two weeks ago when Detroit doctors Jumara Nargwala and Fakhruddin Attar were charged with circumcising two Minnesota girls taken to Michigan for the surgery.

Franson’s bill would apply even if the actual act took place in another state or country, citing incidents of “cutting vacations” in which families take girls back to Africa during breaks from school.

“Do you know what a gross misdemeanor is? Do you think that female genital mutilation is the same playing field as cheating at cards?”

The practice is widespread in parts of Africa, the Middle East and Indonesia, but is banned in the United States.  A blade is used to cut away a girl’s outer genitalia and stitch together her vulva, leaving just enough space for urine and blood to pass.

An estimated 200 million girls worldwide have been subjected to genital cutting, which can be done anytime between birth and puberty.

“You expect it’s going to happen, and if you have older sisters you know your time’s coming, but you pray it doesn’t happen,” Farhio Khalif, a native of Somalia who lives in the Twin Cities, told KARE.

She said she underwent circumcision when she was seven years old.

“You look forward to the day you get married, but your husband, if he finds out you’re not circumcised, or that they missed a stitch, then he’s going to divorce you. You know he’s going to find out the first night he sees you.”

Khalif said she grew up believing it was a universal experience for all the girls in the world until she met and married an American sailor, who was very saddened to learn what she had endured. She said the military doctors who treated her were very sympathetic, and explained that the stitching could make vaginal child birth difficult.

Khalif, now a mother of two boys, read about Franson’s bill in the newspaper and asked if she could testify in support of the legislation, in hopes of helping with community outreach.

She told lawmakers of being blindfolded for her cutting, and then being shown her clitoris after it was removed.  Khalif said the elders told her that her body was solely for the enjoyment of her future husband.

Rep. Abigail Whelan, a Ramsey Republican, was one of several members of the panel moved to tears by the account.

“Don’t believe what they told you. We are created in God’s image, and we are created to enjoy one another,” Rep. Whelan remarked.  “Thank you for your courage and for stepping out to protect little girls so they don’t have to go through what you went through.”

But Rep. Ilhan Omar, the first and only Somali immigrant in the Minnesota Legislature, suggested that Franson’s bill was a rushed response and wasn’t the most effective to help victims.

“The practice is already illegal. It is illegal for you to transport your child to another country, to another state, to have this act done,” Rep. Omar, a Minneapolis Democrat, told Franson.

“And I don’t want us to create laws because there is a flashy headline.”

Rep. John Lesch, who is also a prosecutor asked why local county attorneys hadn’t been consulted, to determine whether parents could be charged under existing statutes.

Rep. Lesch noted that so far only Republicans had signed on as sponsors of Franson’s bill, causing him to suspect political motivations.

“This is why there is some suspicion, I think rightly so, that this done as window dressing for the media,” Lesch said.

He cited a recent Twitter post from Franson, which read, “FGM is a real woman’s issue, and yet silence from the party that claims to be the party of women’s rights.”

Franson shot back, “What a disgusting and vile thing to say when we are talking about children being sexually abused! This has absolutely nothing to do with cameras in the room, with the headlines in the paper! This is about saving children’s lives!”

Lesch said everyone in the room felt compassion for the girls who’ve been victimized, but he wanted to make sure the legislation accomplishes its goal.

“Being angry is just the first step in getting this change in Minnesota. After that you need to have a law that correctly identifies the problem and gets prosecuted,” Lesch asserted.

The bill eventually passed the committee unanimously, and faces several other committee hearings. The Senate companion bill, carried by Sen. Karen Housely of Stillwater, hasn’t had a hearing yet.