Something special happened for Blake senior Robbie Grace on her very first long jump of the season. 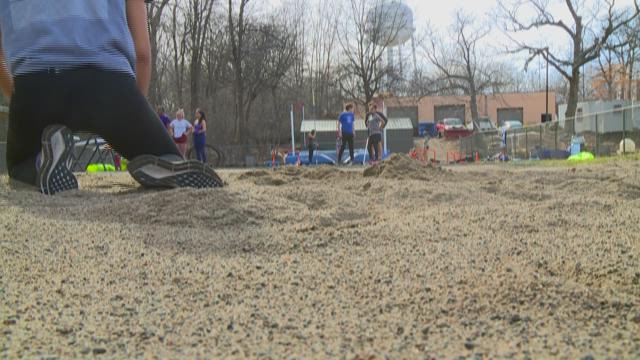 HOPKINS, Minn. — Blake senior Robbie Grace lives for the long jump: from the moment she takes flight to when her feet hit the sand.

“It’s a feeling you just can’t get enough of,” Grace said. “It just feels good.”

“When he said the number we both kind of looked at each other,” Blake coach Scott Stadem said. “She screamed, and I went, ‘Did I just hear that right?’”

This year, Grace became just the second girl in Minnesota history to ever jump 20 feet. She did it on her very first jump of the very first meet of the season.

Grace would come just a quarter of an inch away from the state’s All-time record (20-1.25) set by former STMA star Anna Keefer in 2017.

It seems almost certain now that Grace, last year’s defending state champ in the long jump, will set the new benchmark this season.

But here’s what’s truly special about the Wake Forest commit: she’s not just a long jumper.

Last year, Grace took second in the 400 meters, second in the 200 meters and third in the 100 meters. Basically, winning Blake the class A state team title all by herself.

“It was my favorite part of last year,” Grace said.

“This is leadership by example,” Stadem said.

Now, Grace’s new goal is to win all four of her events, and she thinks she can get it done.