The Food and Drug Administration approved a new blood test for concussions and head injuries this week. 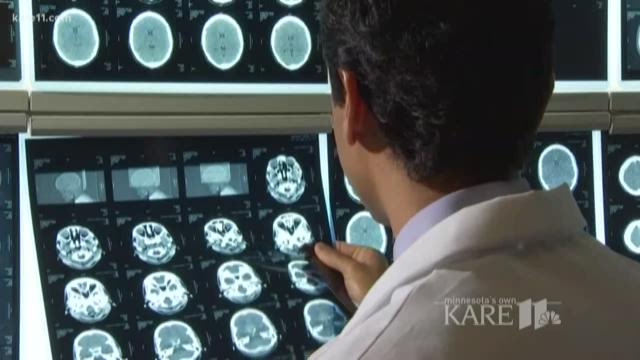 MINNEAPOLIS - The Food and Drug Administration approved a new blood test for concussions and head injuries this week.

Traditionally these injuries were diagnosed using a variety of other tests and tools, such as CT scans, cognitive tests and physical examinations.

The new test however, focuses on the patient's blood, and looks for two unique proteins that can be found in high numbers after a traumatic brain injury.

"When your brain gets damaged, the neurons leak proteins. Those proteins cross the brain barrier and get into the blood stream and you can detect them," HCMC Neurosurgeon Uzma Samadani explains.

She says the research team has been working on a study of this new blood test since the spring of 2016.

She says the findings are very promising.

"We did a blood test on a patient and it showed his UCHL-1 was about 1000-fold elevated compared to normal," Samadani says. "His brain injury wasn't obviously apparent when he first came in."

The new test won't replace more traditional testing, Samadani says. It will become just one of many diagnostic tools doctors can use on head injuries.

However, doctors are hoping the new blood test will limit the number of CT scans they need to perform on patients, which would save those patients both money and unnecessary radiation in their bodies.

The new test however, comes with some limitations, says Samadani.

The two proteins the test searches for are only secreted during extreme cases when there is internal bleeding in the skull.

"The number one cause we see is car accidents, number two is falls, especially with the elderly," Samadani explains.

Other common causes for this type of head injury include accidents involving extreme sports, like snowboarding, skiing and skateboarding.

Samadani says the test won't work on injuries sustained while playing other sports like football and soccer, because the injuries won't be severe enough.

"In football the injuries are very specific to a small part of the brain and don't cause bleeding," Samadani says.

The new test should be available to medical providers later this year.

The FDA has posted recommendations on how to use this test on its website.