The Midwest Medical Examiner's Office in Anoka County has ruled the deaths of Willie and Gloria Scheel, a homicide. 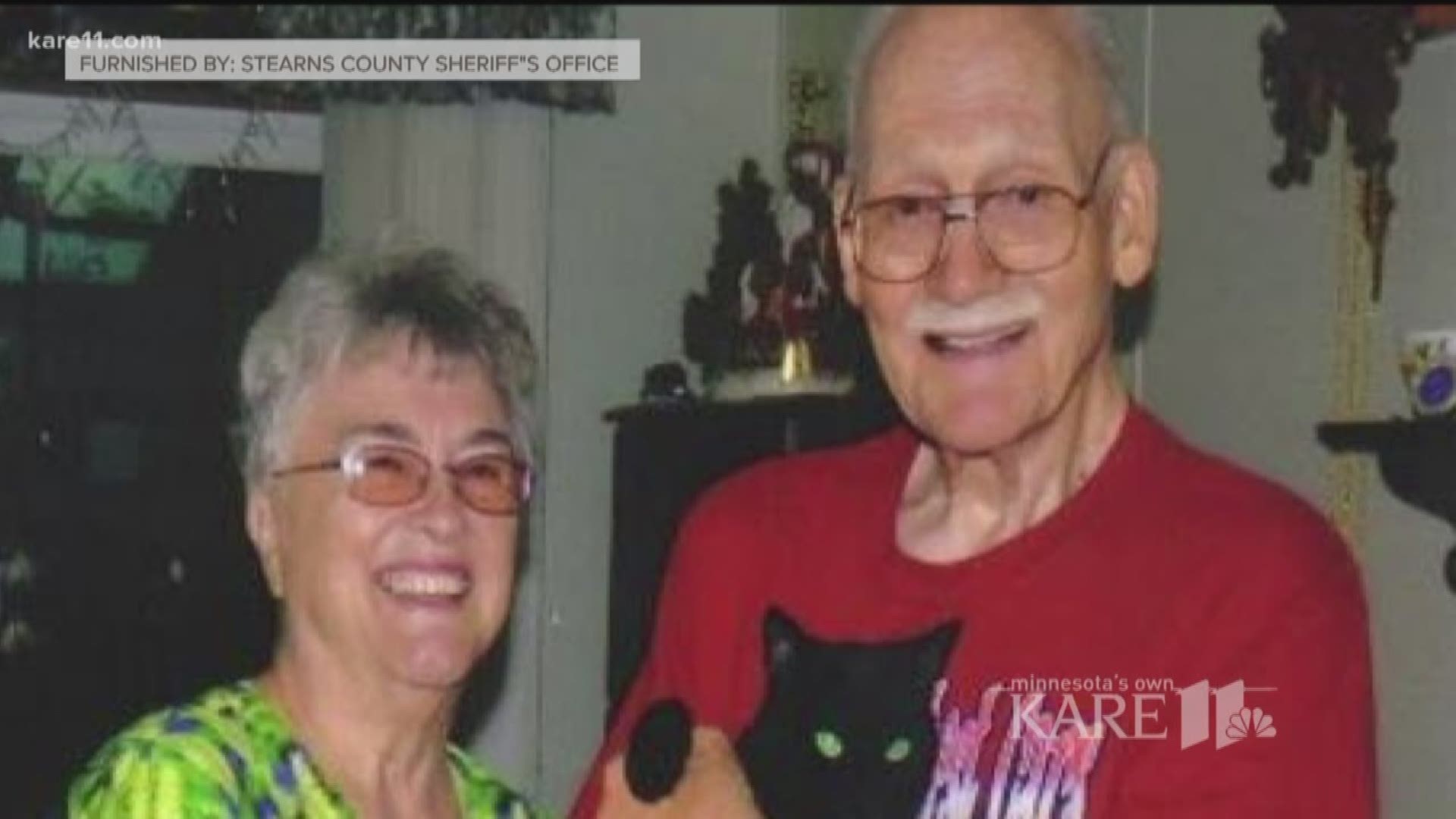 PAYNESVILLE, Minn. - An elderly couple from Paynesville found dead Thursday evening in rural Kandiyohi County was murdered, according to an autopsy report.

Wilbert (Willie) Scheel, 93, and his wife, Gloria, 80, were reported missing Wednesday night, along with their grandson, 34-year-old Greg Scheel, who lived with them.

According to the Stearns County Sheriff's Office, the Scheel's missing vehicle was located on County Road 5 on the east side of Game’s Lake in Kandiyohi County. The caller reported the vehicle appeared to be stuck in the mud and had been there for some time.

The sheriff's office reports while the vehicle was being processed, agents and investigators found the bodies of Willie and Gloria Scheel inside the vehicle under some carpet. The Midwest Medical Examiner’s Office in Anoka County has ruled the cause of death as a homicide.

The sheriff's office reports, shortly after the Scheel's vehicle was removed from the scene, a caller reported a man on County Road 5 south of where the vehicle had been located. Authorities identified the man as Greg Scheel and took him into custody.

After further investigation, the Stearns County Sheriff's Office says it determined that probable cause existed to place Greg Scheel under arrest for two counts of intentional second-degree murder. Scheel has not yet been charged with the crimes. KARE 11 typically does not name a suspect in a crime until they are formally charged, however, the Stearns County Sheriff's Office made Greg Scheel's name public Thursday as part of a missing person report, in this case.

"I could point to their pew every Sunday."

Both were beloved in the small Stearns County community they helped build.

"We always appreciated and we always listened to Willie and Gloria because they didn't have to be a leader by title. Alright. They were a leader by fact," Kandels said.

As Paynesville mourns, the stories about Willie and Gloria begin to be told.

Like how three-times a week, they'd deliver free meals to seniors. How, even at 93, Willie was a star ping pong player. How he was would drive a car for royalty during parades. How they both enjoyed skiing.

"I saw Willie with his ski boots on once. I looked at him and I said, 'Willie are you going skiing?' And, Gloria started laughing and said he's going. I said, 'Willie, you're 91-years old.' He said, 'Yeah, I already know that,'" Kandels said with a chuckle.