The Ramsey County attorney announced last week two Roseville police officers will not be charged in the February shooting of a man with untreated mental illness and substance abuse. 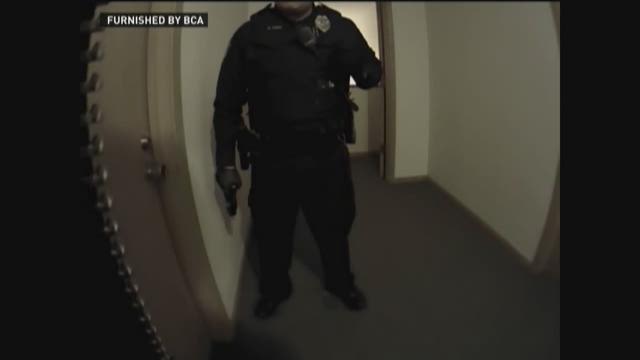 ROSEVILLE, Minn. - The Ramsey County attorney announced last week two Roseville police officers will not be charged in the February shooting of a man with untreated mental illness and substance abuse.

KARE 11 has obtained the body camera audio and video, that shows what officers must deal with when dealing with someone in a crisis situation.

Roseville police were responding to two 911 calls that a man in an apartment was yelling, swearing and breaking things.

The man was John Birkeland, who according to his family, suffered from untreated mental illness and substance abuse.

According to his family, John &nbsp; Birkeland suffered from untreated mental illness and substance abuse.

After 18 minutes of asking Birkeland to open the door, the officers busted through, later saying they wondered if Birkeland was held inside against his will.

"In my mind, I've been to that call," said Patti Hecht-Kressly as she watched and listened to body camera footage of the encounter. "It's a very, very complex situation."

After 13 years as an officer in South St. Paul, Hecht-Kressly now teaches Crisis Intervention Team Training to police, to help them de-escalate situations regarding persons with mental illness.

Situations like the Roseville encounter, in which police play the role of mental health counselor.

When Birkeland refused to come out of a bedroom closet, the officers sent in a K-9.

On the body camera audio, you can hear an officer yell, "Drop the knife!"

Twenty-four minutes after officers first knocked on Birkeland's door two other officers fired four shots, killing him. They say Birkland stabbed the K-9, then was lunging toward them with a knife. The body camera video didn't capture any of it.

"They pounded and escalated the situation. John Birkeland didn't deserve to die. Everything they did was wrong," said Birkeland's sister, Carla Tice.

But Hecht-Kressly says to keep this in mind:

Crisis Intervention Team Training is a 40-hour class that is not mandated in Minnesota. A third of Roseville officers have received the full training, while the rest have received at least part, according to the department.