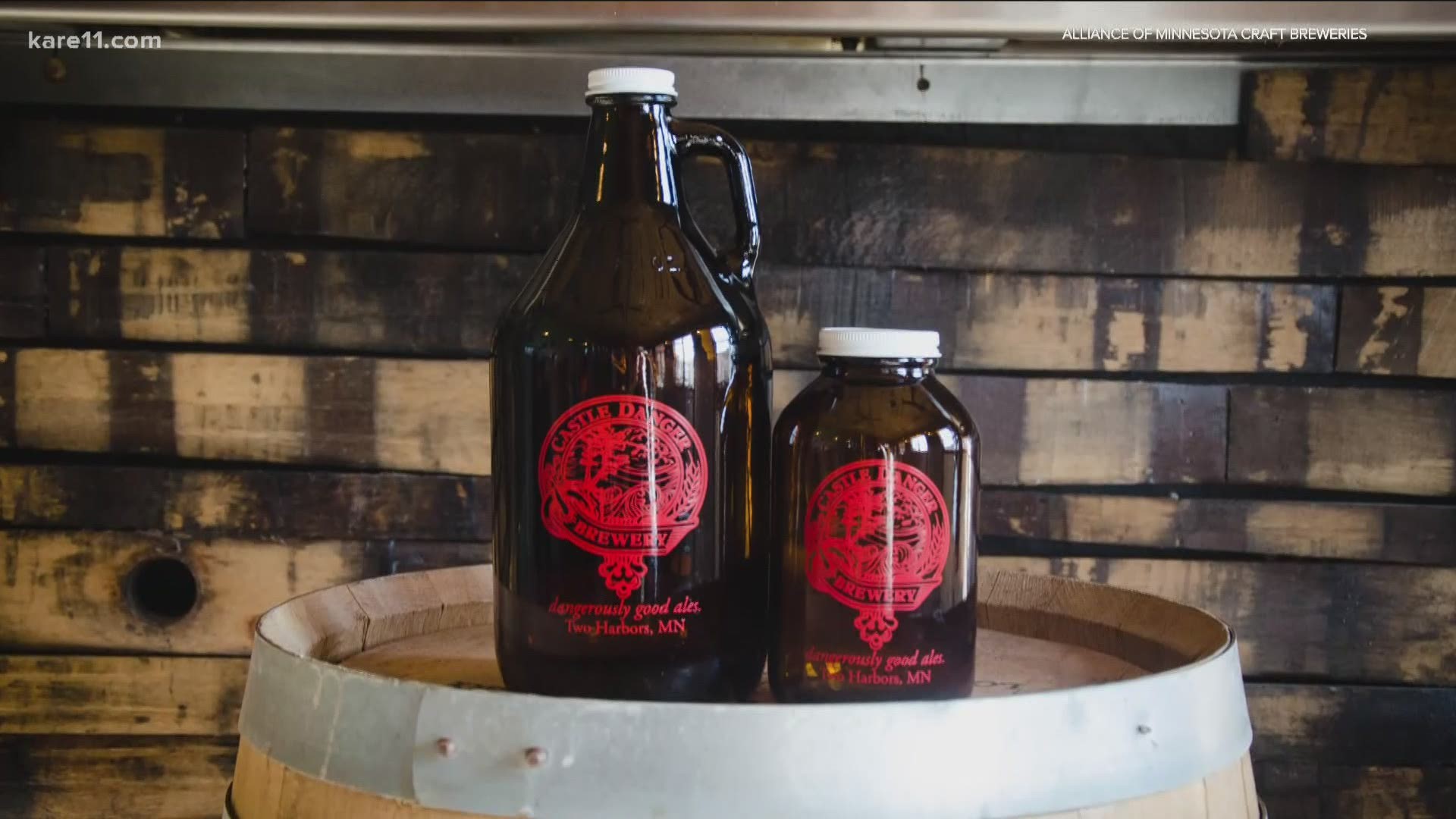 SAINT PAUL, Minn. — Jim Diley is the co-owner of Fulton Beer, one of six breweries in the “Alliance of Minnesota Craft Breweries” pleading for lawmakers to remove the "growler cap" this legislative session.

“Fulton sells about 60% of all the beer it produces to bars and restaurants in draft, and the pandemic effectively shut all of that down,” says Diley.

The current state’s cap restricts growler sales once a brewery produces 20,000 barrels of craft beer per year. Four breweries in the alliance can't currently sell growlers, while two are close to cap.

“What we want is the ability to sell those growlers, so that when you come to Fulton, or Surly or Schell’s, we want you to have the opportunity to take some of that experience home in a growler,” says Diley.

Diley says some breweries are now forced to dump some of the beer that can’t be sold. Efforts to amend a bill to allow large breweries to sell 64-ounce growlers to go failed last month, leaving some state lawmakers saying “change is needed."

"Bills will be moving, and I will be involved, and my hope is that we can reach a consensus that will help, not only these breweries that can no longer can sell growlers, but that we have some other comprehensive alcohol, craft beverage reform.”

To learn more about the Alliance of Minnesota Craft Breweries, visit the website here.