"It's not often you hear about taxes going down," says Tyson Schnitker, owner of Skaalvenn Distillery in Brooklyn Park. 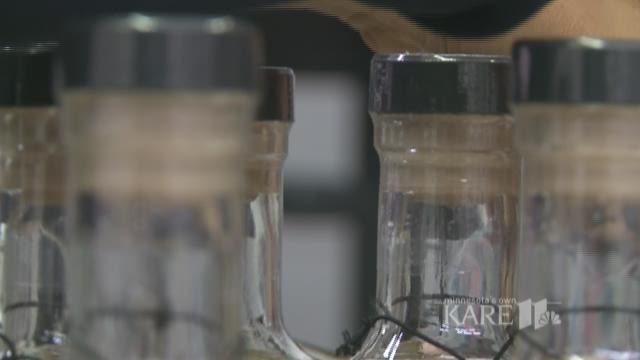 BROOKLYN PARK, Minn. - In Minnesota, some craft brewers and distillers say they're happy about the changes implemented by the controversial Republican-led tax bill.

"It's not often that you hear about taxes going down," says Tyson Schnitker, owner of Skaalvenn Distillery in Brooklyn Park.

Skaalvenn is about as "mom and pop" as you can get.

He makes the spirits and his wife, Mary, helps him bottle. But there's another expense that's almost like paying for another employee -- the federal taxes they pay every year.

"You're talking tens of thousands of dollars," he says.

That's more than the cost to rent the 1,800-square-foot space, and all of the utilities combined.

But everything changed New Year's Day, when a provision in the Republican-led tax bill cut taxes for Skaalvenn and every other distiller, brewer and winemaker.

"We never expected it to pass, ever in our lifetime," Schnitker says.

For wineries and breweries, the savings amounts to a few dollars a barrel.

But for distilleries like Skaalvenn, the savings are much more lucrative.

Enough savings to allow Schnitker to hire his first-ever employee.

The cut is also preventing the company from adding a one-dollar price increase to every bottle they sell.

"We emailed the distributor and said wait, hold up, we are not raising our prices in 2018."

Schnitker has heard from other distillers who also plan to add more employees in the new year, giving the craft industry a much-needed boost.

"This tax reduction is really going to help a lot of the small distilleries like us survive," he says.