Authorities say a burning boat drifted and started three others on fire on Lake Minnetonka on Sunday. 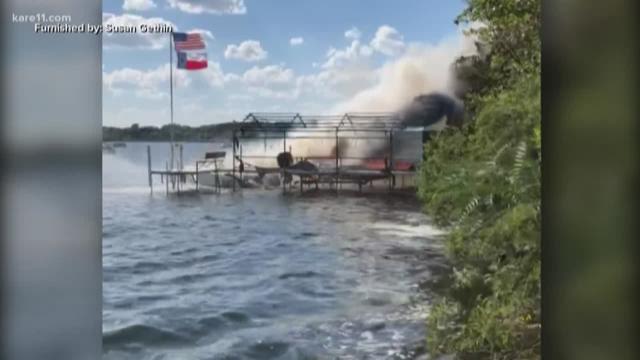 It started when a boat out on LaFayette Bay started on fire. That boater was rescued but his boat drifted, touching another docked boat and starting it on fire, melting the dock next to it, and burning the canopy overhead.

The burning boat then drifted to the next dock and ignited a boat there that belonged to a firefighter.

The fires resulted in black plumes of smoke drifting over Shoreline Drive.

Mound firefighters were able to put out the fires shortly after arriving. Nobody was hurt, and investigators are still determining what started the initial fire.

Several boats on Lake Minnetonka caught fire on Sunday. Thankfully no one was injured. https://kare11.tv/2xpaZK3