The University of Minnesota doesn't normally award summer research internships to a high school junior, but Aimee Milota isn't normal. She's one in a million. 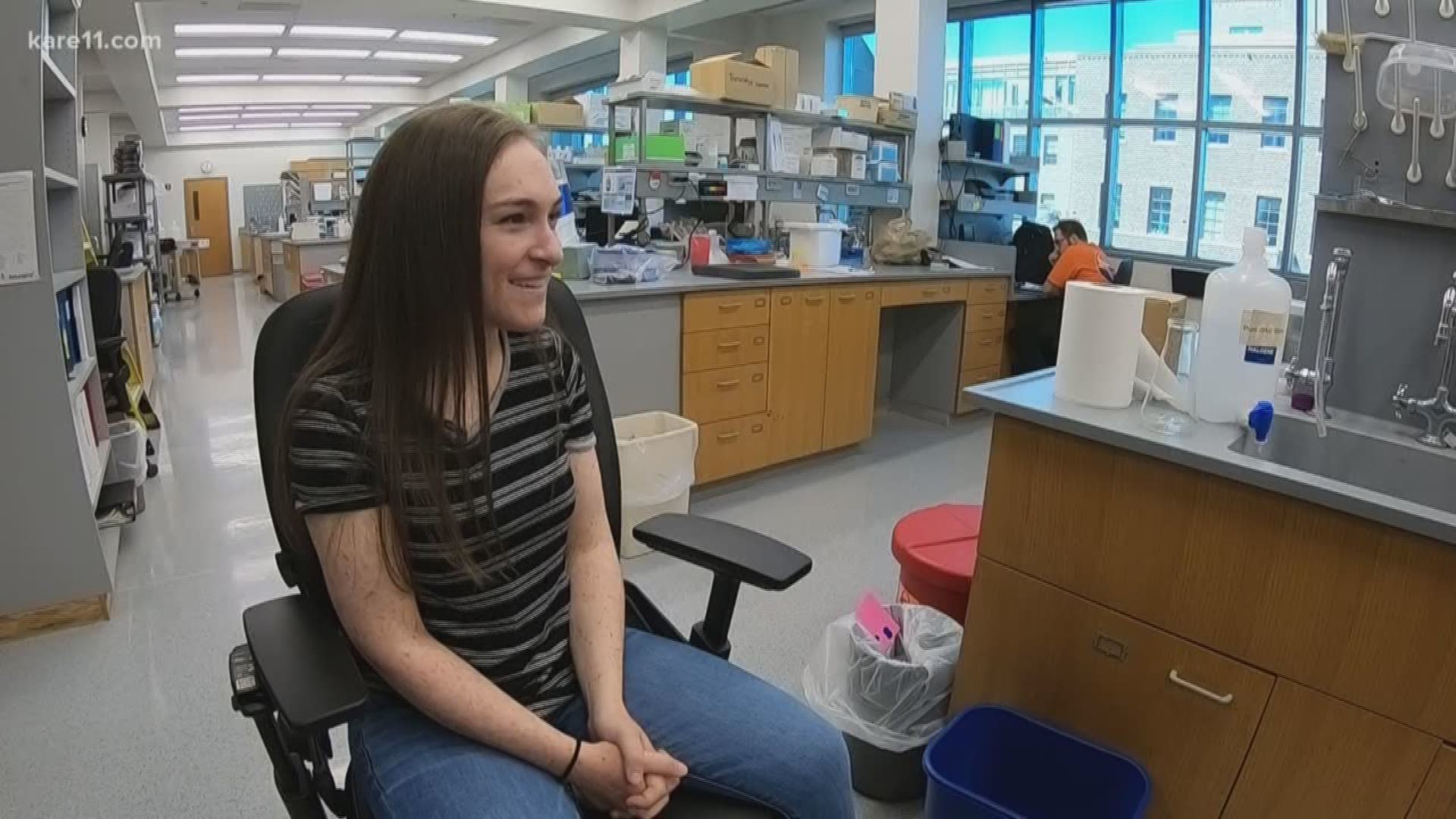 GOLDEN VALLEY, Minn — Aimee has always lived with the restriction of not being able to go outside.

She often wears special gloves and a hat that protects her from ultraviolet light because she lives with a disorder known as Xeroderma Pigmentosum, also known as XP.

Director Laura Niedernhofer, who works at the Institute on the Biology of Aging and Metabolism at the U of M Medical School, says, "Aimee usually has to go everywhere with a little UV meter to see if her environment is safe before she can walk into a room."

And, early in Aimee's life, she frequently dealt with both.

Aimee's mother, Michelle says, "Aimee was diagnosed at 16 months, with XP, and she did have her first skin cancer at that time. From the time of diagnosis to about the age of three she had 26 skin cancers removed."

But, in the 13 years since, Aimee has been cancer free, relying on a variety of UV blocking materials - developed by 3M - which helped her thrive and advocate for others with the disorder.

Michelle says, "She was very instrumental in getting window tint legislation passed in the state of California. Individuals with rare skin conditions can have their cars tinted, because without that she wouldn't even be able to drive a car."

The same UV blocking film is now being installed inside the University of Minnesota's lab where Aimee will intern this summer, thanks to a donation by 3M and Sun Control of Minnesota.

Grateful because she'll be researching her own disease and, in the process, helping understand more about skin cancer in general.

Director Niedernhofer states, "We've learned everything that we know about skin cancer, which affects so many people in the United States, and we learned it all because of children with XP."

"It's not really normal for someone who has a condition to be researching their own condition," Aimee says. "I just hope it will get us closer and closer to finding something to help everyone who is affected."

Aimee and her mother will be driving from Sacramento to Minneapolis this weekend, so that she can have her UV blocking car when she begins her internship next week.