When a crew painted a cell phone tower near Highway 610 and Zachary Lane in Maple Grove late last month, car owners in the area soon realized that they were left with a speckled side effect. 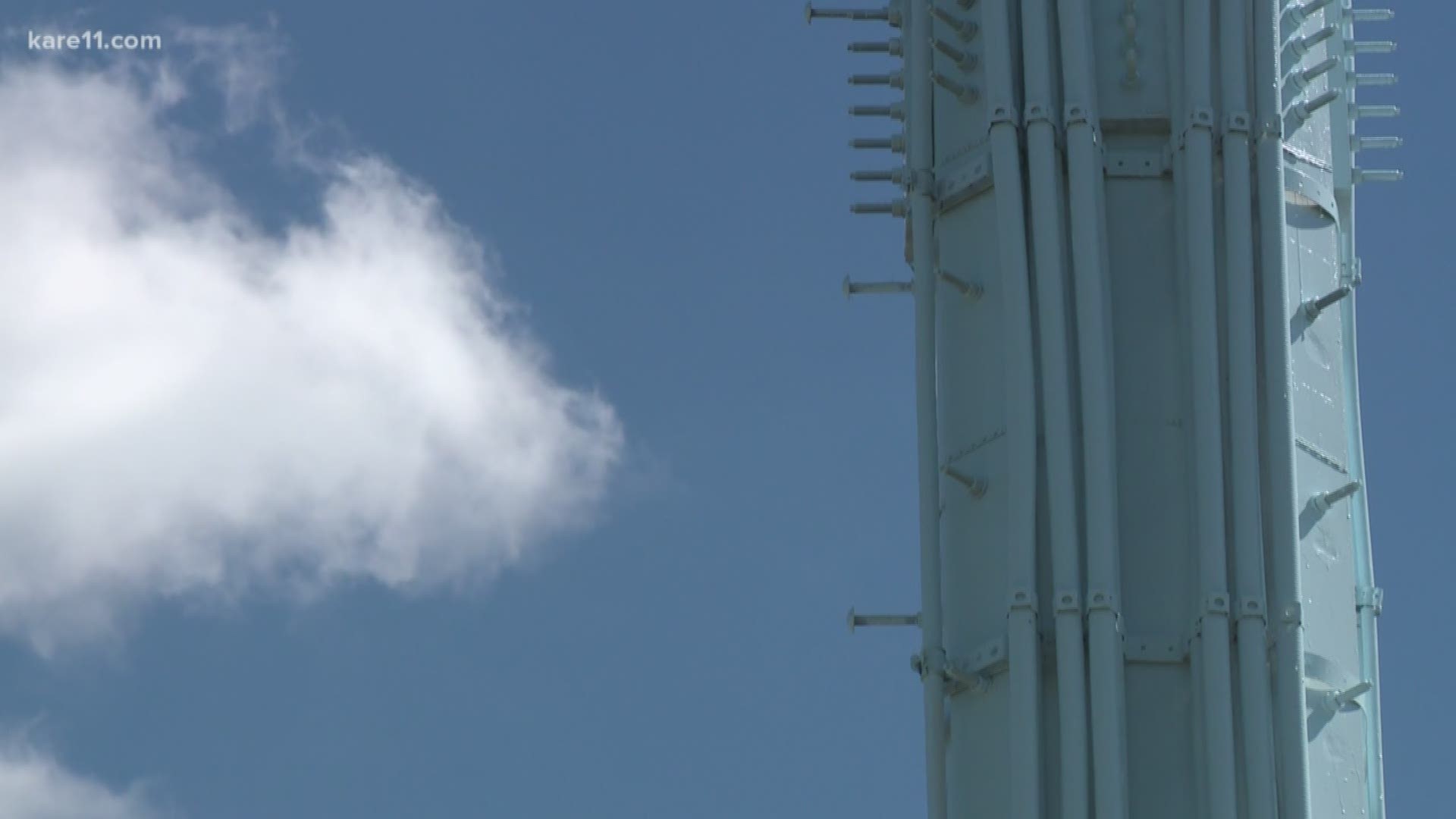 MAPLE GROVE, Minn. - It was a big painting project that went wrong in a big way.

When a crew painted a cell phone tower near Highway 610 and Zachary Lane in Maple Grove late last month, car owners in the area soon realized that they were left with a speckled side effect.

"I told everyone to get into their car and go down to the carwash, hoping the paint was still wet enough and we could just quick scrub it off but that did not turn out to be the case," said Zach Ward, co-founder of Omni Brewing, which is located next to the cell tower in question.

SBA communications, which owns the tower, tells KARE 11 that a sub-contractor, Telewincom is responsible for an "over spray" of special paint meant for the cell tower, which traveled on to nearby cars and businesses due to the wind.

"It's just stuck. It won't come out," said Dustin Newcomb, whose pickup is covered with specs of white and light blue paint. "The wind was just right and it was blowing it everywhere. Then they came out the second morning to try to do it before anybody got here and it hit vehicles again."

The insurance company for Telewincom brought in crews to the area to remove the paint, but it takes time. They have received 132 vehicles for cleaning over the past month, and the work will take them at least until the end of this week.

"One of my coworkers has had his car detailed, he said it did not remove everything yet," Ward said. "We're still kind of in a waiting game."

Newcomb says he's also been waiting to hear back from the insurance company because he'd rather take his vehicle to a local shop.

“You have somebody do it like them and (if) they don't get it all ... you've got to go back to them and they're from a different state," Newcomb said. "I live here so I'm not driving there to get it fixed."

According to SBA, the cell tower was among "four or five" locations that were over sprayed, but vehicle owners say the tower paint was the only source they knew about.