Chaska Police are again warning the public about lottery scams after an elderly woman was nearly tricked into thinking she won the New York Lottery. 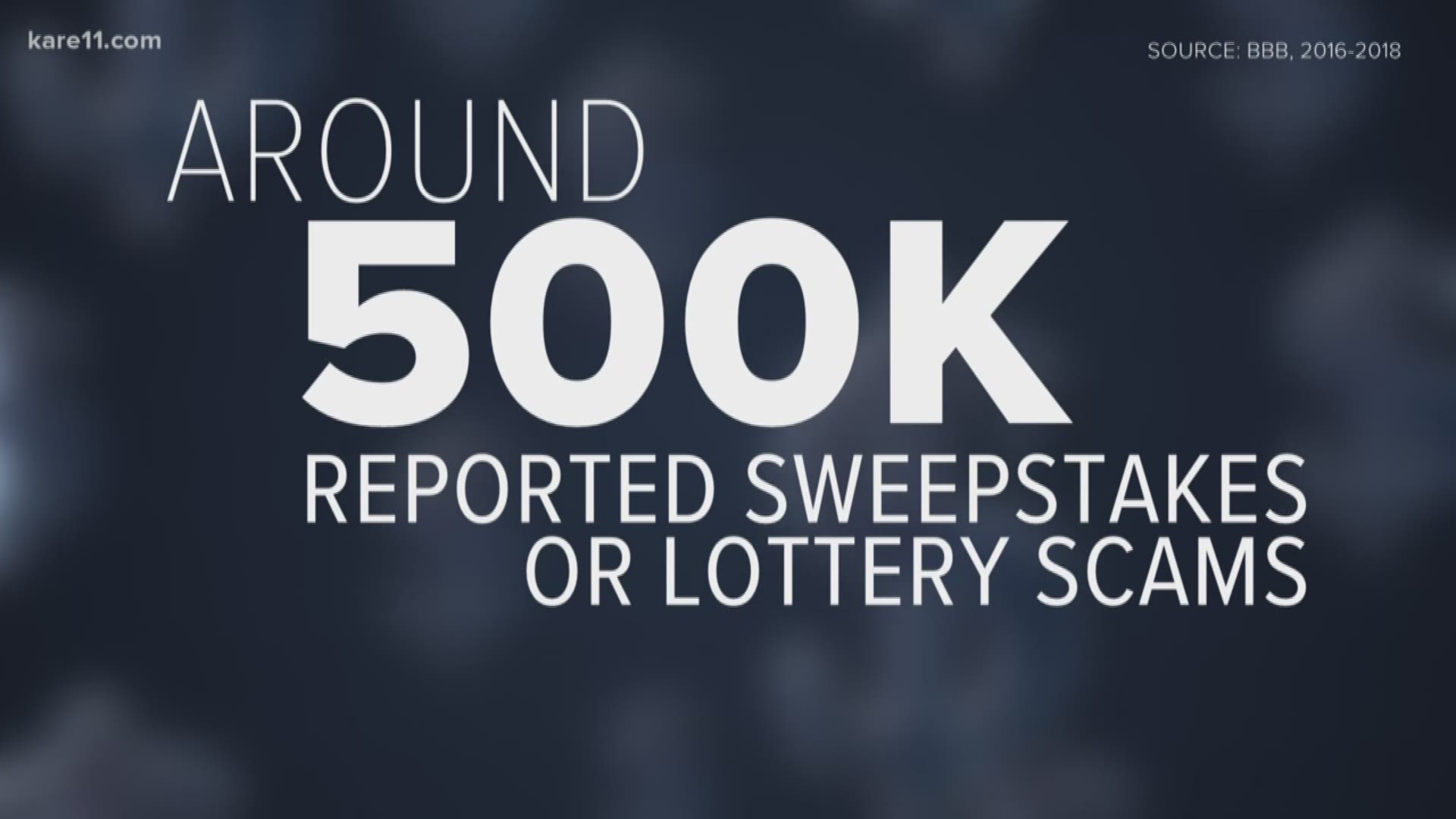 CHASKA, Minn. — Recently, during a "Coffee With a Cop" meeting at a local senior home, an elderly resident came running up to Chaska Police Officer Julie Janke with exciting news.

It made no sense.

"No, absolutely not," Janke said, "but it said, 'congrats. You're a winner.' She thought she'd won."

The letter, arriving in a blank envelope with no return address, carried an official New York Lottery logo and appeared legitimate at first glance. The envelope also included instructions: Before he or she could claim the lottery prize, the winner would need to wire money for processing fees. And, to pay for those fees, they would need to cash a check also included in the same envelope as a form of reimbursement. The check was from a furniture store in San Diego.

Had that elderly woman not come running toward Officer Janke at Coffee With a Cop, she very well might have wired the money and cash the check, which would have bounced. And she never would have gotten her $500,000.

Luckily, Officer Janke caught the scam before that happened.

"Thank goodness she asked me and waited," Janke said. "It was a big disappointment for her."

The stories don't always have a happy ending, though. Chaska Police see these types of scams all the time, and this week they issued a warning to families after the latest New York Lottery case.

Across the U.S. and Canada, about a half-million people reported lottery or sweepstakes scams from 2016 to 2018, according to the Better Business Bureau — with losses totaling $117 million in 2017 alone. And even those figures, a BBB report said, are probably on the conservative side.

Senior citizens are the most frequent targets.

"It's very frustrating," Janke said. "Because they are very vulnerable. And you do feel really bad, especially when they lose money."

Older relatives should always call a family member before making any sort of wire transfer. The crimes are difficult to trace and investigate because the suspects often live outside the U.S., but any scam should be reported to local police and even the Federal Trade Commission.