Officers are being trained on the BolaWrap, a less-than-lethal device designed to immobilize people in crisis 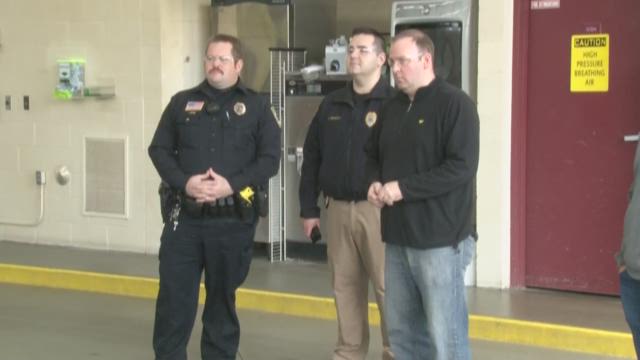 MINNEAPOLIS -- The Chaska Police Dept. will be the first law enforcement agency in Minnesota to use the BolaWrap, a device that allows officers to immobilize people in order to de-escalate a crisis situation.

The handheld device is roughly the same size as a taser but is loaded with tethers and hooks. When the BolaWrap is fired, those tethers are propelled across through the air and wrap around a person without injury.

"This is one of the biggest advancements I've seen available to the street officer in 42 years," Chaska Police Chief Scott Knight told KARE.

"This is something I wish I had when I was in a patrol car. I can think of a number of occasions where that could've been used to stop things right in their tracks."

The device has an effective range of 10-25 feet and uses cartridges that are powered by a 9 mm blank. As with most less-than-lethal weapons, it would normally be deployed against an unarmed person in situations in which officer had backup available.

"If an officer were to encounter an armed individual, someone with a gun, and the officer's alone, they would not use this weapon," Chief Knight explained.

On Friday, Wrap Technologies trainer Lee Leatherman worked with officers who will become the in-house trainers in Chaska. The group covered scenarios that included confrontations with citizens who are standing still, moving and running away from the officer.

The officers that allowed themselves to be lassoed with the device said they actually had to stop moving immediately to keep from falling down.

"Not only do you get startled by the bang, but once you're wrapped you're not going anywhere," Leatherman explained.

Chaska officers already carry or have access to pepper spray, batons, tasers and bean bag shotguns. But Knight believes the BolaWrap could be the first remedy they try in many situations with a potential for people to harm themselves or others.