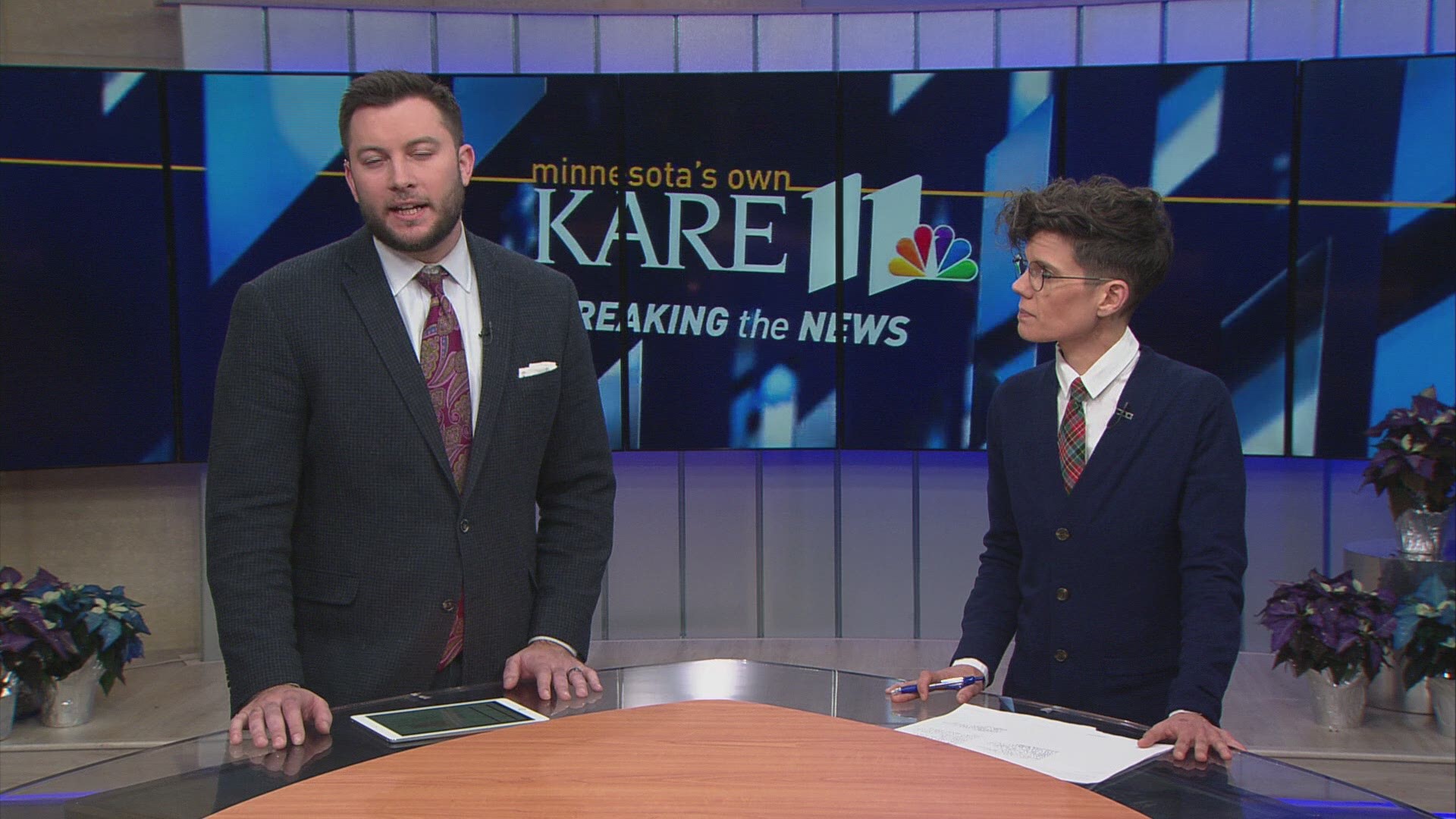 CHASKA, Minn. - The N-word, written twice in purple ink on a gym shirt, left a child suffering in silence.

Taylin Bursch, a student at Chaska Middle School East, said he found the shirt stuffed in his locker, which was left open.

Now, Chaska Police and the school district are investigating after the alleged racial attack.

“I have fought in silence and alone for over a year and I would like to speak out about the continued racial problems in this community,” she said. “I'm white, I don't know exactly how Taylin feels, I can't but I know it hurts. I know if it hurts me as much as it hurts I can only imagine how much it hurts him.”

The parents said they learned about the incident after receiving an email from the assistant principal.

“It was very vague, very cold and no apology or how they were going to handle it going forward other than we got him a new T-shirt.” she said. “That's why this time I decided to make the post.”

Engulfed in frustration, Ashleigh expressed concern on Facebook - seeking help from the public.

Her post now has 923 shares, nearly 600 comments and more than one thousand likes.

Once she posted on social media, the district sent the following letter home to parents:

We had an incident yesterday that students are talking about. I want to make sure you have as many facts as we can provide. What we can share is limited because school staff are restricted by state law from discussing publicly the details of an investigation that involves our student(s). Yesterday, it was reported to us that someone had written a racial slur on a student's personal wellness t-shirt. We began the investigation yesterday and today we are getting assistance from the Chaska Police Department.

I want to reinforce with you that racism and bigotry have no place at East. We do not tolerate any harassment of our students. When it is based on race, gender or other groups of people, we strongly condemn that behavior. Creating a safe and welcoming school climate is what we strive to do every day. While I cannot share details about our investigation, I can assure you our administrative team is deeply involved in this matter and we are treating it with the highest concern. We will continue to work every day to make sure that Chaska Middle School East is the best and safest place for ALL students.

Meanwhile, all five of their children attend Chaska Schools and A.J. coaches basketball. But this isn't the first time they say they've dealt with racism and bullying.

The couple said they have had multiple meetings with school officials over the last year concerning bullying and other students calling their son a monkey. At least two incidents, they say, were captured on security cameras in the school.

A spokesperson with the district couldn’t comment on the disciplinary action taken in those alleged incidents.

The parents say the district has turned a blind eye to racism in their community. They want district leaders and educators to address systemic racism.

“Nobody wants their community to be labeled as something like that … The city that looks at kids of color differently than kids that walk around with white skin. They're afraid that it will make their school or community look bad,” she said. “I don't think their staff is equipped at the school to handle it or know how in the right way. And I think they rather just keep pushing it under the rug.”

Both parents want their story to bring change. They say they will continue to push for change for their son and others. And they also want the district to find the student or group of students responsible. And so do many of the folks coming to their support on social media.

“It is unfortunate it takes social media to get an apology,” she said. “Us being upset wasn't enough … these are white more affluent people in the community that are now demanding them do something. If they would've taken steps last year, when we were constantly in the office, maybe we wouldn’t have gotten here.”

Other media outlets have reported that the parent was upset at the tone of an email from the assistant principal. An excerpt of that email was posted by the parent on Facebook. Just want to note for you that the assistant principal and this parent had a previously scheduled meeting for Tuesday (about a different topic) and he wanted to give the parent facts about the situation ahead of that meeting. That is the reason the message was so straightforward.

Also, the Instagram or Snapchat screenshot the parent included in her Facebook post was investigated by Chaska Middle School East administration. They determined it was made by a someone who does not attend Chaska Middle School East and they couldn’t determine where that person attends school. Again, the school has been highly responsive and has maintained communication with the family."