City tells family to clean up memorial bench after complaints 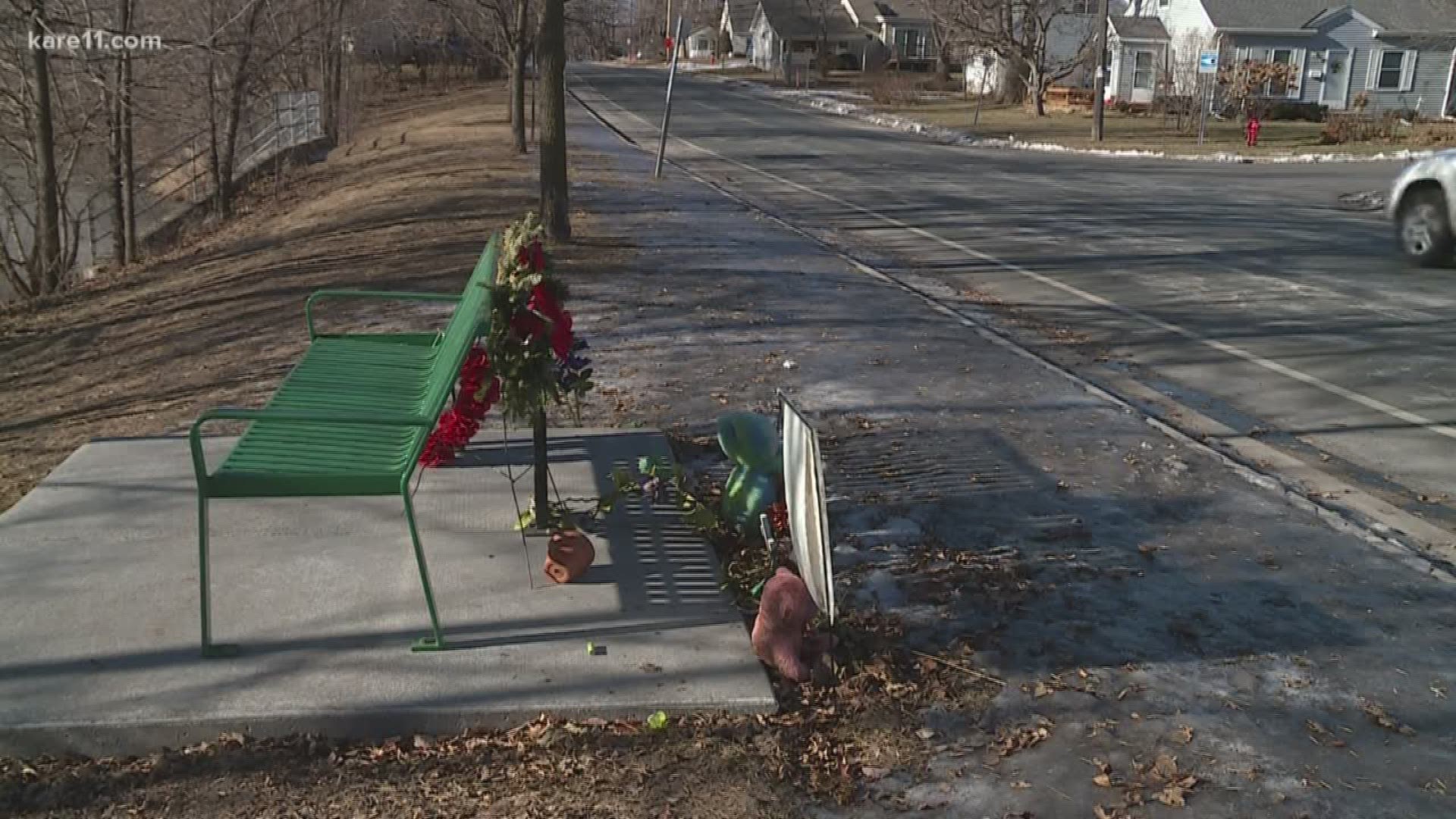 Cynthia Kuntz can't understand why, why now, more than a year and a half after her son’s death, someone has a problem with the way she’s honoring his memory.

"To say it looked like trash was very hurtful," Kuntz says. “It just reminds people of what a great person he was.”

Twenty-four-year-old Jonathan O’Shaugnessy was murdered on July 3, 2017, while he was walking home from a holiday gathering near his home.

His murder still hasn’t been solved.

“It’s so hard not having any answers,” Kuntz says.

Months after his death the city of Richfield helped the family build a bench to honor his memory.

The bench currently sits near the corner of 64th Street and 4th Avenue, just a few feet from where O’Shaughnessy was killed.

Up until recently the city was fine with it, until the complaints came in.

City leaders say nearly a half dozen complaints have been sent to the city in recent months.

“I was like why, you’re kidding me right? Why now?” Kuntz asks.

The complaints weren’t about the bench itself, but the growing stack of tributes, flowers and stuffed animals that surround it. The complaints call the items eyesores and distractions that get in the way of city residents who walk by it.

The city gave Kuntz until Jan. 7 to clean it all up.

“I was out there with an axe on the deadline, chopping at the frozen ground, getting the stuff out that I could,” Kuntz says.

The rest she can't get out can stay until spring thanks to a compromise she's made with the city's new mayor and city manager, who weren't involved in the original decision to remove it.

The two city leaders are still adjusting to their new roles, both have only been around a matter of days.

Both leaders say they’re fine with the memorial, and all the tributes, as long as they stay on the bench and concrete slab underneath it.

The city is also working on a new policy for memorials in general so that families have guidance when it comes to all current and future memorials.

“There aren’t any policies in place,” Kuntz says. “There’s no guidance on what’s OK and what’s not.”

It's not just communities like Richfield struggling with this issue of roadside memorials.

The State Patrol recently cracked down on them after several accidents on busy highways.

The agency is still trying to find the right balance between safety and respect for victims' families.