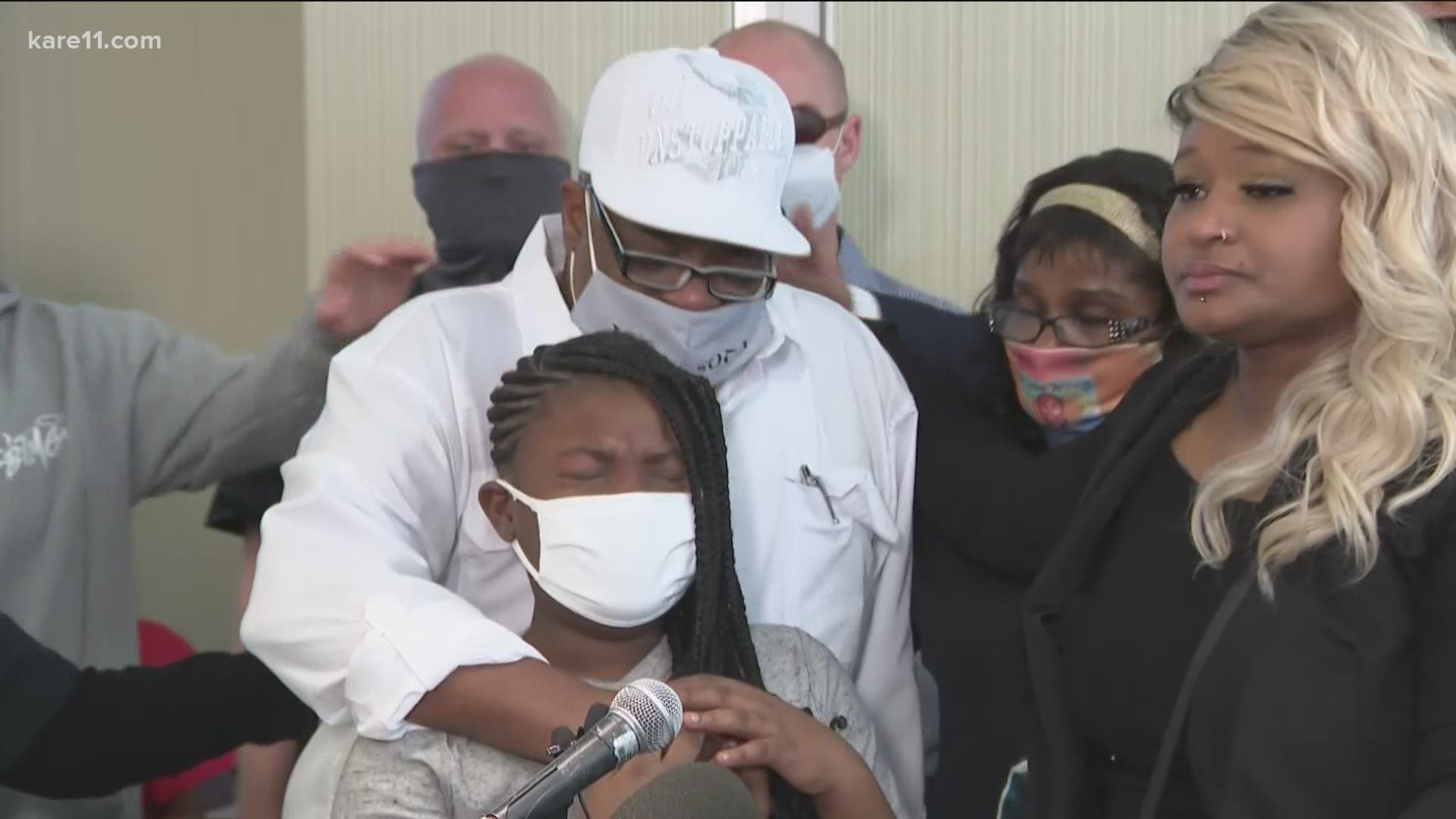 One by one, loved ones of those killed at the hands of police, stand up in solidarity. "Our stories will be the thunder and lighting and winds of justice," says Paul Johnson, a friend of Travis Jordan, killed by Minneapolis police back in 2018. "Not only with our families here, but with George Floyd’s family to seek justice for all of us," said Tiffany Roberson, the sister of Jamar Clark.

Just days before former Minneapolis police officer Derek Chauvin’s trial is set to begin. "We’re here to stand in unity as a visual statement to the state of Minnesota, we not going to sit down, we're going to stand in unity," says Valerie Castile, the mother of Philando Castile. "We are tired, we are tired of pleading with the legislators to make changes that are needed," says Toshira Garroway.

While Chauvin’s trial is set to begin Monday with thousands of police officers and the National Guard expected in the Twin Cities, community activists and families say they’ll continue fighting for justice for their loved ones and George Floyd.

“We are going to fight until we can’t fight anymore," says one mother. "The past is not past until justice prevails," says Deborah Watts, a cousin of Emmett Till.

Community activists and families will hold an event Saturday afternoon for a National Day of Protest outside the Governor's Mansion.