With no military funeral possible, veterans found others ways to honor one of their own 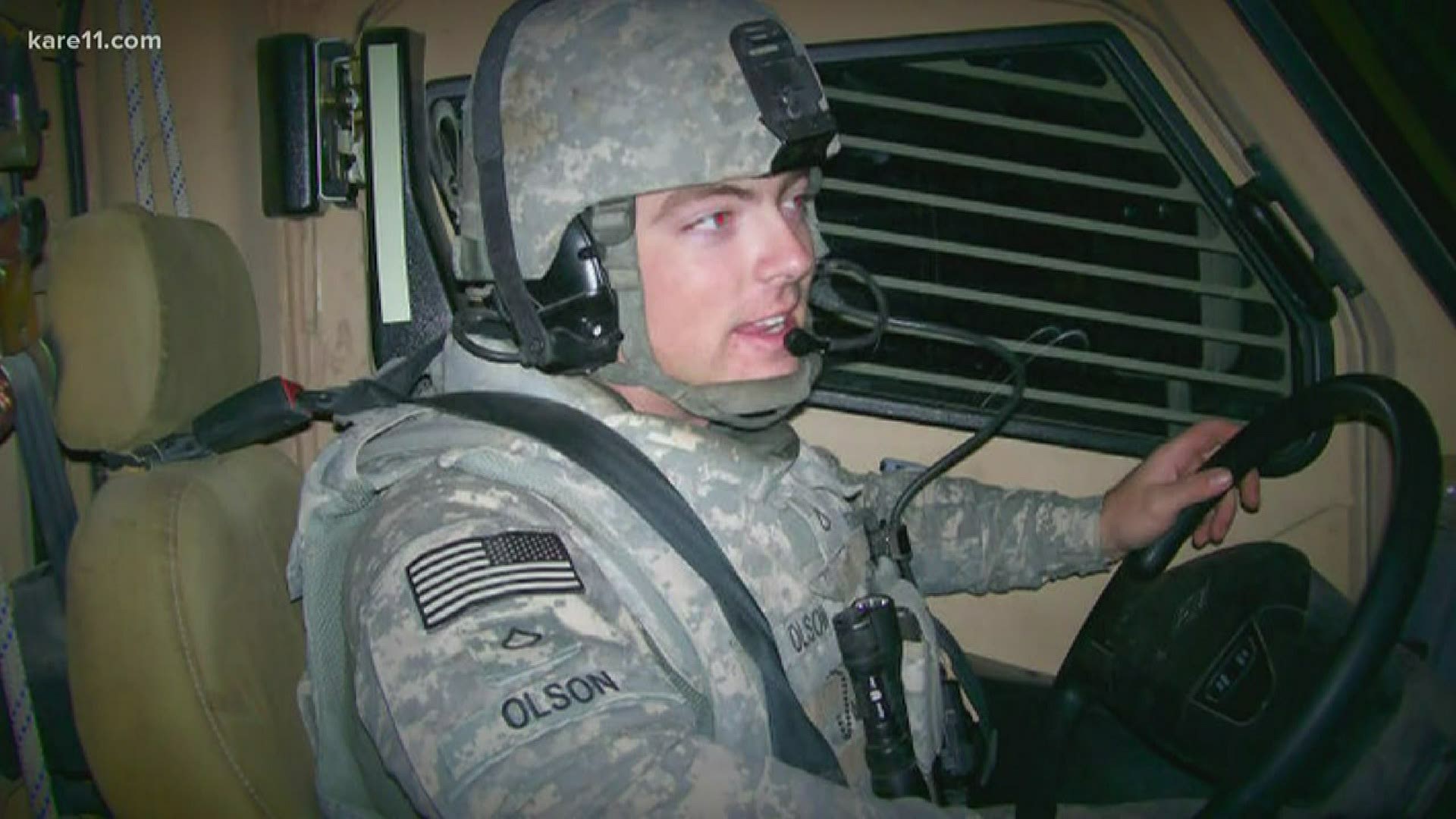 No hugs, no graveside service, no 21-gun salute.

“Mitchell's my younger brother,” Casey Olson says, standing near the flag her family flies next to the porch. “This is where we grew up, my parents have been here since 1979.”

Since March 30th, the house has never felt quieter.

“We really did not see this coming,” Casey says. “Given his struggles, we knew this was a possibility, but we really didn’t think it was to that point.”

The United States was deep into the 2007 troop surge, when Mitch felt the call to serve. In 2008, he joined the Minnesota National Guard, and a year later was deployed to Iraq as a gunner on an MRAP, a Mine-Resistant Ambush Protected vehicle.

“I think he loved the camaraderie and the sense of purpose,” Casey says.

But the things he loved, were the same things Mitch missed when his service was done.

“In the military, you just have a sense of you are signing up to die for the people to your left and right, and then you go back to civilian life and, you know, people are bickering about sometimes superfluous things, and that can be frustrating to veterans,” Casey says.

Mitch’s marriage to his wife Megan and the birth of their son Hunter brought Mitch joy.

Casey says Veterans Administration counseling also helped her brother, but the epidemic of veteran suicides is a mystery we, as a country, are still solving.

“Had he been thinking clearly, I know this is not the decision he would have made,” Casey says. “There was some level of pain there that couldn't be eliminated.”

Against that backdrop – the pain, the quiet and a family deprived of a proper military service – on Saturday, motorcycle riders with the American Legion, Combat Veterans Association and the Veterans of Foreign Wars rode in.

“Every veteran should have an honor guard,” Paul Hassing of the American Legion Riders said.

“I want them to know that they're loved. Even though we've never met, they're a part of my family too,” Jon Durst of the VFW Riders added.

So, led by fire trucks, the bikers rode past the parents of Mitch Olson.

Then, 30 miles away in Coon Rapids, the bikers also rode past Mitch's wife and home.

Surrounded by a handful of friends and family, Megan blew a kiss and wiped away tears as the bikers passed.

But a wife and a family so weighted with grief, needed every ounce of support now.

“God bless every single one of them,” Mitch’s mom said after the motorcycles had passed. “Stay healthy and hug your kids."

She knows had the tables been turned her son would have saddled up too.

On otherwise quiet streets, love is showing the way in dark days.

NOTE: If you or a loved one are a veteran in need of support, here are some resources:

Support for the Olson Family:

Meal Train for the Olson family as they try to mourn Mitch during COVID-19: Any donations will go towards a scholarship in Mitch's name.

RELATED: At funerals in virus outbreak, mourning is from a distance