Jean Ketcham is on a mission to help, and she's taking a huge social media following along with her. 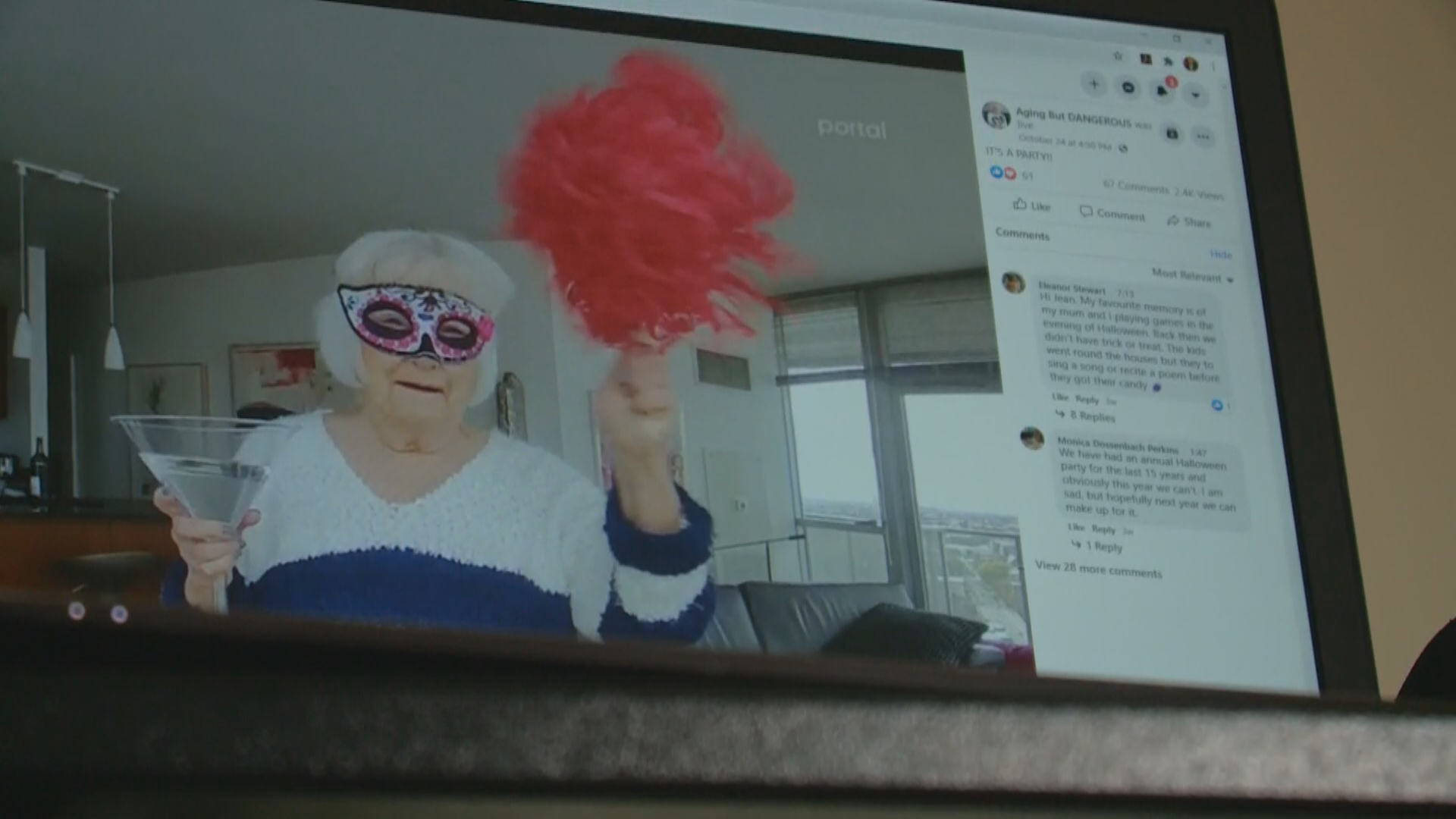 MINNEAPOLIS — At 80 years young, Jean Ketcham strikes a model’s pose: a soft black coat draped over her shoulders, large silver and black earrings matching her geometric sweater, and her white hair cut into a perfect bob.

You could call her an ambassador of aging. And indeed, she’s a woman finding the silver lining in her golden years.

“I just want to share with women … just don’t get hung up on this whole age thing. And don’t put yourself in a box,” she said, adding a beat later: “If you put me in a box, there better be a door on it. Because I’m getting out of there.”

And there’s no question, Ketcham has broken out of the box to help other women.

In 2008, Ketcham and a close friend realized their other friends were falling into a trap of time. Ketcham considers it a kind of “Grace and Frankie” moment, referring to the Netflix comedy featuring two characters played by Jane Fonda and Lily Tomlin.

Armed with that observation – and a desire to help others – Ketcham started Aging But Dangerous. According to its website, the company is an: “Internationally-acclaimed movement of women 50-plus, living life to the fullest, redefining aging, having fun and looking good.”

RELATED: MATTER offers chance to give back this holiday season from the comfort of your own home

That mission came naturally for Ketcham, who also draws on her life roles and experiences. She’s been married for 58 years, is a mother, grandmother and former business owner. She’s also survived cancer, a tumor and miscarriages. But despite – or maybe because of – dealing with those challenges, Ketcham approaches age-related issues with a combination of humor and wisdom.

“You just deal with it, and you have fun with it,” she said, adding, “I’ve just always had a great attitude about life.”

In the last 12 years, Aging But Dangerous has offered women the opportunity to join adventures: colonoscopy parties, fashion shows featuring a senior (but still savvy) style and skydiving outings.

“These women had always wanted to do it. Nobody had ever skydived before,” Ketcham said about their first skydiving event during which 107 women jumped out of a plane.

But the company’s focus remains Ketcham’s unique perspective on aging, which she shares on the Aging But Dangerous Facebook page and website. Indeed, twice a week you can catch Ketcham for a Monday “Coffee with Jean” or Friday “Cocktails with Jean,” both of which come with a twist of humble humor and witty wisdom.

“Some days we just have to make our own sunshine,” Ketcham said on a recent Friday after setting down her martini.

The accessories may vary with the day or topic. But within that variety, Ketcham consistently shows up with style and encouragement. And it’s that ability to connect that has earned Aging But Dangerous a significant international fan base: more than 125,000 people from 50 countries follow the company on Facebook. Ketcham notes their following developed without a deliberate social media strategy.

Substance with that Flash

Adventures, martinis and wrinkle jokes aside, Ketcham has also welcomed the opportunity to lead the conversation about important topics that matter to mature women.

“Hitting the sheets after 50. And that was all on sex. These doctors put it on,” Ketcham recalls about one of their group discussions.

They’ve also tackled other health topics, including urinary incontinence, menopause and the need for cancer screening.

“As you get older, you need to share these things that are coming up that you can talk about so that you don’t feel like you’re the only one that’s experiencing it,” Ketcham said, adding, “Women want to connect. Women really want to connect.”

Connecting with Jean and Aging But Dangerous

And women especially want to connect now, Ketcham said, during a pandemic when so many seniors are separated from families and living in isolation.

So the woman who will be 81 next month, digs into her deep well of stories, finds a fitting accessory and applies her red lipstick. She never forgets the red lipstick.

“I’ve never been able to wear pink lipstick, it doesn’t go with my skin,” Ketcham said about advice she once received to leave the red lipstick to younger women.

And to learn more about the Aging But Dangerous movement – including how you can receive their newsletter, visit their website.