Philando Castile, who worked for the Saint Paul School District for more than 11 years, was shot and killed by a police officer during a traffic stop in 2016. 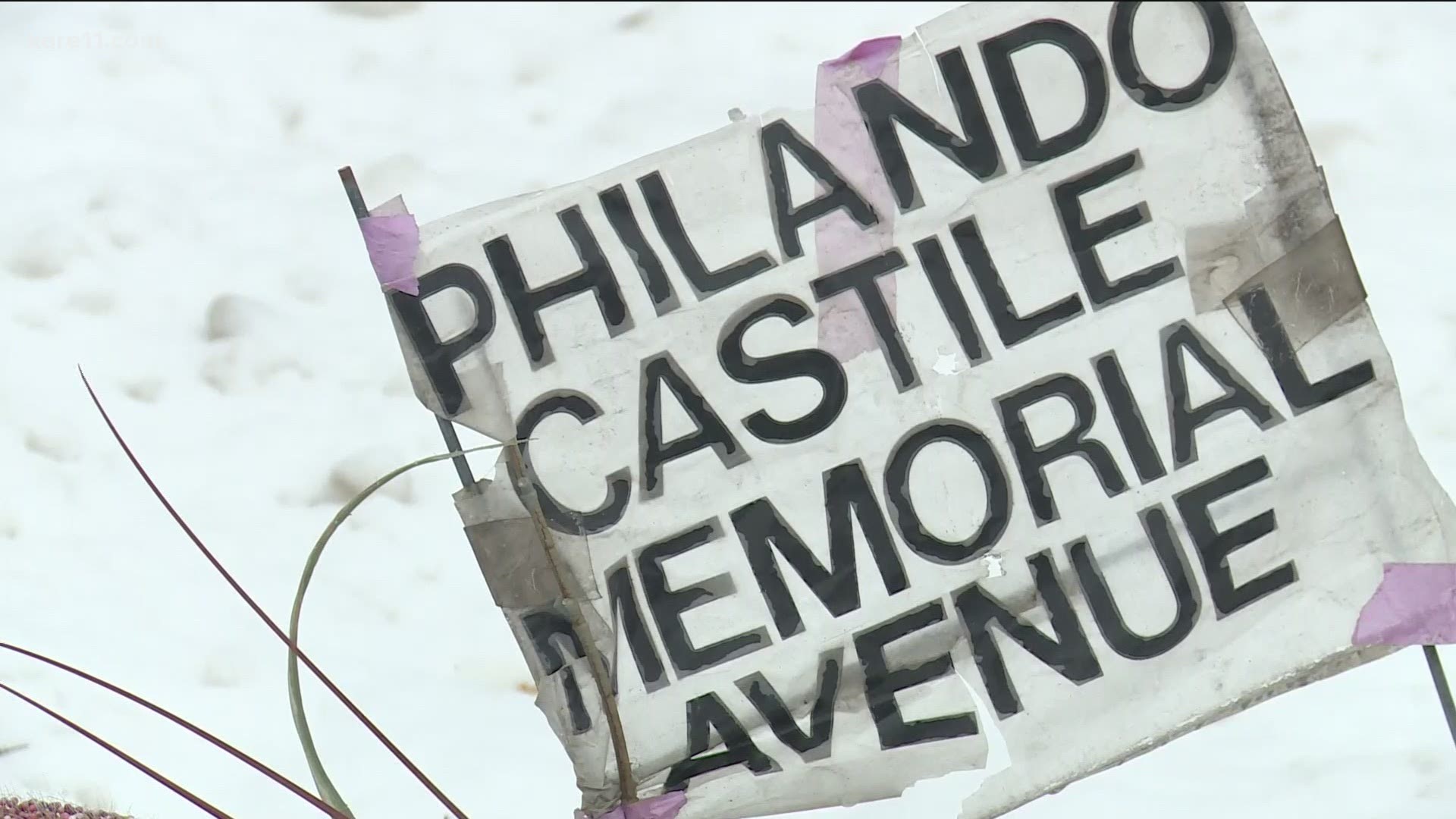 FALCON HEIGHTS, Minn. — A memorial at the intersection of Larpenteur Avenue and Fry Street in Falcon Height stands in honor of Philando Castile.

It’s a place where community members visit to pay respect and mourn, and now the City of Falcon Heights is calling on the community for input to do an honorary renaming a stretch of Larpenteur Ave. – from Fulham St. to Fry St. – to “Philando Castile Memorial Avenue.”

Something Valerie Castile says has been a long time coming.

“It’s not problematic, because no one has to do anything. Google doesn’t have to change its map, residents don’t’ have to change the street name,” she says. “It’s just something that they do to acknowledge and show appreciation for the work that people do.”

Philando Castile, who worked for the Saint Paul School District for more than 11 years prior to his death, was shot and killed by a police officer during a traffic stop back in 2016.

RELATED: Valerie Castile reacts to the Breonna Taylor decision: 'It just takes me back to a really bad place'

“A horrible thing happened there and you can not cover it up, and he was such a nice guy and it’s just showing appreciation,” she says.

A Change.org petition was presented to Falcon Heights council members back in December. It now has more than 20,000 signatures.

Although the road is owned by the county, the City of Falcon Heights was given permission to do an honorary renaming of the street.

So far, with 1,000 responses from the community, Valerie is hoping to refurbish the memorial garden, with a new addition this Spring.

“To break ground and the street change simultaneously, how awesome would that be,” she says.

The City of Falcon Heights says the survey will end the last weekend of January. Council members will present those results during a February council workshop.

If you would like to learn more about the Philando Castile Peace Garden, visit the website here.