“You just can’t imagine the community up there, the children… The children love Arik. He’s touched them through DARE. You all know. It’s wonderful.” 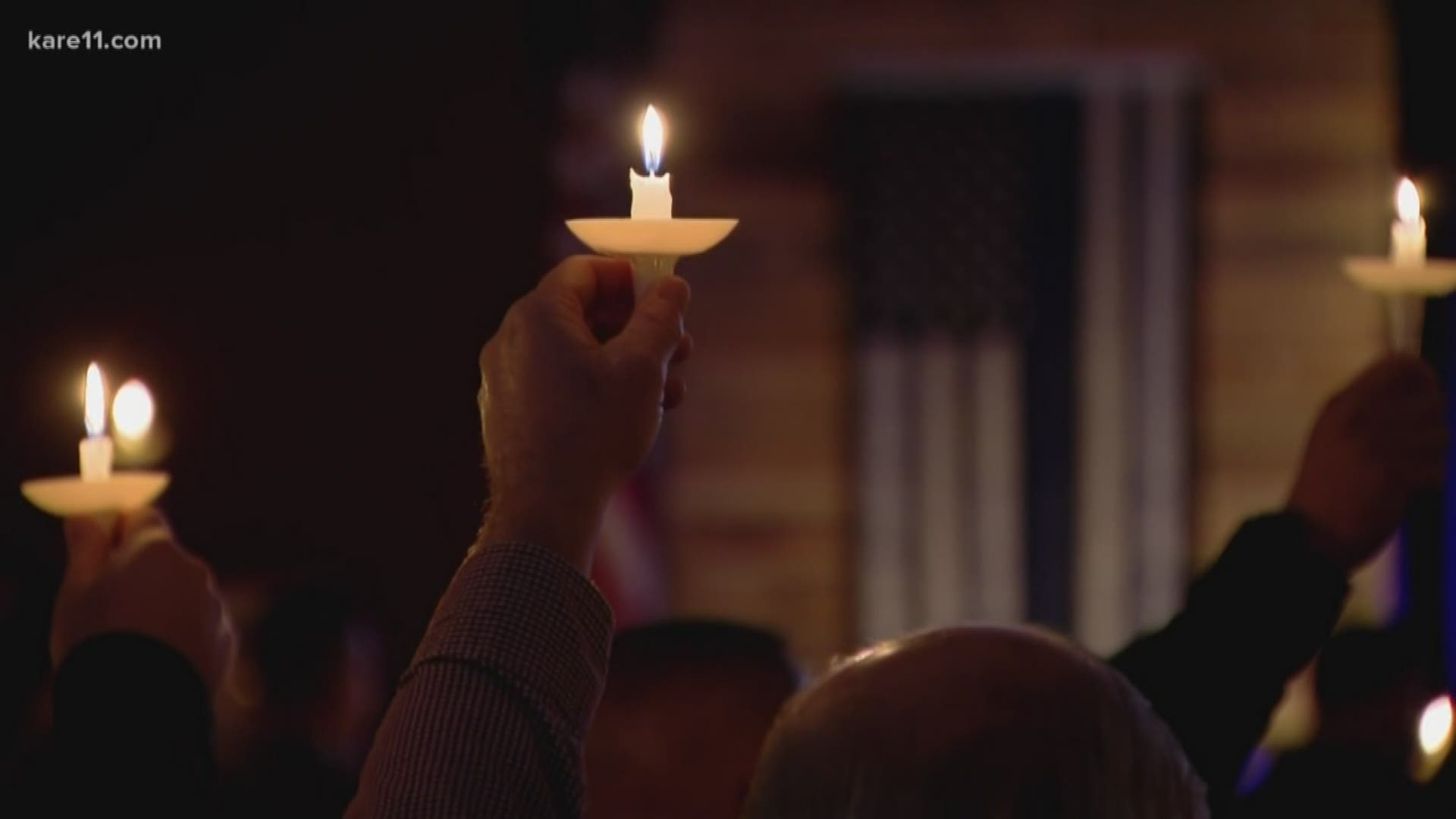 Then she saw a whole church full of candles and supportive faces, offering her family comfort during an indescribable time of crisis. The feeling was overwhelming.

She knew she wanted to say something.

“My main thing is, thank all of you,” Matson said. “Everything you’ve done does not go unnoticed. I promise you.”

Seventy-two hours earlier, a suspect shot her husband – Waseca Police Officer Arik Matson – in the head after he responded to a 911 call. That suspect, 37-year-old Tyler Janovsky, has been charged with first-degree attempted murder of a police officer. Since then, practically all of Southern Minnesota has rushed to the Matson family’s side, in the form of donations, fundraisers, vigils and now a Thursday evening prayer service in the officer’s hometown of Albert Lea.

Sitting in the front row for the hour-long event, Megan Matson rose to the stage at the very end to offer a few words of gratitude to the audience. She specifically thanked the small businesses raising money for her family, the police officers protecting her home and the hospital at night, and her friends and family who’ve stayed by her side at the hospital. A GoFundMe for the family has now raised more than $100,000.

“Just, thank you so much,” she said. “And please keep Arik in your prayers. He’s getting strong every day. God bless you all.”

Pastor Kaleb Hurley, who led the event and provided an update to the media on behalf of the Matson family, said that the officer remains in “stable but critical” condition at North Memorial. The pastor reported that Matson has full movement on his right side and some movement in his toes on his left side, describing the gunshot as a hit to the temple.

“Arik can see. He was not shot in the face,” Hurley said. “Currently, he’s progressing at a rate doctors weren’t expecting.”

About an hour before the prayer service in Albert Lea began, the community in Waseca held a separate candlelight vigil for Officer Matson. He works as a DARE officer in the Waseca schools and has worked for their police department since 2013.

“Love is what’s being expressed for Arik,” he told the audience. “You just can’t imagine the community up there, the children… The children love Arik. He’s touched them through DARE. You all know. It’s wonderful.”