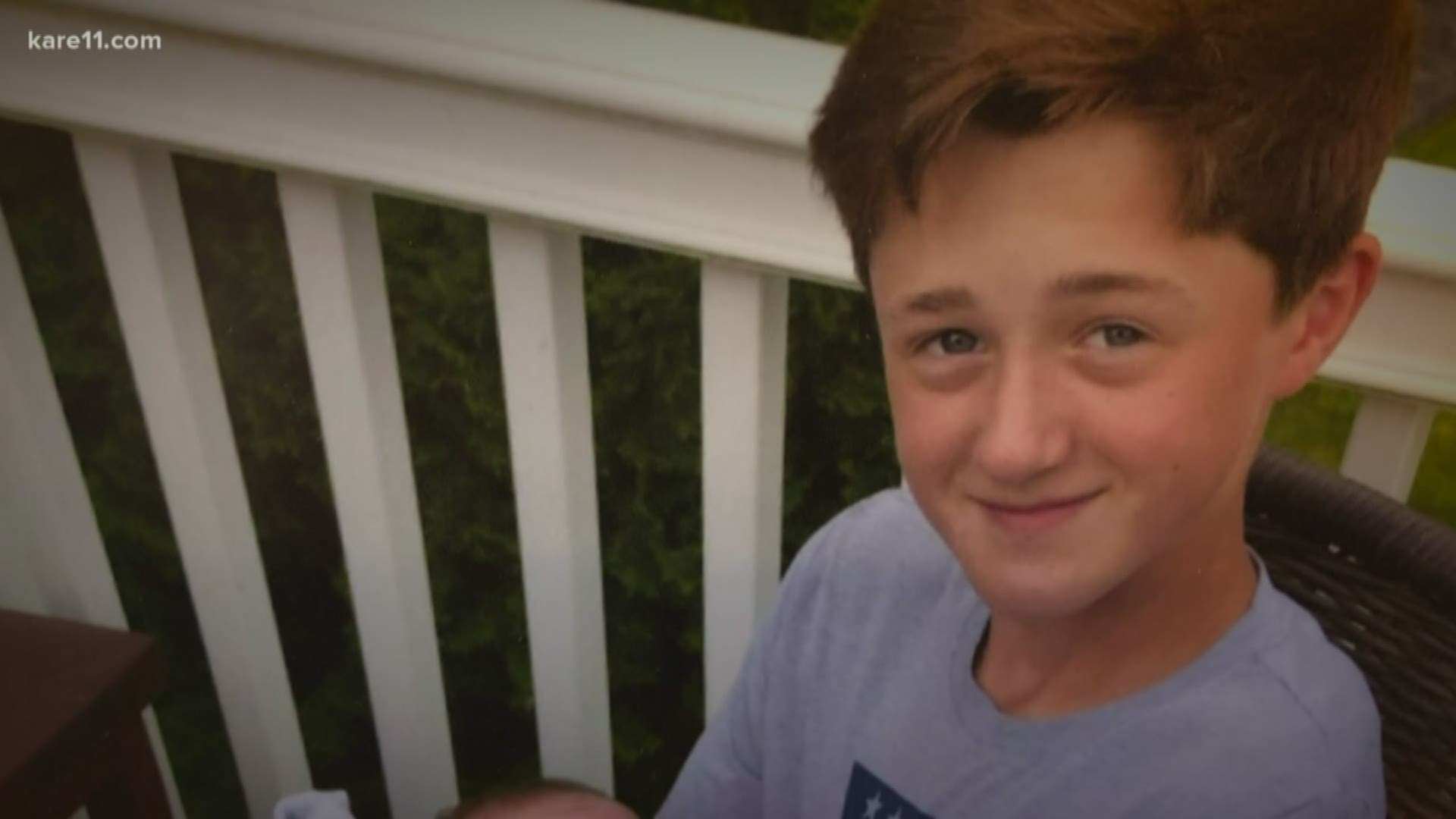 EAGAN, Minn. — Four months ago, Jennifer McGovern saw the fragility of life in her own community.

Her son attended Dakota Hills Middle School with 13-year-old Patric Vitek, the budding hockey player who died in early November when a car hit his bike in the center lane of Diffley Road in Eagan. His death reignited safety conversations in the District 196 school corridor, quickly leading to a 30 mph speed limit at the start and end of school days, flashing school zone lights, dynamic speed signs, extra police enforcement, and the hiring of crossing guards.

That last initiative — new crossing guards — caught McGovern's attention when a school official suggested she apply for the job.

"And I got it. Now, I'm the first crossing guard in District 196 in 15-plus years," McGovern said. "And I've gone above and beyond to prepare for my job. That's important to me."

Within her first month on the job, McGovern experienced first-hand the importance of safety improvements. Last week, a slow-moving car collided with McGovern as she tried to escort students through the crosswalk; although she did not fall over, she said she suffered whiplash and muscle spasms. A district spokesperson said they're aware of the incident, and Eagan Police took a hit-and-run report.

"I was in shock," McGovern said, "so much shock that I didn't know what to do."

The incident happened at the entrance to the middle school, just a block away from Diffley and part of the same school area that will become the focus of another meeting Thursday night. Dakota County, which owns Diffley Road, will hold a public information meeting alongside the City of Eagan and School District 196. After gathering input in late 2019, some potential long-term options will be discussed, including drop-off area improvements to ease congestion, reduction of lanes on Diffley, and better pedestrian crossings — including even an underpass option.

However, the improvements may take months to implement.