The 29 firefighters will leave Tuesday to help protect structures from wildfires. 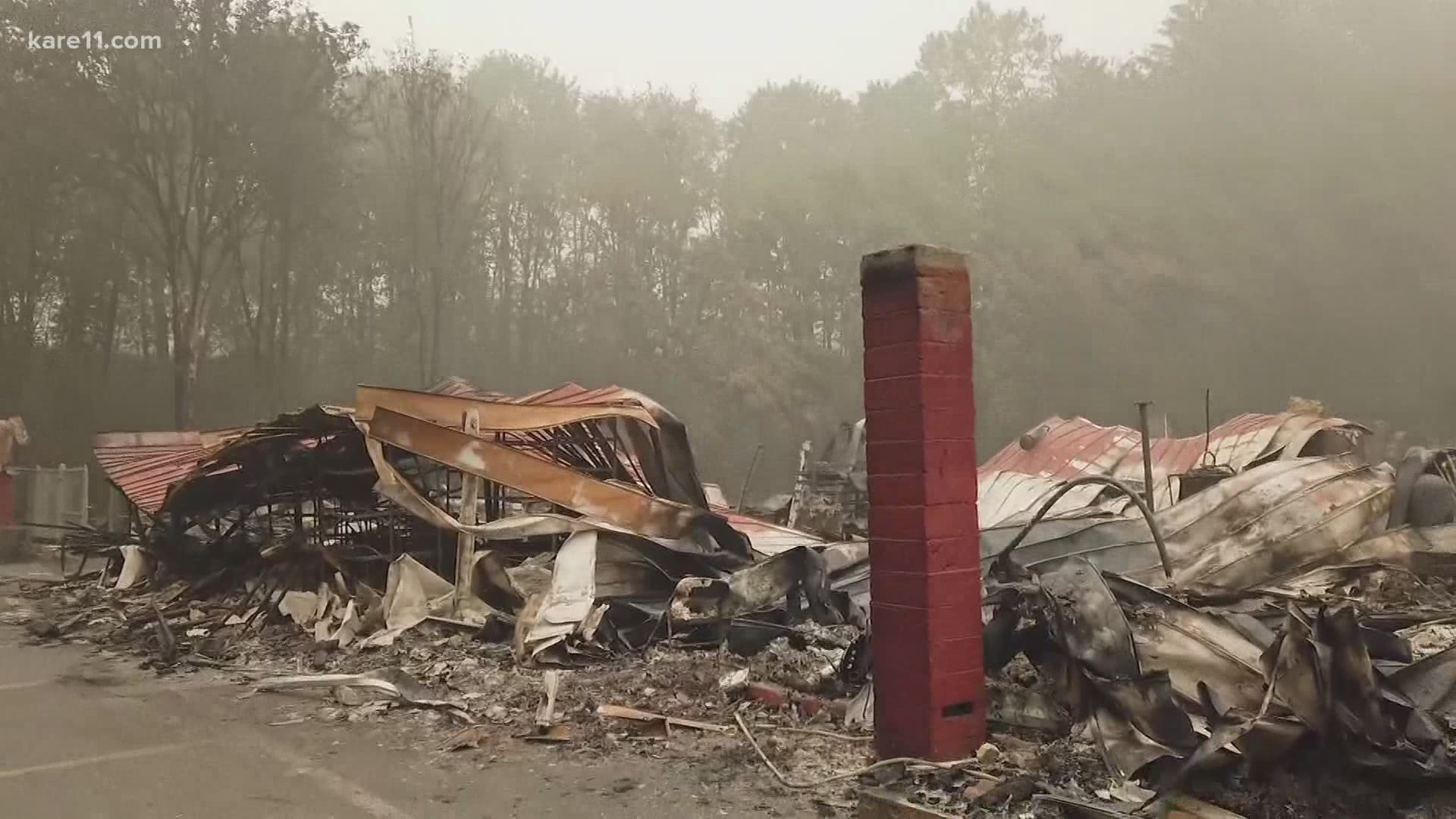 EDEN PRAIRIE, Minn. — The wildfire fight in Oregon is getting some Midwestern help. Seven Minnesota fire departments are sending firefighters and equipment to try to save houses and other structures from going up in flames.

“Here in Minnesota we go on mutual aid all the time. It's just departments helping departments and that's really what we do,” Ward Parker, an assistant chief with the Eden Prairie Fire Department said.

Parker is among five firefighters from his department who will leave Tuesday morning with a fire engine and a support vehicle for the 1,700 mile trip to Salem, Oregon.

The Eden Prairie firefighters were told to prepare for a 20-day stay.

In Fergus Falls, they will rendezvous with two dozen other firefighters across the state. Brainerd, Fisher, Bemidji, Motley, Cross Lake, and Spring Lake Park, Blaine, Mounds View crews are also being deployed to Oregon through the Emergency Management Assistance Compact.

“The Minnesota fire service is known for stepping up in critical situations, putting their lives on the line to save others. I am proud of the way they’ve answered this call to serve,” Minnesota Governor Tim Walz said in a statement.

The Western fire fight is not new to Minnesotans.

“We've been sending folks for a little over 10 weeks now,” William Glesener, wildfire operations supervisor for the Minnesota DNR, said.

Glesener said 68 Minnesota wildland firefighters are currently deployed in Oregon, California and Washington, along with 24 vehicles and two contracted aircraft.

“There's a sense of duty, a sense of integrity and to help people that need help,” Glesener said.