Eric Perkins led the battle of the KARE 11 anchors to collect the most food for Second Harvest Heartland. 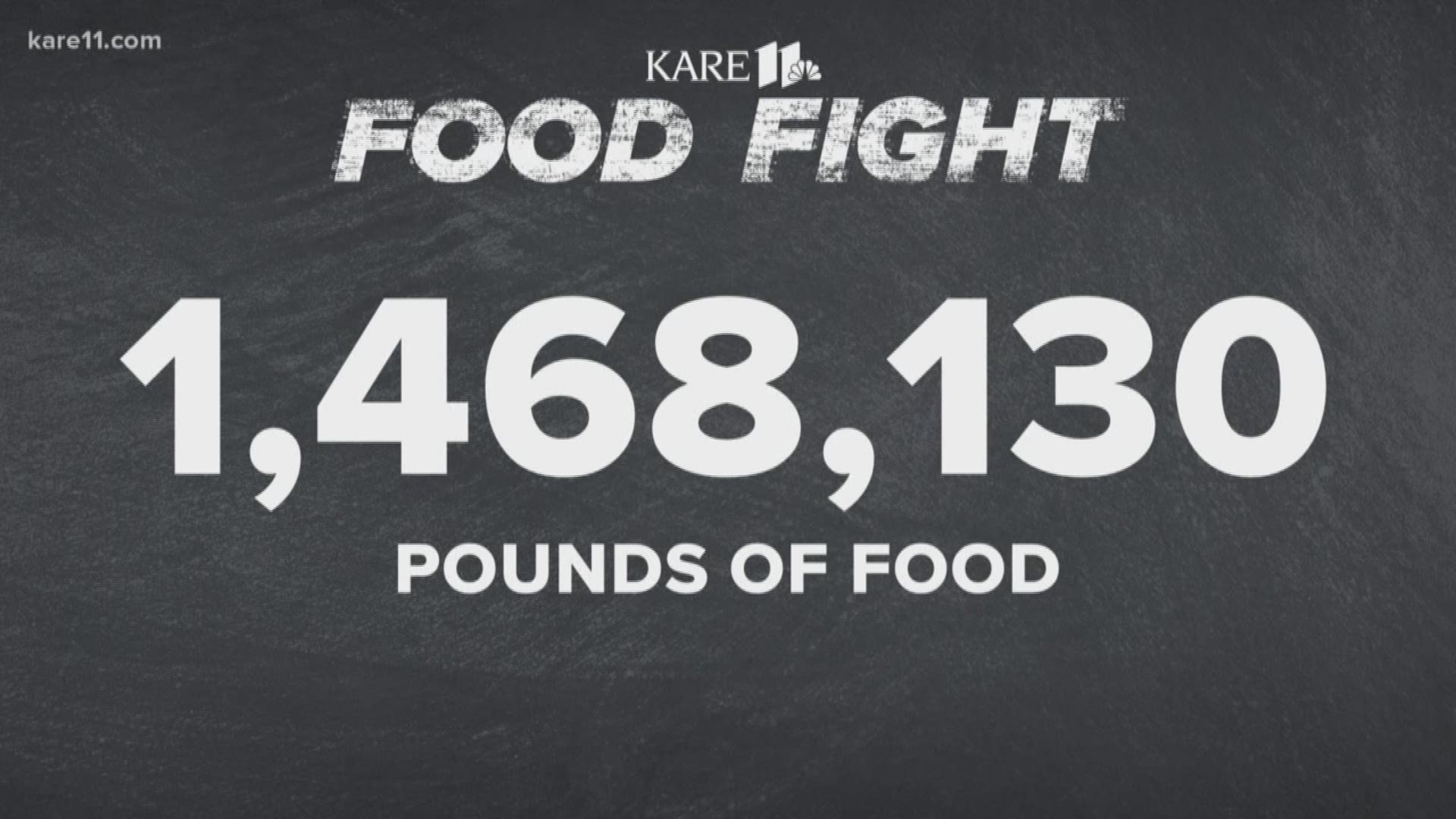 GOLDEN VALLEY, Minn. — The return of the KARE 11 Food Fight proved to be a huge success, thanks to the generosity of people across Minnesota and western Wisconsin.

As of 10 p.m. on Tuesday, the Food Fight collected an estimated 1,468,130 pounds of food for Second Harvest Heartland. That number is expected to go up even higher, with additional donations expected to arrive at the Second Harvest facility on Wednesday and Friday.

The final total included thousands of dollars in online financial donations through GiveMN. Every $1 is equal to 4 pounds of food.

The competition pitted #TeamRandy (Randy Shaver and Gia Vang), #TeamJulie (Julie Nelson and Sven Sundgaard), #TeamBel (Belinda Jensen and Kris Laudien), and #TeamPerk (Eric Perkins and Alicia Lewis) against each other to collect the most food and cash donations at stores across the Twin Cities metro area.

The final totals showed KARE 11 sports director Eric Perkins as the winner, after collecting a whopping 609,000 pounds of food. 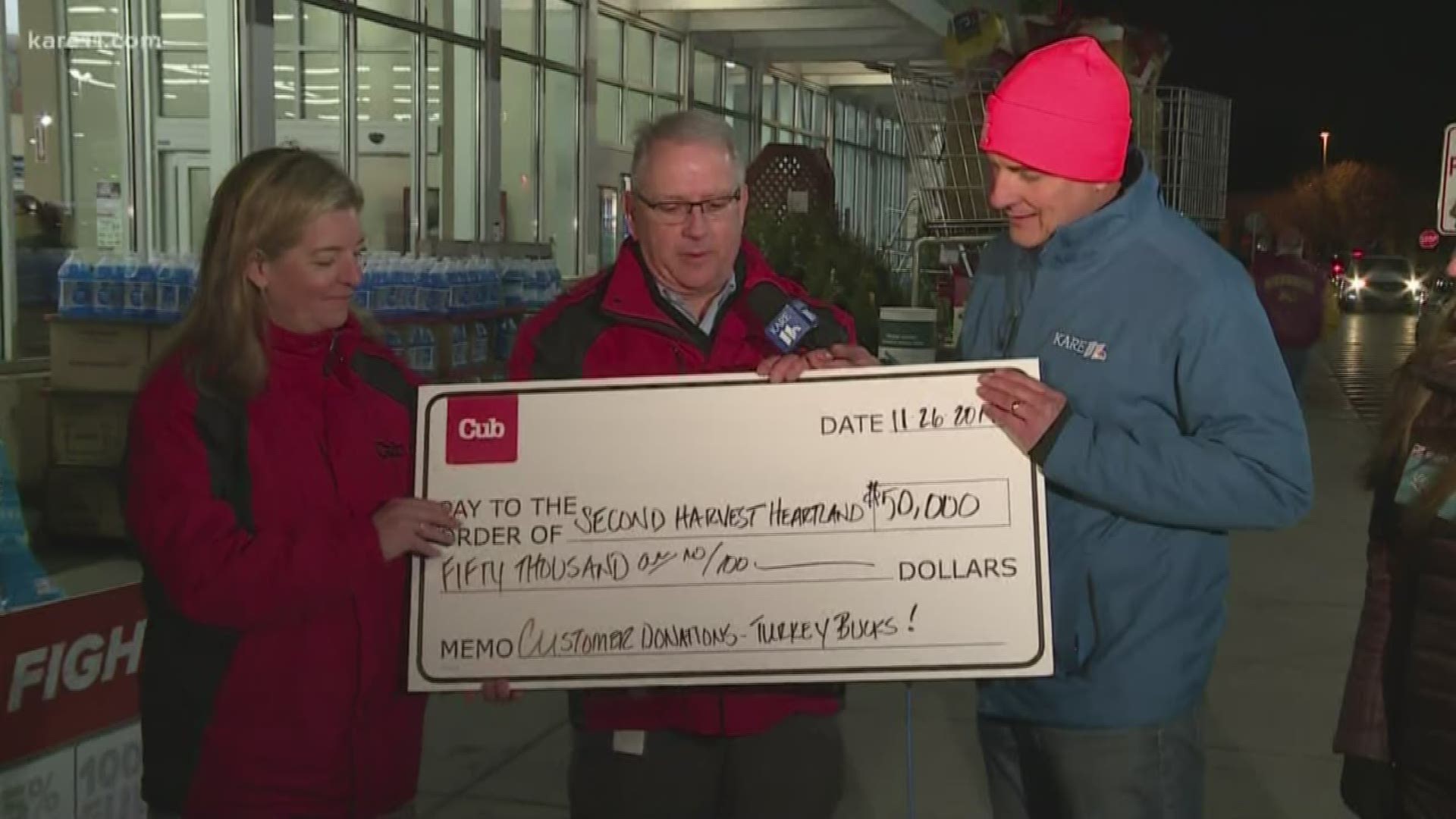 #TeamPerk was helped along by a giant $50,000 donation courtesy of Cub Foods, which also hosted Eric Perkins' team at its Oakdale location.

Watch highlights from the KARE 11 Food Fight, and a special thank you to our donors below, or click here.