Employee receives car from her boss; she had no idea!

Last year, business owners had to rely on their employees to keep the show going. Now, to show his appreciation, one local business owner gave his employee a car. 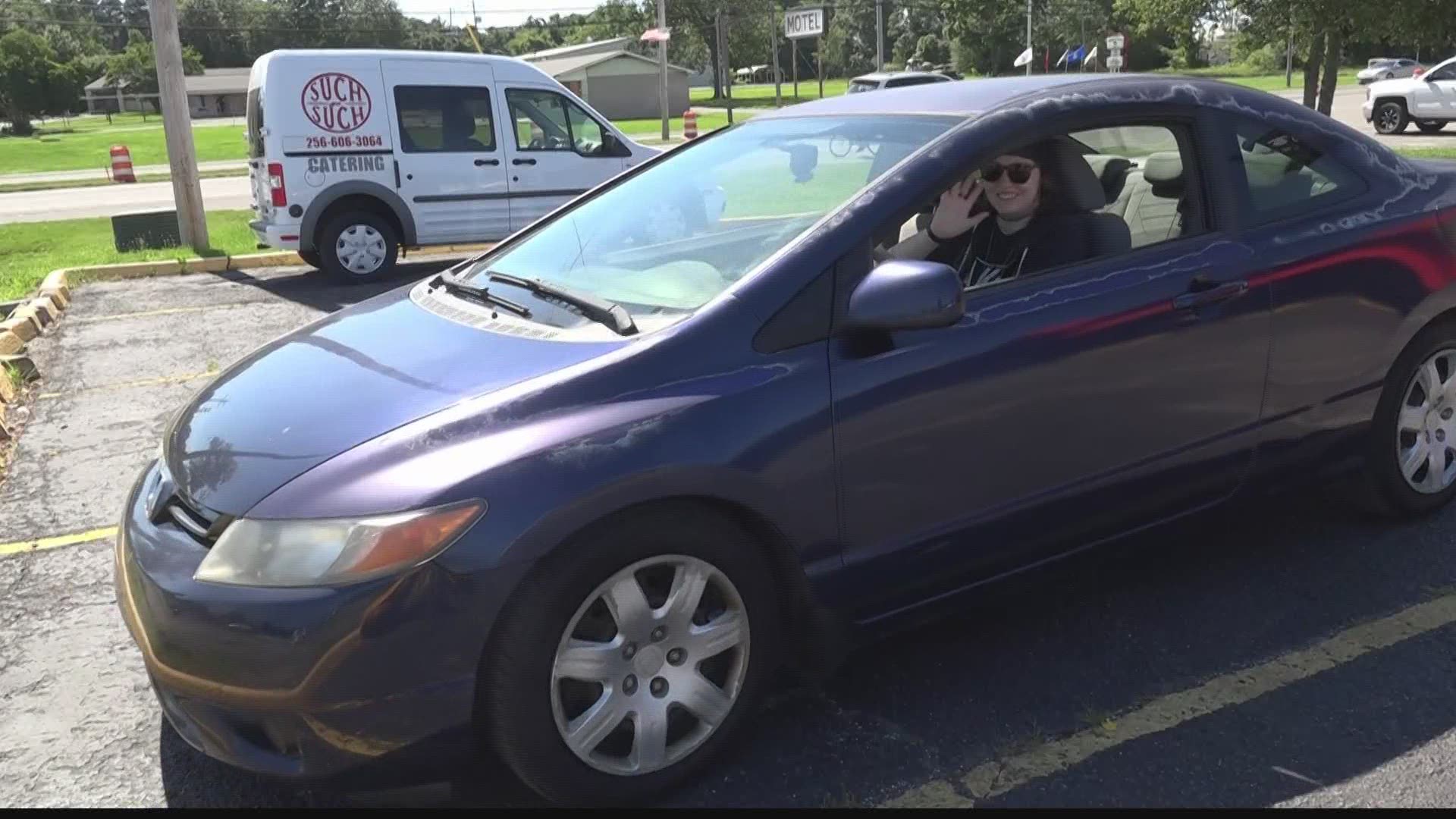 DECATUR, Ala. — "From the moment I started working here, I knew something was different about it, because just the atmosphere here is different than where I've worked before, and it's like some places you know they say, 'oh we're family here' but then you walk in this place and you actually see that this place is family," said Addy Miller an employee at SUCH-n-SUCH.

"I don't have kids of my own, so, I, all I have is the mentorship of these kids here," said Jason Such, owner of SUCH-n-SUCH.

"I didn't know how to take in at first, it was weird, kind of like a foreign feeling to walk into a workplace and like you know, have that comfort of feeling with family," said Miller.

'We take care of our employees, so they can take care of the customers,' that's the business motto of SUCH-n-SUCH Burgers & Tacos, and just like many local businesses, getting through the pandemic called for hard times.

Business owners had to rely on employees to work the frontlines and keep business going.

Such gifted one of his employees, 18-year-old Miller, a car of her own.

RELATED: Cancer patient gets the ride of his life...in a Lamborghini

"It was my daughter, like it was a little girl that I'm surprising, at the age of 16 with a *takes a moment* with a car, you know, a life lesson," said Such.

There had been talk of a car between the two, and Miller even came up with some money of her own but in the end, Such wanted to surprise her.

"She never knew that we got the car for her, I told her, 'hey, I think it might have been sold' and so, which it was because I bought it," said Such.

Alongside her new car - a gas card, a year's worth of insurance and a check-up from a trusted mechanic were also given to her.

Miller has dreams of working in ministry and coaching others. This car helps pave the way towards her future.

"I drove it home the first time and I was like, this has to be a dream," said Miller.

RELATED: See how people are Spreading Smiles across the Tennessee Valley