“He was so proud of being a bus driver for such a long time, he just loved all the kids and everything.” 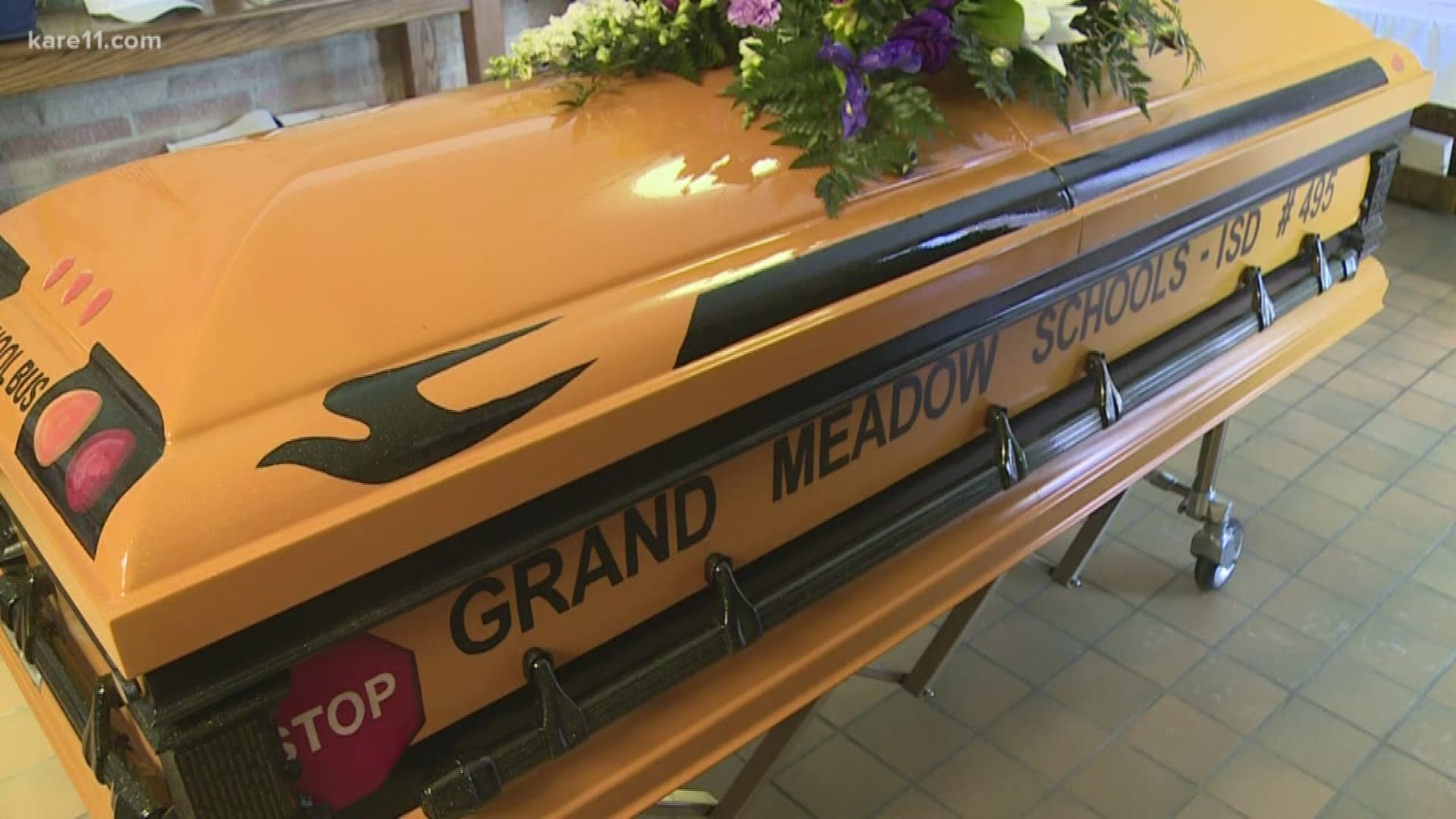 GRAND MEADOW, Minn. — The school bus parked in front of St. Finbarr’s Catholic Church received far less attention on Friday, than the one parked inside.

“I have never done anything like this before,” funeral director Jim Hindt said as he stood beside a custom painted school bus casket.

But then Hindt has no friends as proud as Glen Davis of his 55 years driving school bus for Grand Meadow.

“He always kind of joked with me that it was something he wanted,” Hindt said.

Davis joked, until the funeral director enlisted his artistic niece to paint a casket for Glen – detailed in black and yellow in the style of Glen’s old bus No. 3.

“When we showed it to Glen, he was speechless, almost brought him to tears,” Hindt said.

For the past five years, Davis has loved showing people pictures of his casket and bringing them to the funeral home so they could see the casket in person.

Gary Sloan, Grand Meadow’s transportation director, made sure a bus with Glen’s old route number was parked in front of the church for the funeral – with another bus delivering students from the high school.

“He was so proud of being a bus driver for such a long time, he just loved all the kids and everything,” Sloan said. “He was very proud of the fact he never had an accident in 55 years.”

Pictures of the casket have gone viral the past week on social media, with calls coming from as far away as Germany.

Polly Glynn, another of Davis’ friends, said he would have loved the attention the casket has brought Grand Meadow.

In another testament to Davis’ school pride, he was placed in his school bus casket wearing purple and white, Grand Meadow’s school colors.