Dr. Jonathan Johnson is marking his 14th year as Santa in the neonatal intensive care unit. 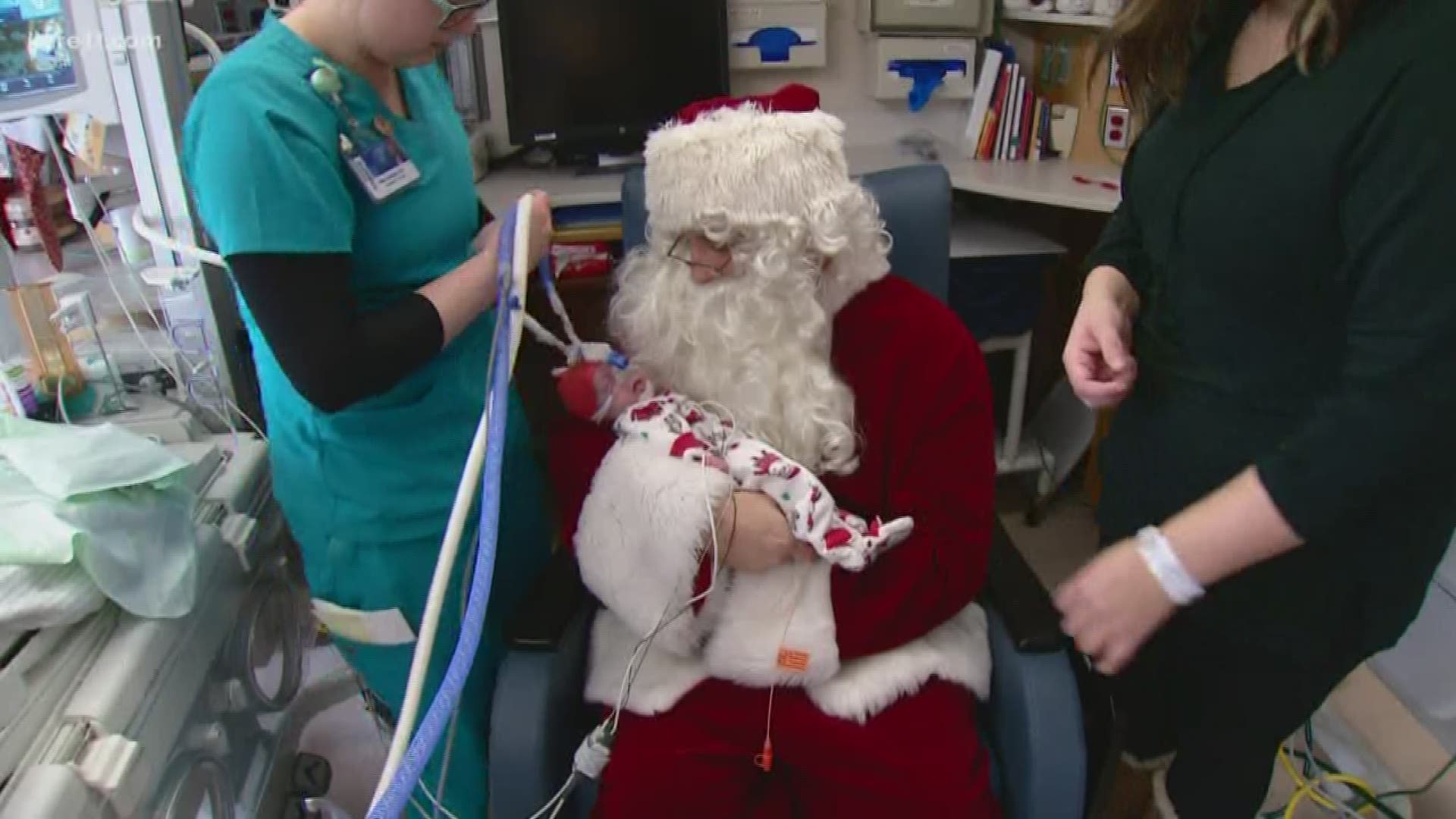 ROCHESTER, Minn. — The faux-bearded Santa strokes the forehead of a prematurely born baby in the neonatal intensive care unit at Mayo Clinic Hospital.

The beard may be fake, but beneath it beats the heart of real cardiologist.

“The best day of the year,” Dr. Jonathan Johnson says.

For the past 14 years, the pediatric cardiologist has been shedding his doctor clothes for an afternoon at Christmastime dressed in red and white, visiting the babies in a unit where not just any Santa will do.

“Yeah, we've had a long journey with Doctor Johnson, so it's pretty special he's here,” says Heather Walker, whose month-old daughter Emily sits in her doctor’s lap attached to breathing and feeding tubes.

Johnson has taken on this role since he was flagged as a resident for having the right body type to fill a Santa suit.

“They wanted me in the intensive care unit with the babies because there’s wires and things that some other Santas weren’t comfortable with,” Johnson says. “I understood where all the wires and tubes were going.”

Johnson’s annual transformation to Father Christmas began before he became a dad himself to two children.

RELATED: Mariah Carey's 'All I want for Christmas is You' finally hits No. 1 for first time ever

He strokes the cheek of Lucah Green beneath a camera connected to Lucah’s parents.

“Merry Christmas mom and dad,” Johnson says with a wave toward the camera.

“It means a lot because I don't get to do this with him in the real world,” she says.

Down the hall, Johnson will stop to hold Page Weston, who’ll be released from Mayo later this week after spending nearly 10 months in the NICU.

“He gets to meet Santa and just in time to bring him home for Christmas,” Liz Page, Weston’s mom, says.  “It's just really special.”

At Mayo Clinic Hospital, a fake-bearded cardiologist is touching hearts for real.