Minneapolis Park Board waits to make decision over homeless encampment

The camp has grown to more than 300 residents living in the park over the past few weeks. 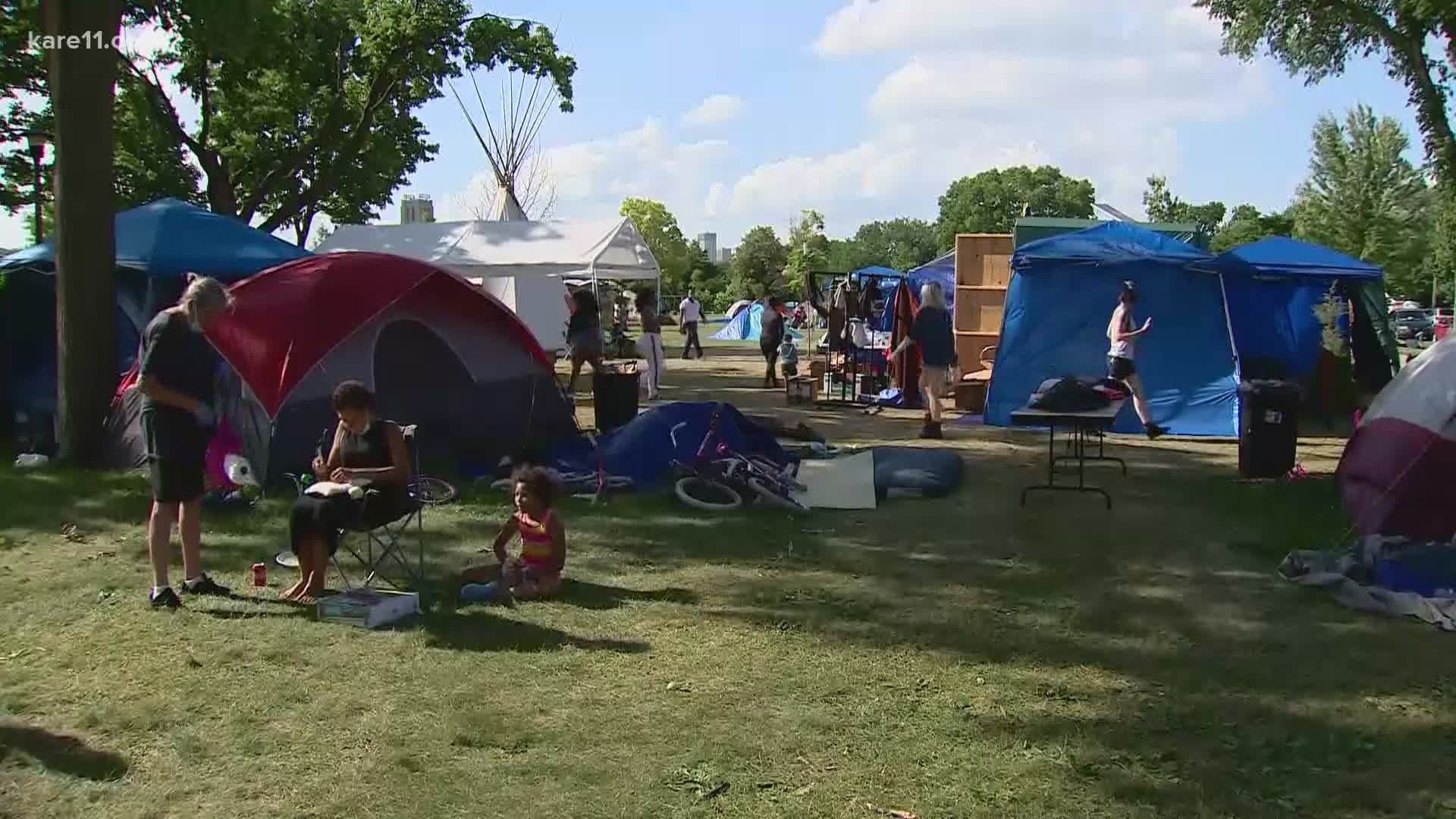 MINNEAPOLIS — Residents of the large homeless encampment at Powderhorn Park can stay there for now.

Wednesday night, the Minneapolis Park and Recreation Board held off on a controversial plan to force many of those people to move.

The camp has grown to more than 300 residents living in the park over the past few weeks.

Park Board commissioners say their decision to pull a vote regarding the future of homeless encampments in the city's parks was based on the fact that they need to gather more information.

Less than a month ago, the Minneapolis Park and Recreation Board deemed neighborhood parks a refuge place for the homeless, but a new amendment is on the verge of forcing those people out come September 1st.

"I'm sick of people telling people experiencing homelessness where to go, how to live and you people have never been homeless before," said Alexis Kramer who is currently homeless.

Had the amendment Wednesday night been approved, this would've limited the number of parks with encampments to ten, and only allow ten tents in each park.

Those living in Powderhorn Park say there's got to be a better solution to what some are calling a man made crisis.

It's those same ideas Commissioner Londel French says the board must take into consideration before a decision is made.

"The people in Powderhorn encampment only two blocks away from my house are people and they are in need of support," said Anastasia Snow who lives in the Powederhorn neighborhood.

Commissioners say the initial plan has some flaws and some real conversations need to happen before a resolution is introduced to the full board on July 15th.

Leaders even mentioned visiting the camp and talking with people living there in order to come up with a resolution that works for everyone.

RELATED: People near Third Precinct scramble after being asked to leave makeshift shelter