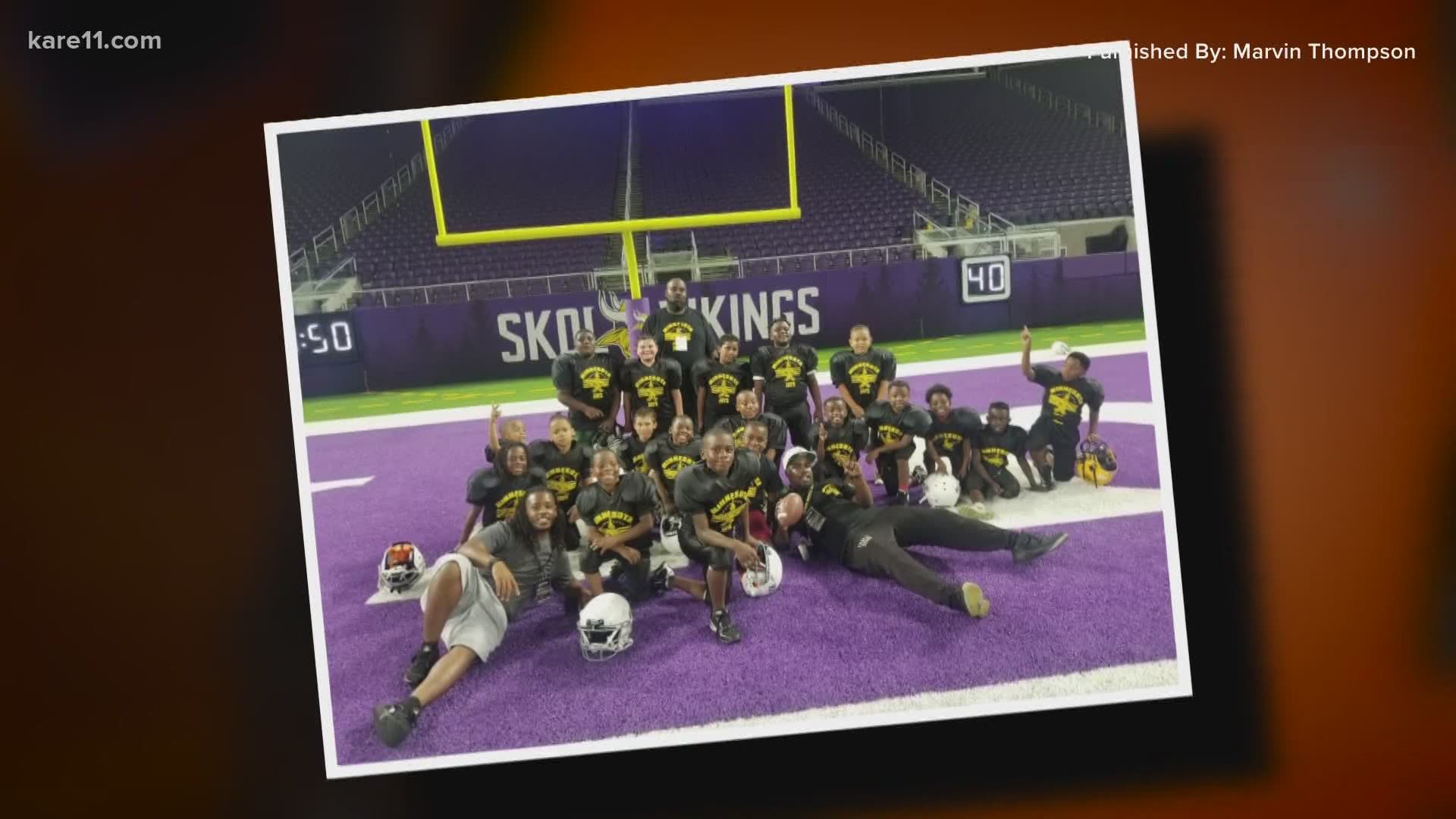 MINNEAPOLIS — The Minnesota Jays are a powerhouse.

With kids as young as five years old and as old as 13, the youth football program captured a national championship in its inaugural 2017 season and finished third at nationals last year.

After COVID-19 shut down spring practice, the Jays returned to the field this summer as they prepare for a busy 2020 that will include a trip to Montana in August.

“We’re doing a drill, so I’m keyed in with the boys,” Thompson said, retelling the events of last Monday night. “Then it’s just… pop, pop, pop.”

Thompson heard dozens of shots. Then came a pause. And then he heard an automatic weapon return fire. A drive-by shootout had roiled the neighborhood near Jordan Park, as bullets sprayed into light posts and vehicles. About 50 members of the Jays ducked for cover. The coaches and parents scrambled.

“It literally sounded like a war zone,” Thompson said.

Carrie Heinrich, whose 12-year-old son plays offensive line, streamed her reaction live on Facebook that night after she helped pull her son and his teammates out of Jordan Park.

“The worst feeling as a parent was seeing my kid laying out in the middle of an open field, with bullets flying, and not being able to get to him,” Heinrich said. “I want you all to think about that for a minute.”

Since the team no longer feels safe practicing at Jordan Park, coaches are eyeing new practice locations outside of the neighborhood. Thompson said he’d like to find vans to take players to and from practice; a lot of them currently walk to Jordan Park but would need rides if the location is farther.

“So we can stop by, make sure the boys get picked up, and make sure they make it home safely,” Thompson said.

Minneapolis Police are still investigating the shooting near the practice field but have not made any arrests, a spokesperson said. That shooting happened within hours of two other quadruple shootings just a few miles away on the evening of June 22.

“I will tell you one thing,” Heinrich said in her video to Facebook followers. “We needed the cops.”

Heinrich and Thompson both said they haven’t had much communication with police or city leaders, who are weighing major changes to law enforcement structures in Minneapolis.

“We don’t have a hate relationship with the police or anything like that,” Thompson said. “I want to see them do their job. I hope they can continue to do their job.”

And Thompson said he’ll continue doing his as coach.

“I just want these kids to be able to grow up and make it,” Thompson said. “It's our job right now, to stop my 13-year-olds, from transitioning to that, and becoming better men.”