Small things can make a big difference. Lesson learned by six Minnesota kids can be a lesson for us all. 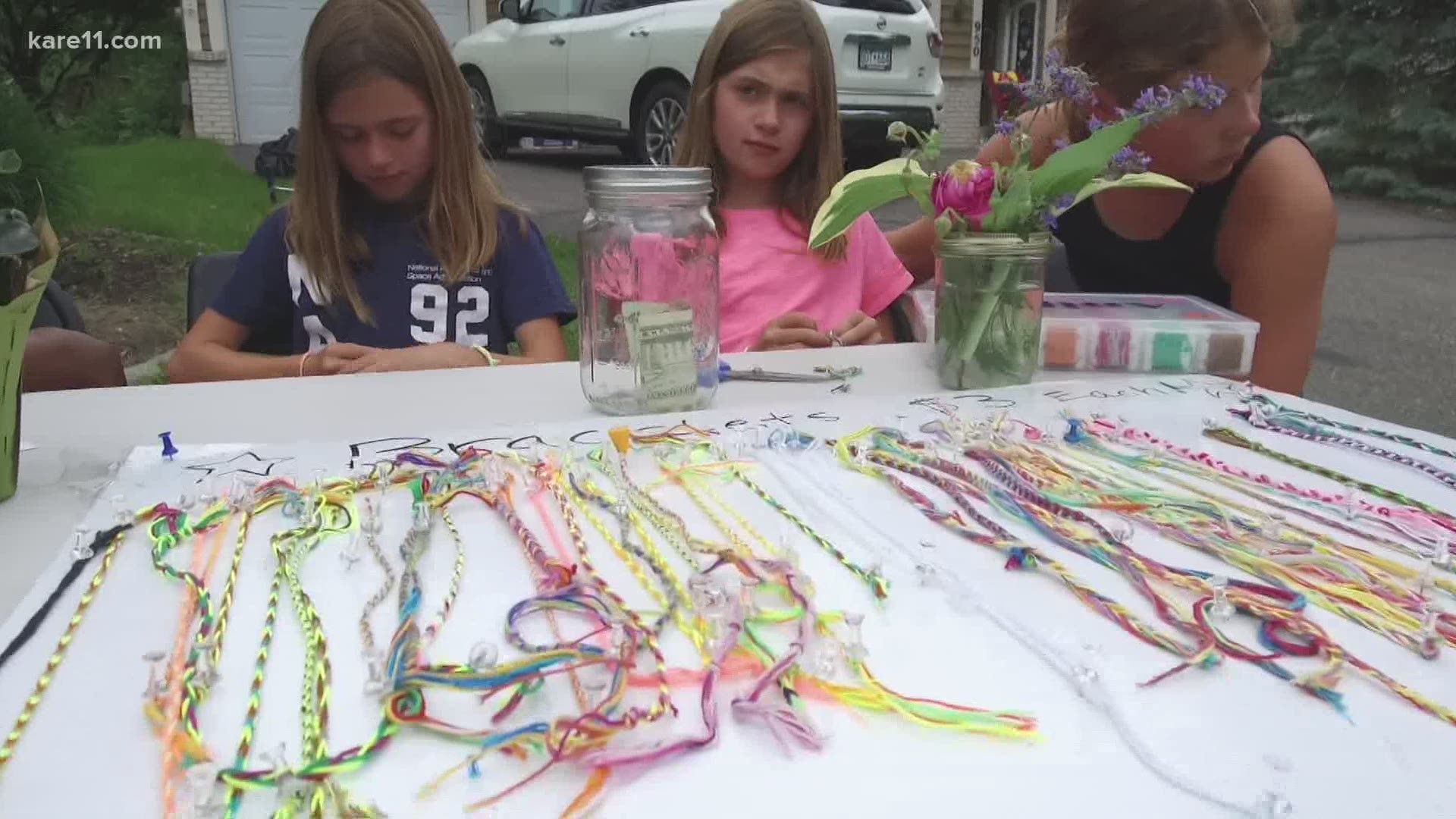 CHANHASSEN, Minn. — A 9-year-old Minnesota girl is getting a lot of attention, and not just here, but across the country.

She and her friends are not only raising money for those in need, but also helping to start conversations about race.

It's hard to believe that something so small has ignited something so big. Kam Johnson and her friends in the neighborhood wanted to make some bracelets. But then, they wanted those bracelets to make a difference.

“They're now giving the proceeds to Minneapolis families in need. And I was like that's kind of cool," says 12-year-old Ava Herzog.

RELATED: How to talk to your kids about racism and other difficult topics

What started as table on the curb got a bit more attention, when Kam's Dad, Ron Johnson, former NFL player and current football analyst, talked about it on KFAN radio. Someone called in and donated $500 on the spot.

“That's definitely more than five bracelets, but whatever,” laughs Ron, “And then Chad Greenway, and Anthony Adams, and Richard Pitino, and Lindsay Whalen, and Rachel Banham, and it just grew,” he says.

Boy did it ever. The donations started rolling in, but that's not all that happened. People started talking. Like real conversations. With the kids, with their neighbors, with strangers.

“Just to be a presence in our neighborhood, that we stand for justice, we stand for loving and serving others, is really what we want to accomplish more than any money we could ever raise with this," says Kam’s mom, Shani Johnson.

RELATED: Wolves guard Okogie: 'I think we move forward together'

The kids ended up on National television, taking the conversation even further. A great lesson for six kids from Minnesota—that even in small ways, you can make a big difference. Perhaps a great lesson for us all.

"She's touched millions of people, her and her friends, with something as simple as a bracelet,” says Ron.

“I think if we all have their heart, of a nine-year-old, we'll all be fine."

So far, Kam and her friends have raised over $72,000. It will be donated to Minneapolis families in need. They will continue to sell their bracelets and have plans to do pop ups around town this summer.