Low milk prices continued to plague dairy farmers in Minnesota and across the country. 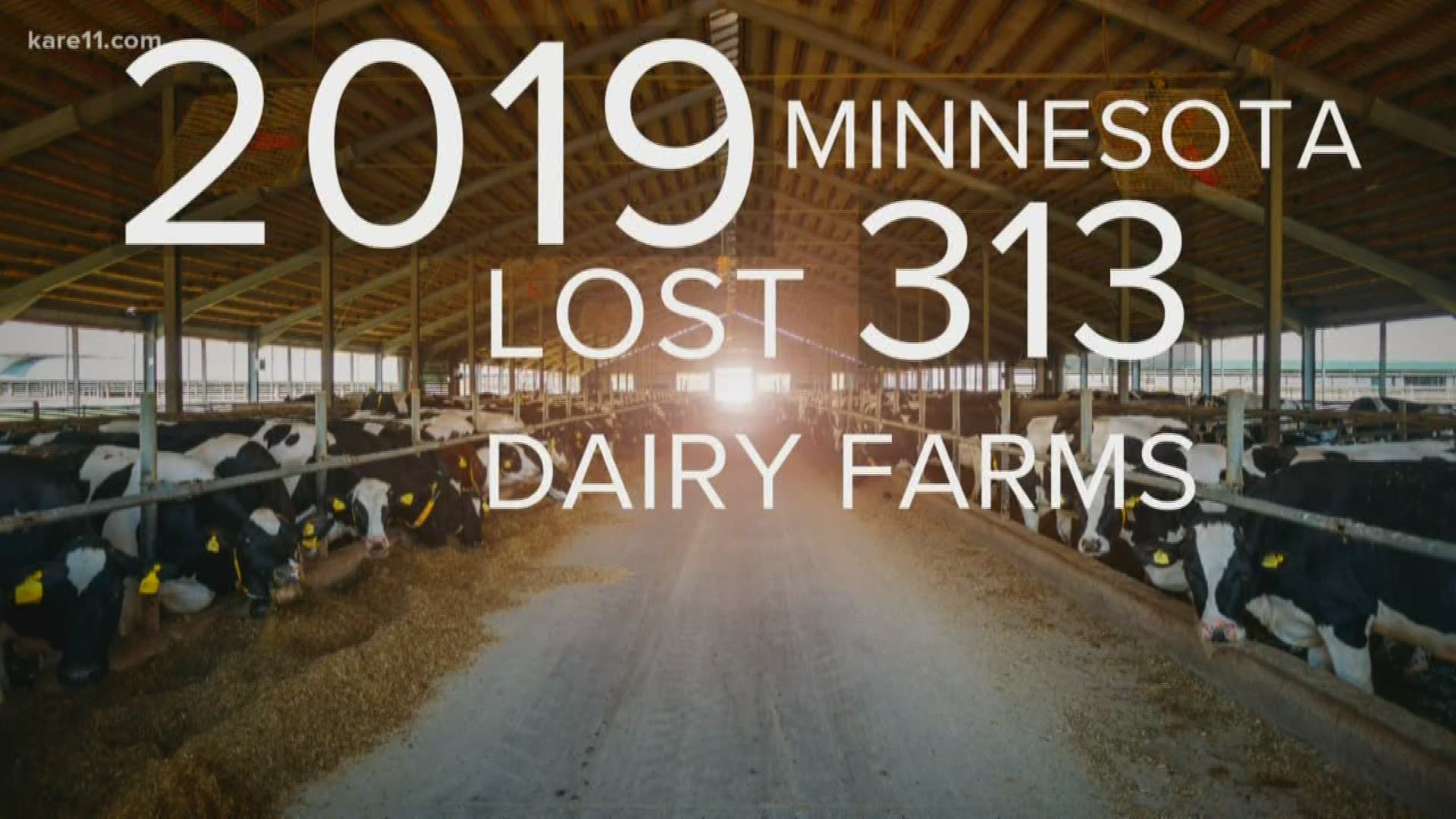 ST PAUL, Minn. — Minnesota’s milk production industry continued to struggle in 2019 as the state lost more than 300 net dairy farms for the second year in a row, according to the latest numbers from the Department of Agriculture.

Lucas Sjostrom, the executive director of the Minnesota Milk Producers Association, called the numbers “sobering” but said they did not come as a surprise.

“One of the things we’re really missing right now is beginning farmers,” Sjostrom said. “Reaching that 11%, that’s farmers net lost. We’re losing that three, four, five percent of farmers that would be starting up and coming in.”

The rest of the country has felt the same pain. Wisconsin suffered through a particularly brutal 2019 year with a 10% loss of dairy farms, and the U.S. as a whole has seen a roughly 30% decline overall in the past decade.

The plight of dairy farming is a complex topic, but the struggles accelerated in the middle of the decade. After record-high milk prices in 2014 drove profits for dairy farms, supply began to heavily outweigh demand and led to a drastic free fall. The tumbling milk prices — coupled with corporate consolidation and a loss of exports to China during a costly trade war — have all contributed to the problem.

Federal and state governments have infused some cash to farmers through subsidies, and a Minnesota rebate program will put more cash in the hands of dairy farmers next month. They are not magic fixes, however.

To rebuild and sustain the industry, Sjostrom suggests farmers need to save on labor costs by becoming more innovative with their approach – including the use of new technology. Robots that milk cows are already prominently featured on some Minnesota farms, part of a growing trend that could help small family farms survive.

One bit of encouraging news: Milk prices have inched up lately and reached their highest levels in five years at the end of 2019.

“There’s a lot of optimism out there, a lot of cautious optimism after what we’ve been through the past four years,” Sjostrom said. “Daily farmers are resilient.”