Navajo teen aims to graduate college with no student loans 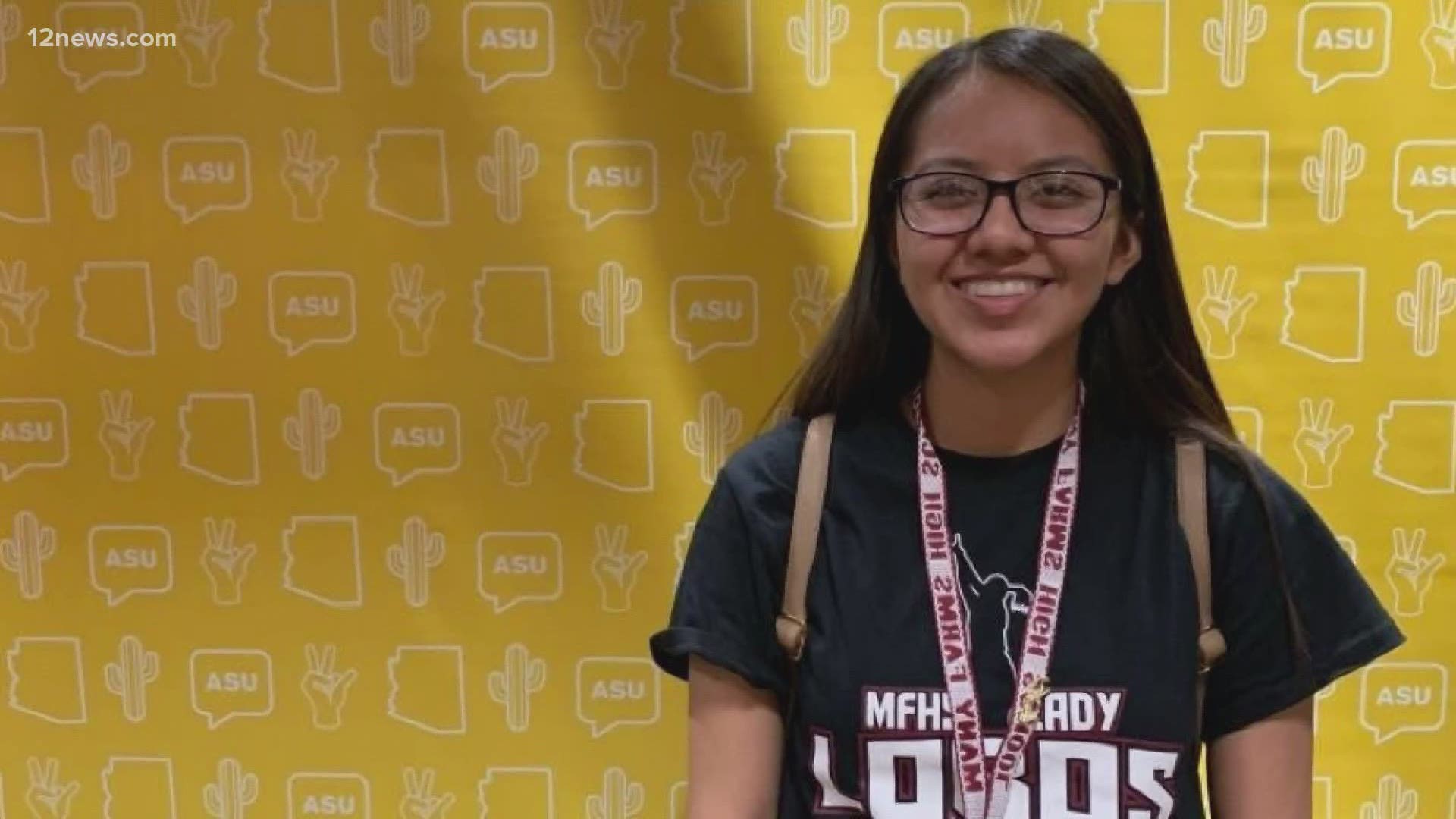 CHINLE, Ariz. — Americans are more burdened by student loan debt than ever before.

In fact, recent studies showed the average student graduates with almost $30,000 of debt.

But a Navajo teen from northern Arizona is trying to beat the odds, hoping to be the first in her family to graduate from a university and not only that but to do it without ever having to take out a student loan.

"I just graduated from Many Farms High School. I graduated as Valedictorian. I'm going to be going to ASU," said Trinidy Monroe from Chinle, Arizona.

"Growing up we all lived mainly with my Grandma in her small trailer," she said. "She doesn't have running water and sometimes we wouldn't have enough money to pay for the electricity, so that was really hard."

Rising above the challenges her family has faced, Monroe has big dreams for the future. She plans to major in Business, but it has been a struggle to get to this point.

"I started out with raffles to get money to pay for school, but that wasn't really working for me," she said.

Monroe applied for a list of scholarships and some she received, others she's still waiting to hear back on. Out of pocket expenses continue to add up.

In the meantime, she has looked for a job on campus and hoped the community can help support her journey of becoming the first in her family to graduate from a university, through a go fund me page.

"I've always just wanted to go to college," she said.

Of the $3,000 goal, she's raised $90 so far. She's hoping to not only graduate from college but to do it in four years without debt.

"Native American kids, they just get looked over, because of the stereotypes, just consumed by alcoholism, and I just don't want to be that kid," said Monroe.

To help Trinidy get to graduation day with no student loans, her GoFundMe page is available for donations.