Neighborhood volunteer gives back to community weeks after home burns down

A house fire burned down Ronnie Guy's house and destroyed everything he owned, including thousands of dollars in donations for Twin Cities Relief Initiative. 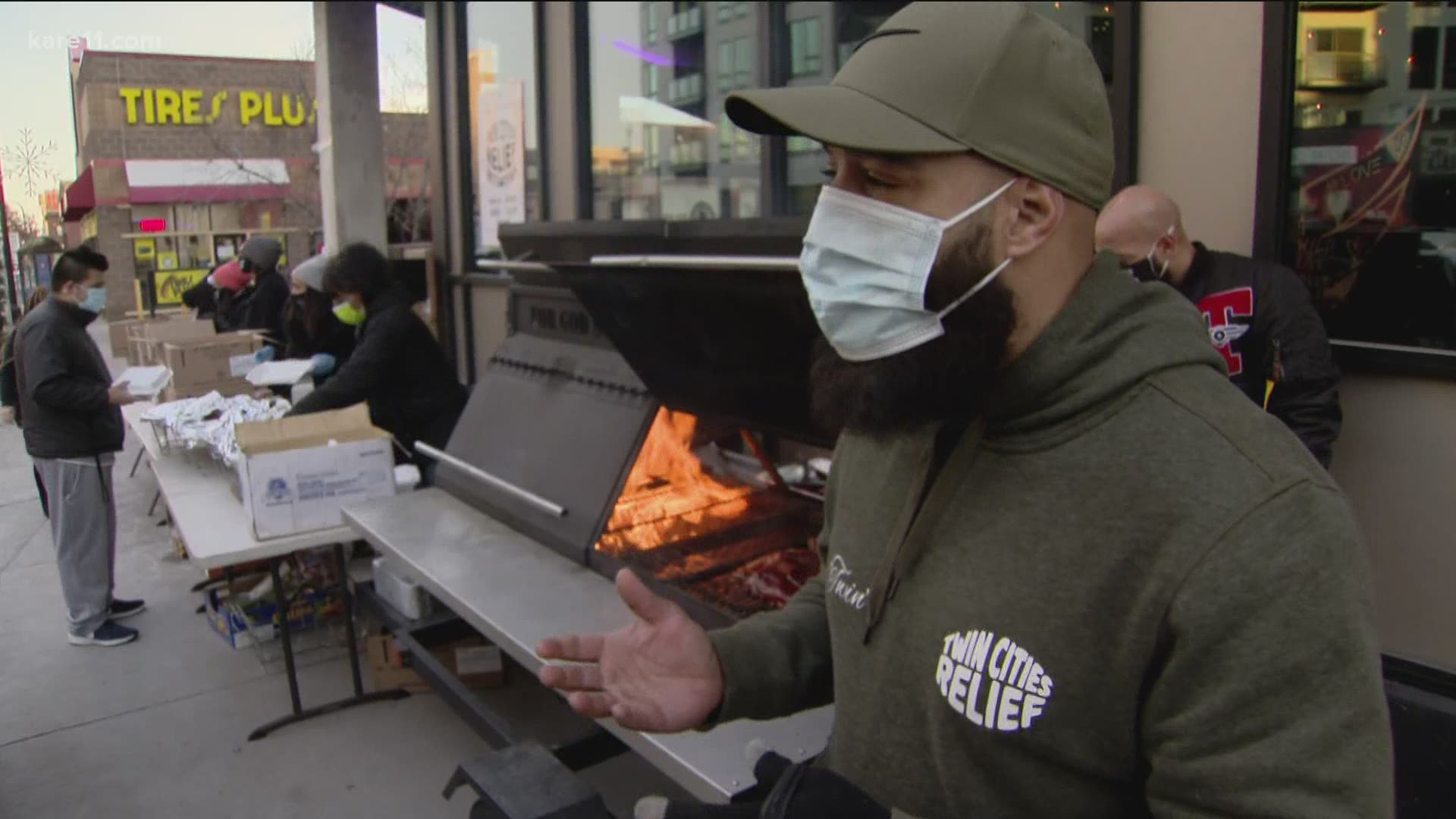 MINNEAPOLIS — Tables were lined with groceries and produce, as organizers with the Twin Cities Relief Initiative took to the grill.

“This is the Ronnie special, these ribs,” said Rachel Nelson, with the organization.

Organizers and volunteers are giving back to people in the restaurant and bar industry, one meal at a time.

“Everybody that has been laid off or having a hard time. We’re asking them to come up here and let us feed you," said community organizer Ronnie Guy.

Guy's house burned down earlier this month destroying everything he owned, including thousands of dollars in donations for his organization.

“Diapers, coats, the community seen our cry for help and service we are doing in the community, and they gave back right away,” said Guy.

Turning a negative into a positive, Ronnie along with volunteers like Eiler, who was recently furloughed from her South Minneapolis bar, came down to the Moxy Uptown to pay it forward.

“I start tearing up,” she said. “The love that you feel from other people.”

"For him to be going through what he's going through and still to be out here giving back to the community,” said George Trueheart, III, with the North Loop Galley.

As people stop by one by one to pick up food and groceries, Ronnie says even through the recent hardships, giving back to others is a passion that not even a house fire could ruin.

“It’s a beautiful thing to give back in such a hard time for everybody,” said Guy.

“We are a family, and we have each other’s back no matter what,” said Trueheart.

If you would like to donate, visit the Twin Cities Relief Initiative website. There's also a GoFundMe set up to help Ronnie Guy here.